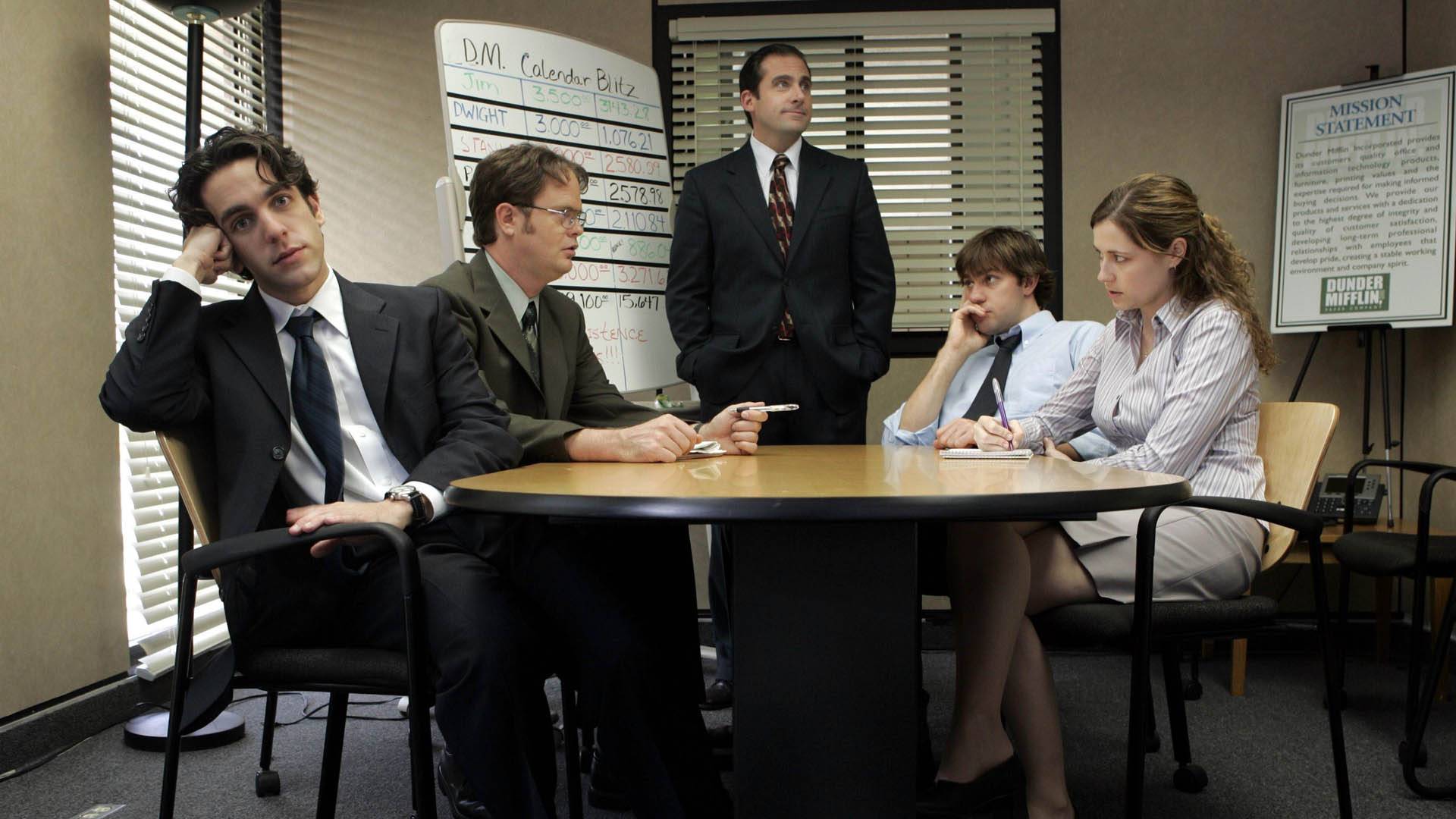 I guess it’s safe enough to say that we are all pretty absofreakinglutely excited to hear that The Office might be making a comeback soon.

According to TVLine , NBC is in talks of producing a revival show that would air during the 2018-2019 season, and promised that the reboot will feature some familiar faces from the original cast.

That was the good news, so prepare yourselves for the bad news.

Steve Carell’s character, Michael Scott, will not be returning to The Office, cue crowd booing sound effects. We know, we’re pretty bummed out by the news too. Imagine Dunder Mifflin paper company without Scott, or don’t imagine, start crying because we are.

Fans of The Office have been chatting up a storm and speculating about the show’s revival since NBC Entertainment Chairman Bob Greenblatt reportedly said in August that he had discussed the reboot of The Office with the creator of the U.S. series, Greg Daniels, often.

“We often talk about The Office, I’ve talked to Greg four times over the past few years. It’s always, ‘maybe some day but not now’,” said Greenblatt said in an interview with Deadline.

Although NBC has yet to comment on the news of the revival, fans are already getting hyped up and ready for Dunder Mifflin Scranton branch to open for business.

The Office is getting a reboot! yes! pic.twitter.com/NEVtka9o86

THERE’S GOING TO BE A REVIVAL OF THE OFFICE pic.twitter.com/zHKPxO8iNS

if the Office is actually coming back ima start ugly crying

If the Office comes back life will be amazing!

But things went downhill when they found out Steve Carell wouldn’t be returning to the show.

When #TheOffice is coming back but Michael Scott isn’t pic.twitter.com/zDnX3Y9brD

“The Office is planning a return”

“Steve Carell will not be a part of it”

me when i heard that nbc is bringing back “the office” but then found out steve carell won’t be in it pic.twitter.com/ayT2fStmSp

With that said, the news of the possible revival received quite a sum of backlash too, with fans claiming that the revival would only set to ruin the show.

I love The Office. I liked the ending and have made peace that it came to an end. I don’t want it to come back and not be as good as the original run.

This ended perfectly, don’t do this. https://t.co/mY9mwoTimk

The original ending to the series was incredible and the show is nothing w/o Michael Scott. Here’s my thoughts on The Office revival: pic.twitter.com/U0WL3r0e6T

Why can’t people just let The Office rest in peace? The revival is gonna be terrible and you’re all gonna hate it & complain about it for months

What are your thoughts on the revival of The Office? Yay or Nay? Tell us in the comments section!

Check out these awesome Netflix shows: