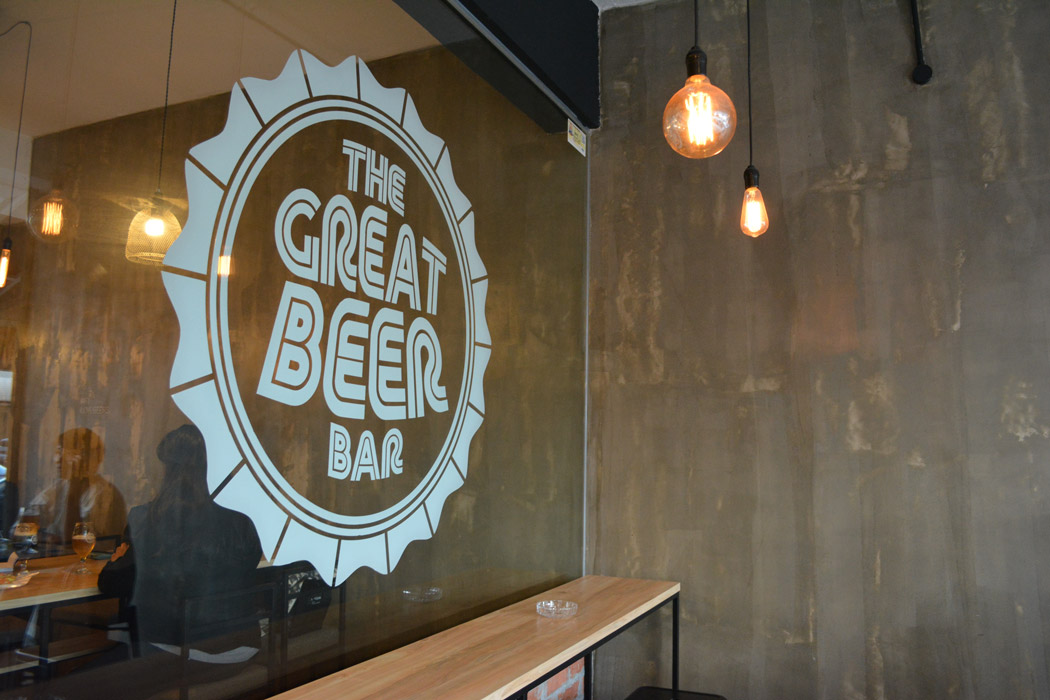 Best Beer (Bar) in Town
There’s a new addition to the hubbub of F&B outlets at Damansara Uptown, but don’t worry, it’s not yet another café nor is it an ice-cream parlour. Instead, it’s a bar– and yes, we know there are a few pubs ‘round these parts, specifically poorly named dodgy ones our bosses like to frequent, however, you have our assurance that The Great Beer Bar completely deviates from that norm. It does, indeed, live up to its namesake.

Started by the partners that brought you Ales & Lagers in Publika—Yan Phoa and Kenn-Hyn—this new venture is a significantly more attractive venue to allow patrons to have a more immersive experience while they savour the wide selection of craft beers. The Great Beer Bar usually has six to eight draft beers on tap, which includes pale ale as well as a stout option. Served chilled at a ball park temperature of 8°, the beverage will be served in a wine glass for purposes of presentation and to encourage customers to nose the beer—just as one would with fine wine or liqueur. The owner Kenn has a particular affinity for Indian Pale Ales but among the catalogue of craft beer sold there, the popular ones are brews by The Celt Experience, Thistly Cross Cider, and Arrogant Bastard Ale (for a clear reason).

There is no definite menu for the beer that will be on tap—if the keg is empty, the plaque will simply be taken down from the wall. This is the same approach when it comes to the food menu as well. The culinary portion of the bar is handled by two separate entities, namely Koolinary Ronins for the Friday and Saturday shift while Curbside Cantina will operate the kitchen for the rest of the days of the week. It was on a Monday evening during the time of our visit, so we had the opportunity to sample the entire six-course menu that expanded upon Curbside’s usual Mexican fare.

If you happen to have intolerance for alcohol, the impeccable food is more than capable to reel you in. The dishes had no whimsy names (bless them) as the simple dishes had the taste and flavour doing the real work of wooing us. Among the excellent choices, there were three standouts; the chicken liver pate, crispy chicken wings, and chicken quesadillas. But the winning chicken liver pate was expectedly unctuous and decadent with a specific sweetness to it that was later revealed to be condensed milk—which we thought was chicken schmaltz at first— swirled on top. Where else can you find this meticulous layering of flavours in a pub grub?!

The prices at the Great Beer Bar are as stated, with no service charge, although there are eagerly helpful staff on hand to help you out in case you’re unsure. So do not turn away at the sight of the pricing because what you pay for — the beer and the food — are carefully crafted (and curated). Do not deprive yourself, go ahead and indulge.