The Marvel Cinematic Universe (MCU) has definitely expanded in size with the variety of new characters being brought to the big screen. The lineup of movies to be released this year alone already has us on the edge of our seats for what to expect. If you’re still feeling tender from Avengers: Infinity War, firstly you are not alone, and secondly don’t worry there’s definitely more to come.

Marvel Studios president Kevin Feige, recently teased the BBC that the introduction of Muslim superhero Ms. Marvel in the MCU is “in the works.” How freaking exciting is that?! A Muslim superhero, that’s a woman, to headline in the MCU. I don’t know about you but I’m definitely feeling the hype and appreciating the expansion of diversity in the MCU, and superhero movies in general.

The Marvel movie scene has become more inclusive in recent years and Feige has hinted vaguely that it will continue, with Black Panther recently opening the floodgates to the potential of diversity in the MCU, showing tremendous success in the box office.

Now, with Captain Marvel expecting to be released early 2019, being one of the first movies in the MCU to be headlined by a female lead, we can expect more great things to come from the franchise.

Feige told the BBC that they “have plans for [Ms. Marvel] once we’ve introduced Captain Marvel to the world.” In the comics, Ms. Marvel’s alter-ego is Kamala Khan, a Muslim Pakistani-American teenager from New Jersey who was inspired by Captain Marvel. Kamala Khan was introduced to the Marvel Comicverse in 2013 and the Ms. Marvel comic series debuting in 2014 has already received many awards validating the importance of diversity and representation in the comicverse.

Some folks have pointed out that it could be local actress Raja Ilya who’ll be playing the role of Ms Marvel. This is based on her social media posts from last year that announced she was offered a role to play a character in Marvel movie. She has since then, turned down the role to protect Islamic values as reported by Hype.my.

Each day holds a surprise. But only if we expect it can we see, hear, or feel it when it comes to us. Let’s not be afraid to receive each day’s surprise, whether it comes to us as sorrow or as joy It will open a new place in our hearts, a place where we can welcome new friends and celebrate more fully our shared humanity. He’s one of the best person I’ve ever met ,thanks @joeymcfarland .❤️ #work #losangeles #positivevibes #thinkpositive #hollywood #malaysia #rajailya

I think it is wonderful to see that Marvel are planning to expand their horizons even further. Kamala Khan will definitely become a figure of inspiration to young women and Muslim girls. Marvel is taking a step in the right direction.

Now if DC could bring Batgirl’s Malaysian-sidekick Munira Khairuddin AKA Obscura to the big screen, that would just make my day/year/lifetime.

Are you excited for Captain Marvel? Who do you want to see play Ms. Marvel? Let us know in the comments below! 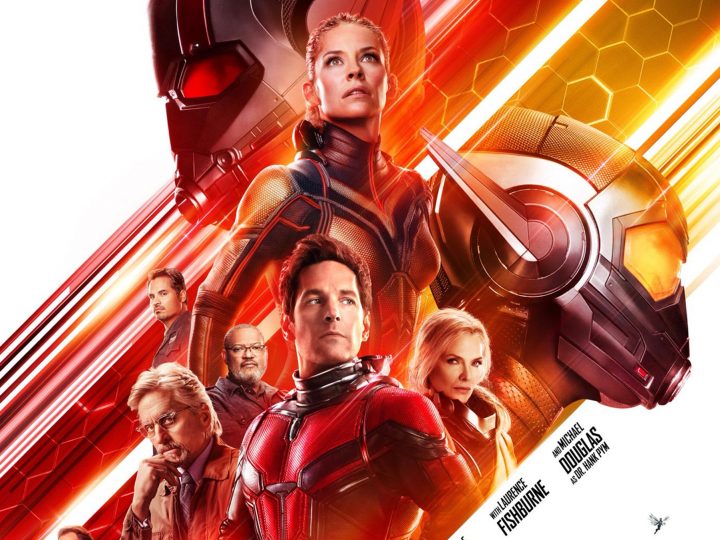 Continuing the Marvel Hype: Ant-Man and The Wasp Trailer