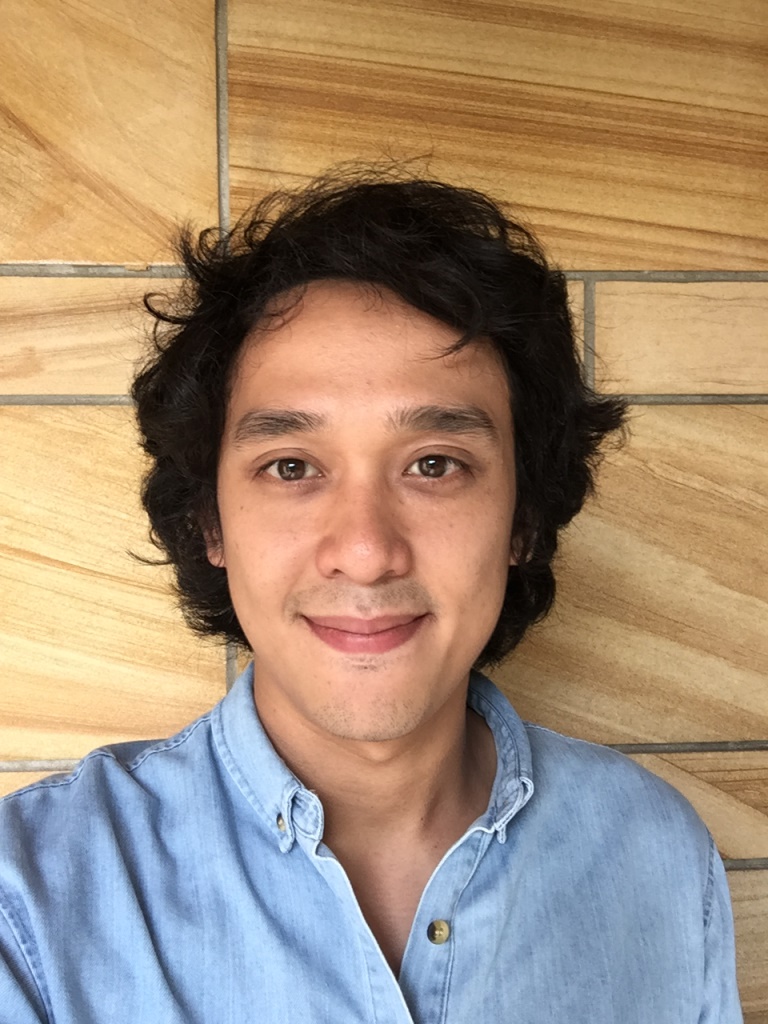 Director Taufiq Kamal — who is also a production designer and art director — has done television advertisements for KFC and Horlicks, as well as designing sets for films such as Terbaik Dari Langit and Kami Histeria. However, we were first acquainted with Taufiq via his directorial debut Rozita Binti Roslan, which won first place at the 2014 BMW Shorties, awarding him with a production grant of RM75,000. With that sum of money, the 30-year-old Lim Kok Wing university alumnus made his latest short film entitled Terbit 23 about a struggling writer, Aditya, who is transfixed by the mysterious and comely Airis. Predicting that the man is set for greater things in the film industry in the offing, JUICE spoke to Taufiq about his two films, the MPDG trope, and more.

Who are some of the filmmakers that inspire you? And what was the film or director that prompted you to pursue a career in this field?
Well, I’m a big fan of Michel Gondry — his movies and his style of filmmaking have influenced me in my process. Another director who I look up to is Wes Anderson. The first movie that I ever watched that made me want to make films was Darren Aronofsky’s Requiem For A Dream.

Rozita Binti Roslan was your directorial debut, yes? How did you fund the project?
Yes, Rozita was my first directing debut — it was self-funded. Pidos and John Hafiz were the first initial team who came up with Rozita. It was a very small team and was shot very lo-fi.

Rozita Binti Roslan was also your entry for the 2014 BMW Shorties — and it won first place and the RM75,000 grant. Was there pressure surrounding the making of Terbit 23?
When we submitted Rozita, we didn’t think that we would win the grand prize. Our initial aim was to get at least [somewhere in] the Top 10, and when we did, we were already ecstatic, what more with winning the grant. There wasn’t a lot of pressure, but I guess we wanted to produce a different film from Rozita.

Why did you decide to use the grant to make the story of Terbit 23 come to life? Was Terbit 23 a film you’ve always wanted to tell on screen?
Rozita was us being very playful, so we decided then we wanted a different approach this time. That’s when we came up with Terbit 23. We wanted to share a piece of us through [the film], to trigger certain emotions visually and audibly. And with the grant, we could play around with more ways and techniques to execute our visions onto film.

How long did it take for you and your team to conceive Terbit 23 — from initial idea to the final outcome?
From the initial stage, we came up with the story, and finishing the script took us three months to finalise everything; assembling the team together and pre-production was a month [long]. The initial shooting days were only three days, and the post-production took us another month.

Was RM75,000 enough to make the short film?
Yes, the grant was enough to fund the whole film, and I guess you kinda have to work within the budget that’s been given. Just being realistic.

How did you manage to get Zul from Dirgahayu to score Terbit 23? Did you have a hand in the making of the song?
I’m a fan of Akta Angkasa and Dirgahayu, but I didn’t personally know him. He’s actually good friends with Firdaus (scriptwriter), John Hafiz (editor), and also Jonny (producer). I discussed the concept and the direction of the music for Terbit with the team, and they suggested Zul. So I met Zul and told him about Terbit 23, and he was really excited about being on board. I told him what emotions that I wanted to [be triggered] in each scene, the direction of the film, and the rest was his magic.

How did you decide on the casting of the actors for Aditya and Airis? Dali isn’t exactly known for being an actor for one…
John Hafiz — the editor — was also the casting manager for the film; the process was very interesting as we used social media as a platform. We met them over coffee to see whether their personalities suited the characters, [and we] had a screen test. There were certain looks that we were looking for both Aditya and Airis — a certain presence and chemistry — and Dali and Bianca played both of the characters really well.

In Rozita Binti Roslan and Terbit 23, the characters in both films deal with identity and existential questions. Are these types of heavy reflections about life something that mirror how you feel personally?
Rozita and Terbit both have identity and existential elements in them — I guess it’s the questions that you constantly ask yourself in life or the voices in your head, finding your muse. It’s kinda like you’re subconsciously talking to yourself. And I do that, I talk to myself and have these things at the back of my head.

Though the female characters are not outwardly quirky, they do have some Manic Pixie Dream Girl qualities to them in that they are there to help the male characters figure themselves out. As a director, what do you think of the MPDG archetype?
Well, we are just trying to tell a story from our point of view, the roles can be reversed; either way the message or story would still be the same. It’s that subconscious voice in you; the voice in your head is what I’m portraying in a form of a female character and vice versa.

As someone who’s still a relatively young director, how is the local film industry from your perspective?
The local film industry has a lot of potential, it’s growing. It needs support from the audience as well; we are at the age of the digital era where everything is so easy and quick, be it music, art or films. So I hope more young filmmakers would come out, and with this, the industry can grow and develop.