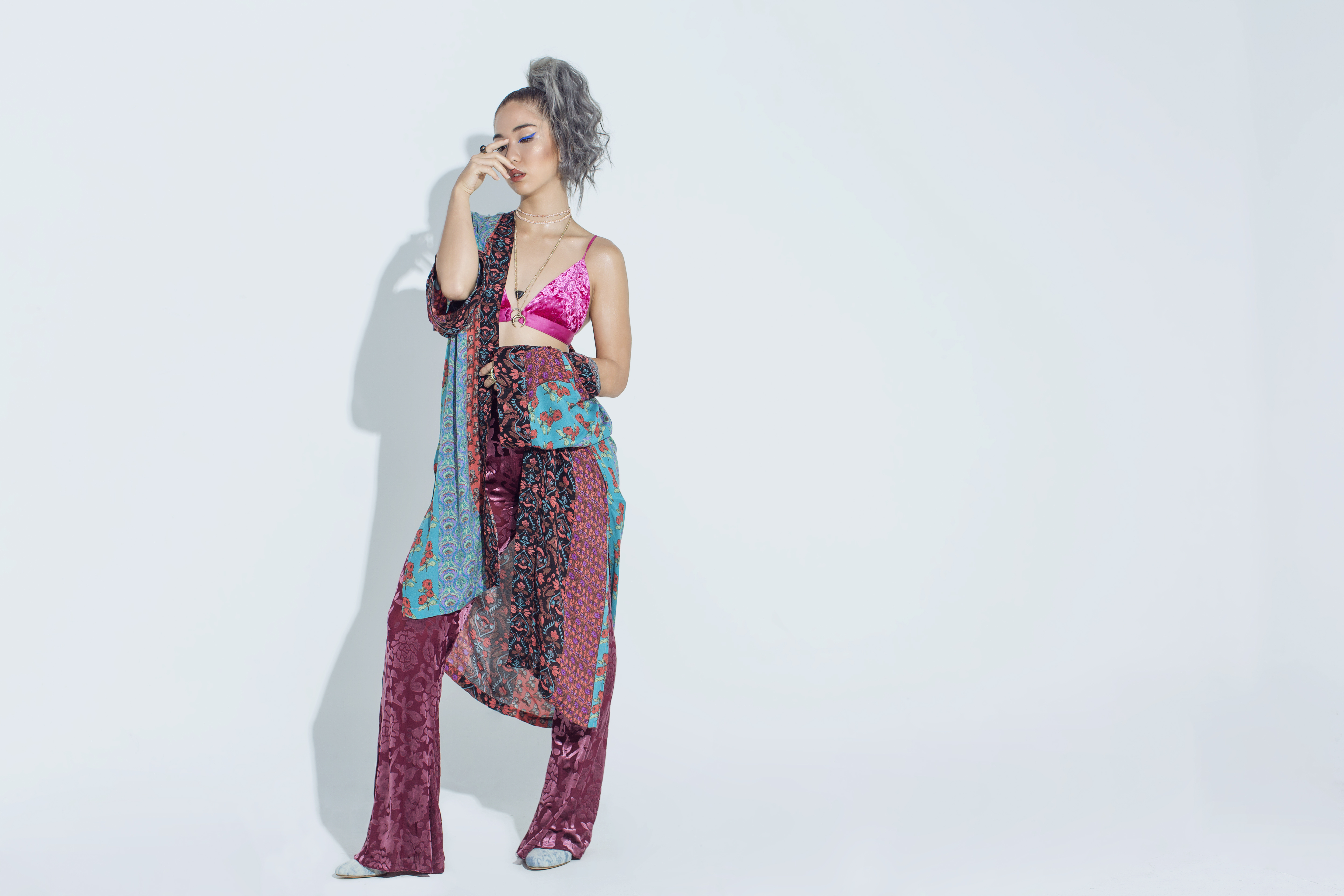 YouTube cover singer, fitness enthusiast, parkour girl, singer-songwriter – these are some of the titles Talitha Tan has held since her musical debut both on her popular YouTube channel and on stage. Just a year ago, the young songstress released her single ‘Okay’, garnering 439k views up to this date. She’s also a familiar face in a few open mic nights around town, not forgetting the times she’s graced bigger stages like Publika Jazz Fest, Urbanscapes, and Good Vibes Festival. There’s definitely no denying that this woman works hard, often surprising those who’ve followed her journey since six years ago.

‘Please Stay’ is probably Talitha’s most profound single so far. Wholeheartedly channelling her role as a daughter, the song is a refreshing call for gratitude not just to the singer herself but also to her listeners. To understand more about her latest single, the upcoming music video, and everything else she has been up to, JUICE got cosy with Talitha via email for a quick Q&A session.

It’s been a while since we’ve heard from you (last was ‘Okay’). What have you been up to?
I’ve been writing, looking for producers to work on my songs. And on the side, sports! Joined a couple of rock climbing competitions (Top 5) and a powerlifting competition (1st place).

“I guess you can say I’m a perfectionist too? I refuse to publish a song that I myself am not happy with.”

Speaking of which, what is the music-making process usually like for you? It took quite some time for this new single to come out after ‘Okay’ did.
I’ve actually had ‘Please Stay’ for a year plus now, it just took some time for me to find a producer whom I’d like to work on it. This track in particular was produced by Tatsuro Miller. I write the best when I’m emotional, I feel as if it would be a lot easier for me to pour everything out into my music. I find it very important to have feelings in my song. I guess you can say I’m a perfectionist too? I refuse to publish a song that I myself am not happy with. So, I guess it makes it relatively hard to finish up a song too (laughs).

“[‘Please Stay’ is] about how I understood everything that my mum has been through.”

‘Please Stay’ talks about the relationship between you and your mother. Walk us through some moments that led to its creation and the lyrics of the song.
‘Please Stay’ was written when I was fighting with my mum. I felt bad, picked up the guitar, and wrote the song. It’s about how I understood everything that my mum has been through. Mum’s horrible at expressing and saying she cares, so the chorus was written in her perspective saying that all she wants is for us (my sister and I) to know that everything she does is for us. She’s selfless. But I also wrote it in a perspective where I didn’t want it to come off cheesy, and also in a perspective where it could apply to anyone. My mum and I at one point weren’t close, constantly fighting, could barely speak to one another. I guess because both our egos were up and [we] refused to admit wrong. Then one day when we were fighting, I decided to put down my ego, go up to hug her and apologise, mum did the same after. And now we’re inseparable! (laughs) I love her very much.

How did your mother react after she heard the song? It must’ve been extremely heartwarming.
I first sang the song to my mum at one of my performances at No Black Tie a day after her birthday, that was the first she heard it, and she cried. Goals in life, to make my mum cry!

“I’d say I gave him (Tatsuro Miller) a relatively hard time figuring out what sound I wanted, [and] had a couple of different versions of ‘Please Stay’ before we got the final one.’

Tell us more about the behind-the-scenes with Tatsuro Miller.
I first met him at a recording house a couple of years back to record a track for a commercial. I knew i loved his work and that I’d eventually would want to work with him, so I reached out to Tats early this year, sent him a couple of my songs, and he chose this one in particular. I’d say I gave him a relatively hard time figuring out what sound I wanted, [and] had a couple of different versions of ‘Please Stay’ before we got the final one. I’d say it’s worth it, I’m really happy with the final [version]. I remember when we got the sound we would just vibe to it in the studio. And I’d go home feeling super excited and thinking about the day I’d be releasing the song.

Name us some of the local and Asian acts that are doing great things for themselves and their country at the moment (including yourself of course!).
RYÖT JONES, NYK, Alextbh, Airliftz, SonaOne, Battle Bloom, Darren Ashley! Hehe, these are my favourites.

Give us a bit of a teaser for the music video of ‘Please Stay’ in only three words.
‘80s/’90s old school, funky, flirty? (Laughs)

When can we expect to get an EP or full-length album from Talitha?
Hopefully by sometime next year?

Talitha will  be premiering the music video for ‘Please Stay’ this Thursday 23 November at The Bee, Publika. Mark your attendance here.

Read more about these local artistes:

‘FWB’ is as bad of a habit as nicotine and codeine.

An honest discussion about the music industry and the gentrification of towns.

From bedroom musician of the SoundCloud ilk to a grown, end-of-his-teens rapper who’s out to put food on the table.