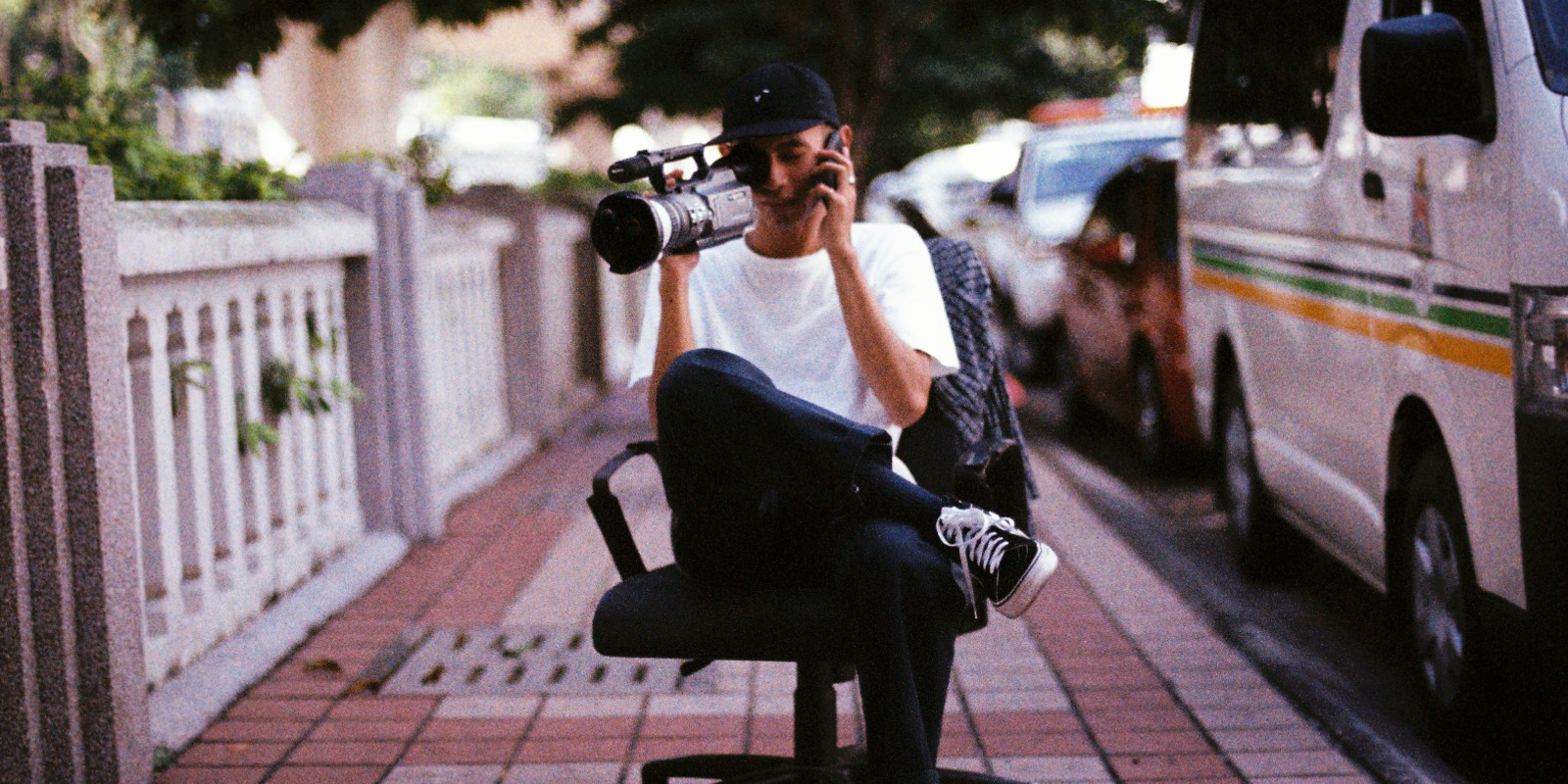 You told us a while ago that you were in Singapore, what were you doing there?
I got my latest video screening You Do The Caption? alongside a film photo exhibition, [which was] an event by Waxfeather (a limited edition skateboarding mag). Thanks to everyone who hates me! (Laughs)

When did you start to film skateboarders? How does one balance oneself skating while holding a camcorder?
I started filming skateboarders when I realised that there was no one who did things that I wanted to see a few years back, so I [did] it myself. I believe in “DIY punk/hardcore [ethos].” LMAO. Regarding holding the camcorder while skating… yeah, it’s difficult as fuck at first, but fuck it, I just [gave] it a go and the rest is history. [I’m] forever an amateur, huhuhu (gelak Azman).

Have you obtained/seen any serious wipeouts while filming?
Yep, the worst was ‘The Penguin Drop’. It’s like a faceplant with handcuffed arms at the back of my waist – and ‘Jatuh Body Style Bentuk Nazi‘.

“Yo, skating is like having
sex with your hater’s sister.”

Do you have a folder of ripped/bootlegged videos? How do you keep track of all the videos that you’ve incorporated into your videos?
Yep, bootlegging forever! It’s a secret. “Polis ada dimana-mana, hanya cinta yang mampu mengaburi mata mereka.” LMAO!

How many times have you and your friends gotten in trouble with the authority? We saw a scene where a guard came up to you guys at an LRT station.
Each and every time (laughs). Oh, Mark Ak and I once got fined RM15 per person (laughs). Hit and run spots are always fun as fuck — lagi-lagi when it’s governmental and capitalistic buildings. My dream is to wall ride the parliament hall. Fuck sports, skateboarding is a crime! Okay, jokes. LMAO.

Some of your videos contain some explicit clips, like, guys jerking off and a couple basically having sex on a motorcycle. Why did you include these clips? Is there more meaning behind them or purely random?
It’s an art – whuttt?! Oh, when I got anxiety attacks or overthinking about my dark future, I’ll watch pornography and skate videos a lot. Yo, skating is like having sex with your hater’s sister, rare vibe and good for your heart! LOL.

“I don’t care anymore whether it’s skater-owned or not.
If the direction of a company sucks, it will suck.”

In the 50/50 video (above), which we think is your masterpiece, there’s a quote in the video that goes, “The skateboarding industry was founded and run by skateboarders. There are some companies that are trying to take this away. It’s time to wake up! Quit! Quit! Quit!” over a robbery footage. Can you explain the significance of this?
I don’t care anymore whether it’s skater-owned or not. If the direction of a company sucks, it will suck. People like them [have] made skateboarding not cool anymore, and some people have to die… (laughs). Joking! Yo, next time interview me about music, please… (laughs). By the way, there is mainstream and underground skateboarding… Hmm, skateboarding sucks, skateboarding rules.

Alright. On to music, what do you listen to when you’re filming, skating, and editing videos?
‘90s “underground” hip hop. And, this one [a scene from Sumpah Pontianak], I take it so seriously…

Do you think that there are brands that are only using skateboarding for their own marketing and promotional strategies to seem appealing to a specific demographic rather than being integral in cultivating the skateboarding culture?
I don’t care anymore, as long as the brands make something cool and creative. I fuck with ’em! Hehe.

Aside from putting cool shit up on the internet, what is your purpose or aim for you to make these videos?
It’s a secret.

How did you come to work on Killeur Calculateur’s ‘Golden Triangle’ music video?
It’s secret. #realrecognisereal.

Tep Yorke uploads videos as Q U I T on YouTube.