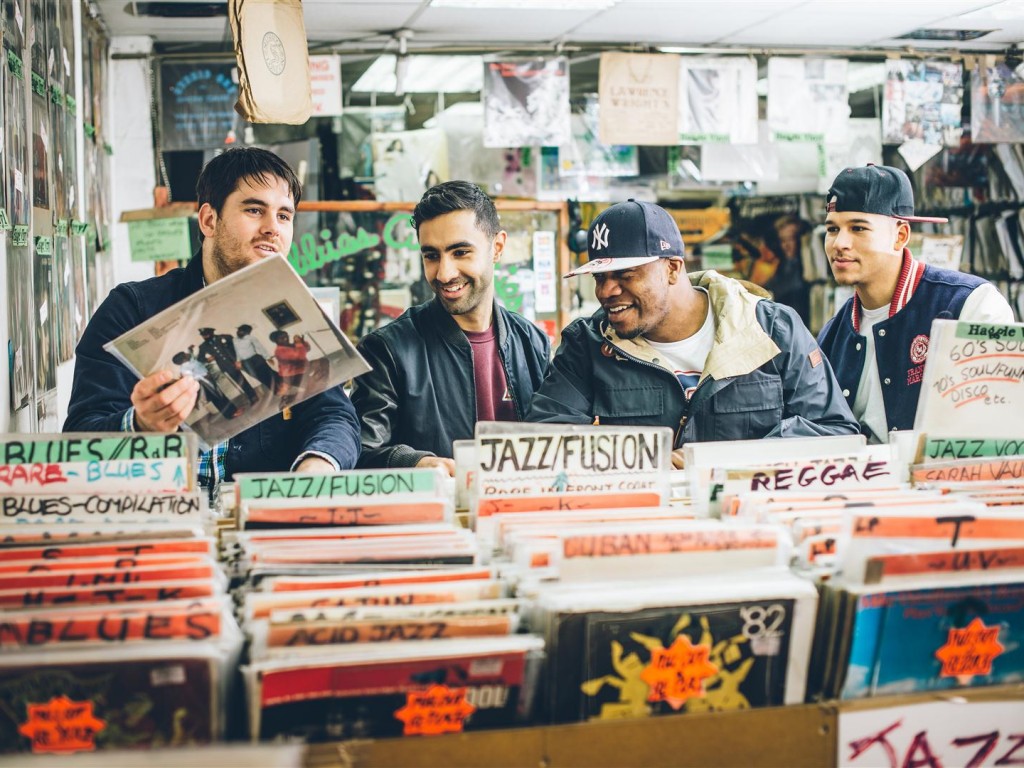 With a prime directive to inject soul into an increasingly vacant dance scene, you can tell that Rudimental ain’t your average hitmakers. After all, songwriters and producers Piers Agget, Kesi Dryden and Amir Amor, together with DJ Locksmith, are the four East Londoners who fashioned last year’s summer sensation ‘Feel the Love’ – a soulful d’n’b joint whose expressiveness is indebted to the collective’s cumulative influences and guest John Newman’s vocals. The follow-up is just as human in its emotions, ‘Not Giving In’ features John Newman yet again, whose vocals surrogate for the band’s meta-commentary of well, not giving in to pressure. Pressure being industry conformity, of course.

“We’re a songwriting group, not just bedroom producers,” declares Amir in an interview with Telegraph. Accurate considering Piers used to be in a blues band and Amir himself covered Marvin Gaye growing up. It helps that the group goes Sly & the Family Stone big when playing live, with up to 12 people (sessionists and themselves) singing and playing instruments. They are no outsiders though, as Amir put it “we all loved electronic music but had a lot of respect for older soul.”

That combined with their growing up during the heydays of quintessentially UK genres – grime, garage, d’n’b, dubstep – and being pirate radio DJs themselves as inner city teenagers, it’s no surprised that their goal is to achieve the same career plateau as Massive Attack.

“We want to be like Massive Attack, with classic albums that have a distinctive sound, but are hard to classify as a certain genre,” Amir says in the same interview. Unsurprisingly, their upcoming debut album is said to be an eclectic mix of everything from house, garage to jungle – all filtered through their soulful ear for creating a connection between sound and human emotions.

DJ Locksmith and keyboardist Piers grew up on the same road in Hackney together before meeting with drummer Kesi in college. They then began making music together about seven years ago before finally meeting up with Camden-born bassist Amir in 2011. This led to the foursome doing remixes in the Hackney studio where Amir was based in, which eventually led them to realise there was a cogent musical chemistry among all four – the genesis to Rudimental as we know them today.

Interestingly at the time, they all taught music to underprivileged kids. Perhaps this played a role in their need to pursue weightier dance tracks. Poor kids also seem to be a frequent theme in their videos as well, from Londoners themselves (‘Feel the Love’) to kids from the shanty towns of Manila (‘Not Giving In’). In a time when DJs are more concerned with the arms-stretched Jesus moment during their sets, Rudimental is making EDM with pathos and meaning on a commercial level.

More on the group at www.rudimental.co.uk.