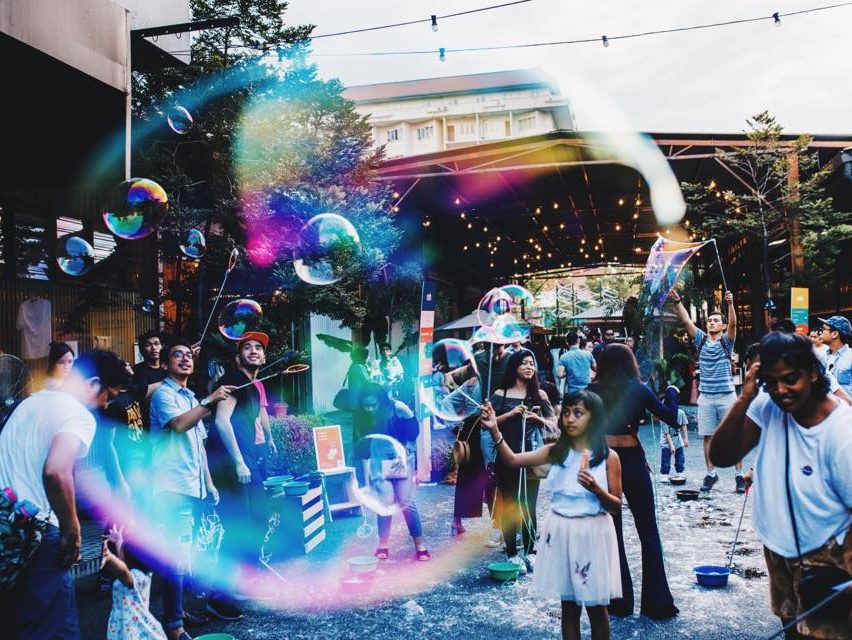 RIUH’s prelaunch saw Malaysians from all walks of life and expats coming in droves to the creative marketplace, so what better theme is there for its forthcoming September edition than to have it on Malaysia Day. This isn’t just in name either, there will be proper representation of our brothers and sisters from East Malaysia – Kuching band Meruked, best known for their stellar traditional cover of The xx’s ‘Intro’, is set to regale us in the West with their sape-embellished ambient tunes; then, there’s a woodcarving and printmaking workshop in collaboration with RekaNegaraku by Sabah-born illustrator Rico Leong, whose punk aesthetics have now been translated to woodcut works.

Watch Meruked’s live performance of The xx’s ‘Intro’ below:

Check out some of Rico’s craft below:

On the West Malaysia side of things, Fusion Wayang Kulit continues to bring the traditional art form to the new age with their multimedia-enhanced take on Malaysian shadow play. Not only will the team be performing at RIUH, founders Tintoy Chuo and Take Huat, along with the 13th accredited Tok Dalang (Master Puppeteer) of the Kelantan Traditional Malay Shadow Play, Pak Dain, are holding a wayang kulit workshop during the event as well. Aside from that, American University in Dubai graduate Shaqira Ramli will be teaching interested patrons the art of shibori, a Japanese dyeing technique of creating repetitive patterns on fabric. Meanwhile, pop-folk duo Kita:orang – both members Luqman and Tilla being protégés to famed producer Audi Mok – are set to hold the fort down on the music performance front of the event, alongside the 21-year-old soulful Bai, who will perform r’n’b and jazz covers.

Watch a preview of Fusion Wayang Kulit’s take on Star Wars below:

To further celebrate Malaysia, there will be traditional dancers from both East and West as Anak Seni (Asia) Production is expected to present the Daling-Daling and Igal-Igal dances from the district of Semporna, Sabah. Daling-Daling is a popular courtship dance among young Bajau Laut (sea gypsies) that live in Borneo. They will also be performing a combo of Malay traditional dances – namely Inang Renek, Zapin Hadhrami, and Joget Kelabang. But best still is the sate, the winning dance that garnered them first runner-up at the International Mask Dance Festival 2011 in Andong, South Korea.

Plan your weekend ahead, check out RIUH‘s full itinerary below:

Beyond the workshops and live performances, RIUH will again see an eclectic array of pop-up stores by local brands and food vendors. Yep, that includes the return of RIUH and Agak Agak’s now infamous Nasi Lemak Burger. As a testament to Malaysia’s love for food, RIUH will offer a variety of local flavours for everybody to feast on to commemorate Malaysia’s birthday.

The complete list of vendors and performance lineup is as follows:

Not driving there on your own? The promo code below should come in handy!