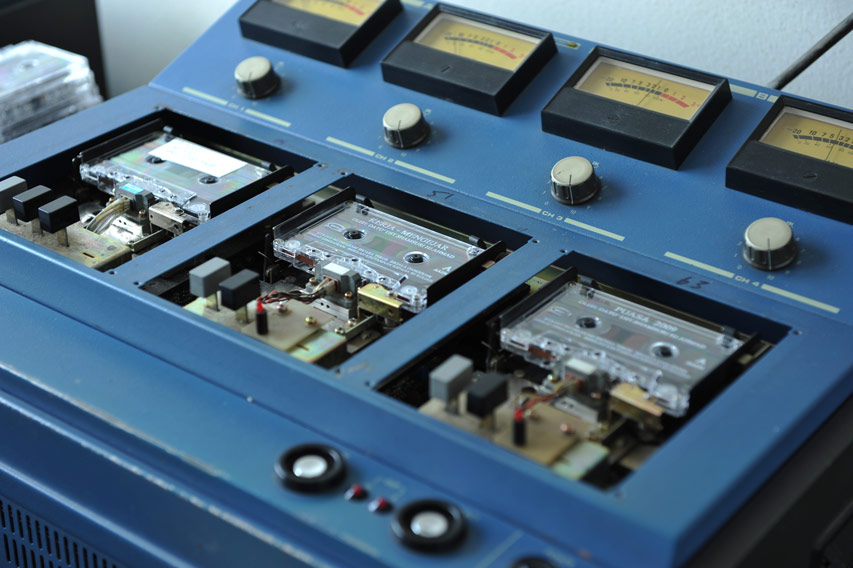 JUICE speaks to both ends of the demand and supply of cassettes to uncover why the supposedly archaic physical medium – whose sound quality isn’t even up to par with digital formats – is still viable in this day and age of online streaming and illegal downloading of music.

How JUICE discovered Express Audio Industry — the last cassette factory in Malaysia — is how many other people have found the company; through word of mouth. Having had the opportunity to interview a number of local musicians, if the conversation would veer into cassette releases, the name of the factory would come up and the fact of their terminal existence would be emphasised. Although we knew that cassettes are still a staple among the DIY, underground scene, we were nevertheless intrigued by the whole notion that cassettes are still relevant at all, so, we decided to investigate into the matter.

Express Audio Industry Sdn. Bhd. has had an illustrious business back in the ‘80s and the ‘90s when cassettes were enjoying the luxury of being the popular medium for people to enjoy music. The company had the exclusive deal with conglomerate record label Polygram to press all the releases of their expansive roster of local and international artistes, from Cantopop à la Alan Tam, to beloved heavy metal band Metallica, to popular ‘70s local rock band Alleycats. They were a key player in the cassette duplication industry, but as one can imagine, when CDs came along in the ’90s, followed by the personal CD-ROM burners that enabled easy quality and efficient duplication (read: piracy), the decline in sales for cassettes started to occur.

Although they added a sales coordinator for CDs in the ‘00s, they’ve continued to keep one personnel solely for cassette orders. But it was clear that their main income comes from the sales of CDs, just like during the time of our visit as there were a few walk-in customers requesting for CDs. Unlike their history of dealing with a corporate music label, their current main income is their specialisation in CD-ROM annual reports, corporate profiles, and other, shall we say, drier forms of services and products. On the music and entertainment front, they only cater to small groups of individuals.

Although she is confounded by people’s continual interest in an archaic medium such as cassettes, marketing manager Christine Chan revealed that the business of cassettes is niche, but not too small that they would jettison that segment of their service entirely. As she told us, it’s not difficult nor is it expensive to keep and maintain the machines (currently, they’ve dwindled the amount to four Tapematic 2002s). However, Ms. Goh—the sales coordinator for cassettes—said that even though cassettes haven’t been popular, it does not translate to the complete demise of demand of the medium. She shared that cassette enthusiasts would still find a way even if the company were to terminate the production and duplication of cassettes. 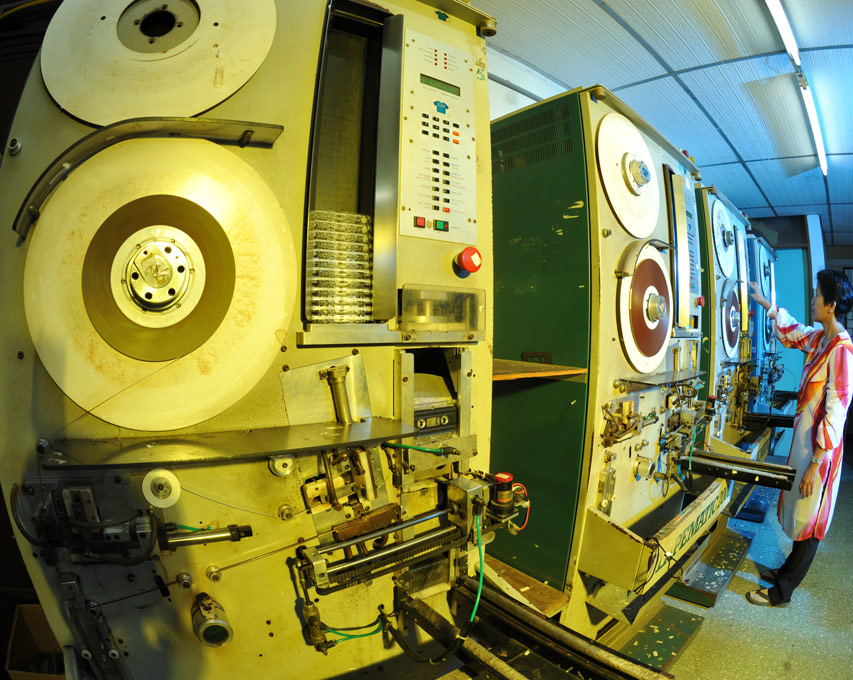 As mentioned earlier, many have heard of this cassette factory in Maluri. Even if musicians do not personally have their releases pressed there, they would go through local labels. When we spoke to the men who operate Tandang Store, it was insinuated that the cassette culture was still alive and well, as the store as well as Noisemongers Records — another independent record label we spoke to — both disclosed that cassettes had the highest sales as compared to CDs or even vinyl. This, of course, was due to the inexpensive price (RM8 to RM10) for a cassette. Not only it is cheap for the consumer, but it’s also the same for those who choose to release music through a physical product – a consensus shared by everyone we spoke to in regards to this article.

Aidil Rusli of pop rock band Couple released their first demo cassette, In Love, while they were in college in ’95. They went for the DIY route; they dubbed the tapes and designed and photocopied the sleeves themselves. Folk rocker Azmyl Yunor who fronts a number of projects such as the Sigarettes and Orkes Padu shared that it was the easiest and the most accessible way of releasing his work Whatever in ’97, and continued on releasing through that medium until 2003. Math rock quartet Dirgahayu, however, released a limited number of cassettes of their singles ‘Istinggar’ and ‘Bahawasa-nya’ to cater to a portion of their fans who want them. Noisician Azzief Khaliq, who performs under the nom de plume Jerk Kerouac, is simply fond of it. He is especially enamoured by the physical appearance of it.

“There’s something about the rectangular aspect ratio and design possibilities,” Azzief said before adding that “cassettes also lend themselves well to a sort of trashy, bad-Xerox-and-blank-tape aesthetic that other formats don’t wear as well.” The musician continued by revealing that noise and experimental labels regard the cassette as an object of art. The other artistes we spoke to admitted a similar form of infatuation as well; the thick spine of a cassette case offers a level of attraction that would make a casual or ardent cassette listener become a collector of the medium. “A row of cassettes looks much better on your shelf than a row of hard disk,” offered Aidil. A few of them have also pointed out the quaintness of browsing through the cover sleeve, singing along with the written lyrics, and inspecting the cover art to be something that’s lost as a consequence of online streaming services, but we must say that issue is not entirely unique to just cassettes but to all forms of physical media too.

As Azzief had pointed out, the tonal characteristics of the tape meld with the sort of music he plays. The ‘warmth’ that cassettes provide has been noted by many as one of its positive attributes against the medium’s lack of sound quality, but as the noisician along with Aizat Tarmizi of Noisemongers Records have pointed out, the final output is determined by how well the songs were produced and mastered, how well the tape is pressed, and the quality of the cassette deck or player. Aizat in particular, isn’t demanding of the medium in which music is released on — they’re all the same to him. But apart from the argument on sound, cassettes are a medium that represents and carries an immense power of nostalgia. Gone are the days when one had the experience of thoughtfully arranging tracks to form a cohesive sonic narrative for a mixtape; one can only reminisce about the immersive enjoyment of listening through an entire tape of music with no option of skipping a track (unless one found the rapid winding of tape appealing). Azmyl — who appreciates the album format — shares the same sentiment, “To me, downloading and listening songs on their own (not in the context of an album) is like watching the best scene of a film over and over without watching the entire film.” 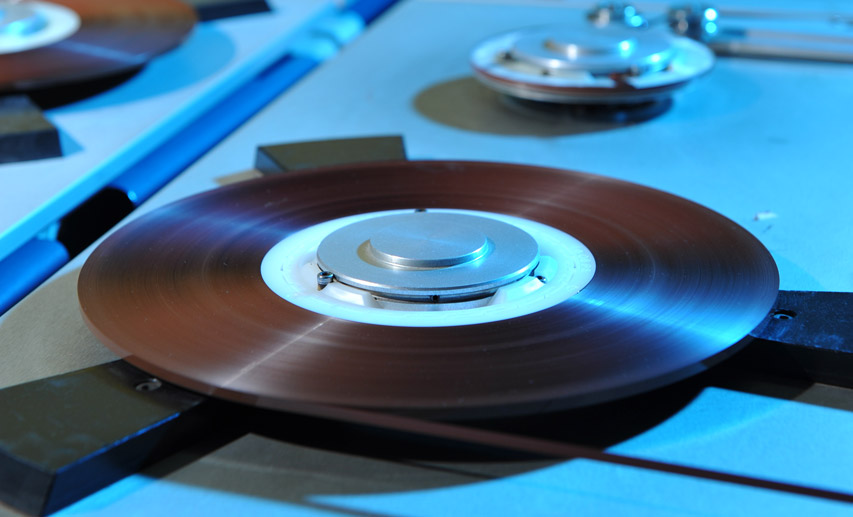 “I think it’s not just the cassette that’s going through a bit of a resurgence, but rather physical media as a whole,” expounded Azzief. Vinyl has received plenty of attention from audiophiles, collectors, and DJs, but purchasing vinyl can be considered as a pricey hobby, and in relation to that, vinyl can even be accused of being elitist if you were to pose this question to some people, because music should be easily accessible and attainable. So, the humble cassette is the next best analogue option. There is a certain level of sacrifice one has to make in terms of quality of sound, but depending on preference, the grain and its lo-fi characteristic can be a major plus to some. Currently, the ones who constitute the market of cassette buyers remain to be the punks, underground scenesters, and DIY devotees. With demand and culture surrounding the tape format still there, the supply of cassettes from the last standing factory wouldn’t and shouldn’t stop — that’s simply the basics of economy.