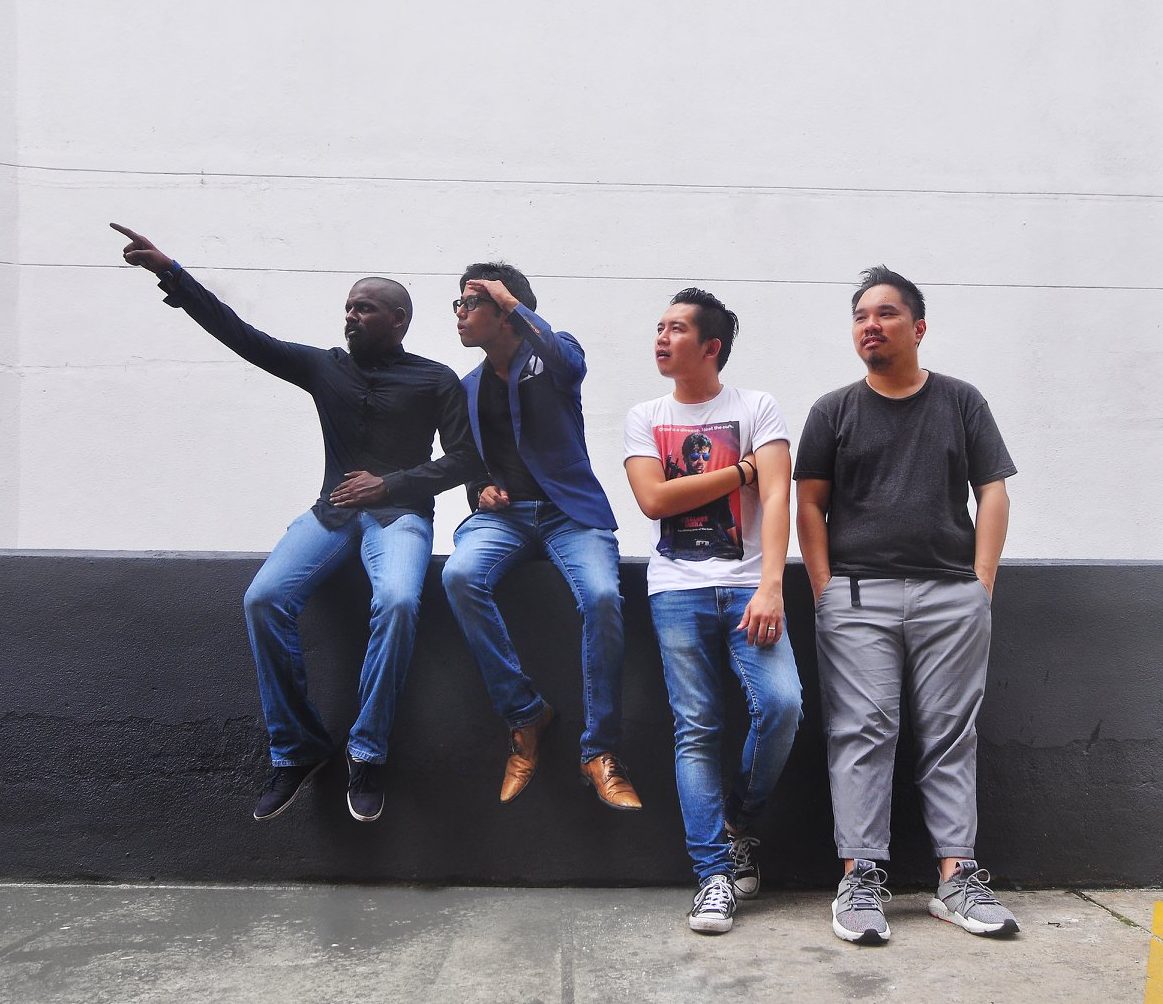 The quartet known as The Propositions was formed back in 2016. Comprised of Ian Tai, Ruben Kelvin, Hilmy Amim and Brendan de Cruz, the band blends surf-rock, rockabilly, polite punk (?), alt-rock, Malaysiana and folk into their sound. Their manic and quirky personalities can be off-putting to those who prefer more commercialised and canned music, but underneath all that – their music speaks truth.

From talking about the complexities of modern life, grappling with politics to lamenting about lost youth–they are not rebels without a cause, albeit slightly childlike in nature.

So put on your Chucks or Docs and party with them at the launch of their first EP – The Propositions Are Go! – which takes off at Merdekarya on June 30th.

Joining them on stage at the launch are indie rock quarter Skies Are Red and folk rock hero, Azmyl Yunor who will be double dipping as a host at the launch.

The first single ‘Your Are The Light’ off their EP talks about middle class love, in all the right places. Check it out below:

Go to www.thepropositions.com to learn more about the band.

Alt Band PVRIS is Coming Down to Singapore this June

It’s time to rock out before they become they next big thing!