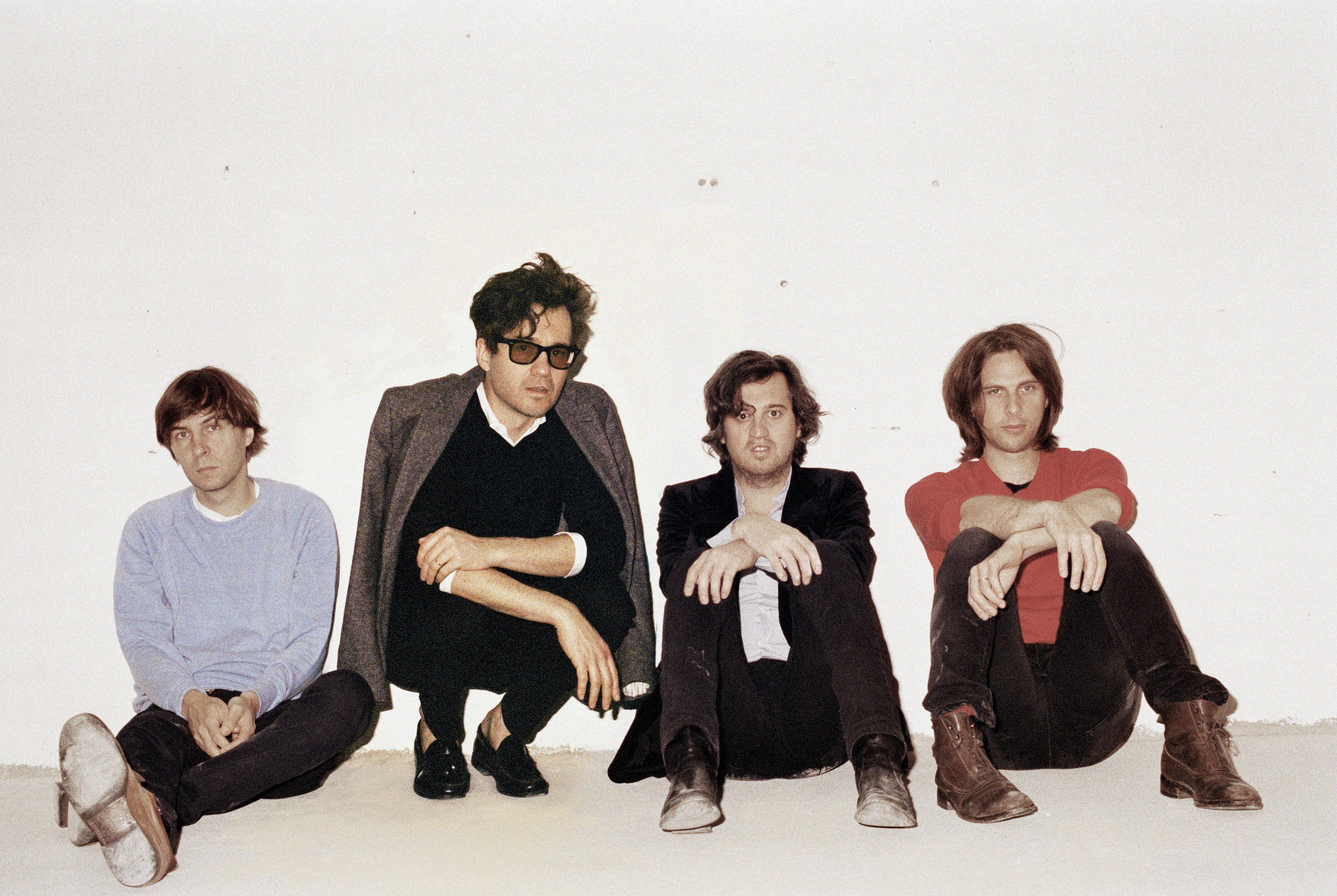 If you know anything about the indie rock scene from the past two decades, it would be impossible for you not to have heard of Phoenix. The French four-piece, formed in Versailles and now based in New York, make waves with just about every album they’ve put out, from Wolfgang Amadeus Phoenix, the seminal album that shot them to fame in 2009, to Ti Amo, their latest sun-drenched Italo-disco-influenced offering. Good Vibes Festival 2017 (GVF2017) is certainly a great fit for them – the brand of ever-delightful indie pop/rock that Phoenix have a knack for is always the perfect soundtrack to any summer, or any moment that you just can’t help but feel is going absolutely great. In advance of their set at GVF2017 on 13 August, JUICE had a chat with Phoenix frontman Thomas Mars – who is as humble as he is French – to dig a little deeper on both Ti Amo and on their upcoming performance here in Kuala Lumpur.

Tell us a bit about the ideas and creative process behind Ti Amo. What was it about, and was making it any different to how you made your previous album, Bankrupt?

The only conscious decision we make with every record is that we’re not going to go in the same direction as the previous one. That’s pretty much the only decision we make. Then the more we record music, the more time we have to develop this sense of pure creativity. We take almost a year trying to come up with as much music as possible without judging it; it has to be a very fertile experience, and that’s comforting because we know that if we come up with a lot, then in the end, the quality will be there. Something interesting is gonna be there.

“[Ti Amo] was a very fun time to record, even though outside of the studio, the climate in Paris was really gloomy and dark.”

What’s more stressful is editing all the music we come up with, and choosing the right songs to put on the record, instead of being scared of the blank page – which never really happens to us. So [with most records,] we spend a year just recording, recording, and recording, all the time, and then we try to arrange it and put it all together. But we recorded even more with this album, and there was a world of possibilities when we started. It was endless, and really joyous and light. It was a very fun time to record, even though outside of the studio, the climate in Paris was really gloomy and dark. The studio was, for us, a refuge from that.

How does it feel to be making music that gives out such good vibes in today’s chaotic world? Was the joy in Ti Amo a sort of protest against the “dark climate” of today, like the tension you mentioned surrounding the French elections?

No, not at all! We were so surprised in the beginning when the record took shape as something joyous even when the situation at the time was so dark. At the time, we even thought that something was wrong with us. We thought we didn’t have any empathy; we felt that it was so disconnected from the outside world that we feared it was escapism rather than reality. But after a few days, we realised it was the opposite. Ti Amo was a purely unconscious reaction to that dark climate, without which the record couldn’t exist. The record’s gravitas is deeply rooted in this darkness, and behind the joyousness there’s a foundation that couldn’t exist without the climate of the time that we were in the studio.

“For French people, champagne comes with a sense of duty.”

On the album’s title track ‘Ti Amo’, you ask a question that I think most of your listeners and I also struggle with – champagne or prosecco? Which one do you prefer and why?
Right now, prosecco. For French people, champagne comes with a sense of duty. Champagne only comes with celebration; it comes with a unique moment like New Year’s or a birthday. It’s not something you drink every day unless you’re a hip hop mogul. I think prosecco is more detached. It has a very naive, everyday type of feel that improves your daily life. So I’d go with prosecco.

You’ve been working with your wife, Sofia Coppola, for quite a long time now – your music has been in all of her films. Does she influence your musical growth and creativity in any way?
Yes – it’s just like the band, really. With the band, we grew up together, so we have the same taste and the same influences. We don’t really need to speak of it – it becomes something natural, and you make your own creative language. It doesn’t feel like work; it just feels like doing something together, and I felt the same way as a teenager in a band for the first time, too. When you do everything together, it’s very natural. It doesn’t feel like you’re doing any work, creative or not. It’s just part of your everyday life.

“We feel it’s going to be really special to be [in Malaysia].”

Are you excited about coming down to Malaysia? Have you heard much about it?
Yeah! The first thing we think of is that it’s so far from where we live that it creates tension in the best possible way. You’re far from home, and you’re only there for such a short time – you have to care. The distance is what makes it so special, for the fans and for us, and we definitely feel tense and that there are high expectations when it comes to our performances and for every single hour that we spend in the city. We want to see everything, because we know it’s far away and we don’t know when we’ll be back next! As for the crowds… we’re always amazed at how people know our songs and know all the lyrics. It’s the most gratifying thing to experience it – to see that there’s a bond and there’s something in common between all the audience members, thanks to music, even though you’re so far apart. We feel it’s going to be really special to be there.

So, what can we expect from your set at GVF2017?
We thought of the visual aspects of our live shows about a year and a half before we finished the record, and we know that the best way to present this record is to play live. I don’t want to reveal too much – I know it’s hard to keep the mystery what with social media these days – but I’d love to keep as much hidden as possible so people are more blown away. But don’t worry, we come prepared!

Phoenix play Good Vibes Festival on Sunday 13 August ’17. Tickets are available now at RM350 upwards, but if you want to catch Phoenix and other great acts for free, check out our contest.

Want to know more about the other #GVF2017 acts? Check out our interviews with Lido and Gryffin, or have a look at our ultimate GVF tracklisticle.