Former Prime Minister Najib Tun Razak was recently interviewed by Reuters to give his side of the story on the multi-billion-dollar 1MDB scandal. He professed that he had no idea how the money from the state fund entered in his personal account. However, he did give an inside on the overwhelming amount of cash, luxury handbags and jewellery that was confiscated from his residences by the Malaysian authorities.

He told Reuters in Langkawi, Kedah in his first sit-down interview since BN’s shocking GE14 lost that he is not to be blamed for the 1MDB scandal and that the advisors and the management and board of this fund had kept the alleged fraud a secret from him.

In another Reuters interview with current Prime Minister Tun Mahathir on Tuesday, Tun M stated that the authorities have “an almost perfect case” against Najib on charges of fraud and bribery linked to 1MDB.

Najib denied knowledge on the hundreds of million dollars that moved through his personal account from 1MDB and of the money laundered to acquire assets globally, including yachts, paintings, gems and prime real estate was even from the fund. He expressed:

“I was not aware of these purchases. This was done without my knowledge. I would never authorise 1MDB funds to be used for any of these items. I’ve been in government so long, I know what’s right and what’s wrong.”

Malaysian authorities seized almost 300 boxes of designer handbags and dozens of luggages loaded with cash and jewellery from properties connected to Najib’s family. Birkin handbags from the luxury brand Hermes were among some of the items confisticated which cost hundreds of thousands of dollar each.

According to Najib, the public confiscation has tarnished his image and created a negative impression as he maintains that most of the item are gifts given to his daughter and his wife and a lot of them were wedding presents.

“Yes, these were gifts, particularly with my daughter’s, they were tagged, they were actually labelled: when, by whom,” he justified during the interview.

Supposedly, Najib’s son-in-law, Daniyar Nazarbayev who is the nephew of Kazakstan’s President, gifted most of the handbags to Rosmah. Daniyar apparently gets those Birkins from his source which hands him 5 to 6 bags at a time, and his family has got wealth, according to the former Prime Minister.

U.S prosecutors have alleged that more than 4.5 billion dollars of 1MDB fund was laundered and that there are several lawsuits that has been filled by The U.S Department of Justice (DoJ) to assert about 1.7 billion dollars in assets believed to have been stolen from 1MDB.

A Picasso painting, luxury real estate in South California and New York, shares in a Hollywood production company, a $265 million yacht, and more than $200 million worth of jewellery – including a 22-carat pink diamond pendant and necklace are some of the assets sought. To this, Najib claimed that the jewellery was also meant to be a gift for his wife, but she never received it.

In the interview, Najib also spoke about Jho Low, the Malaysian Financier who is named as the prime suspect who benefited from the 1MDB scandal. Najib said that he felt that Low’s contacts in the Middle East, specifically Saudi Arabia and United Arab Emirates could be useful to bring in more investments to Malaysia, but he had never told Low to get involved in 1MDB and had no control over what Low did.

“I didn’t give him instructions, but he volunteered to do certain things, which he thought would help 1MDB. But whatever he did ultimately is the responsibility of the management and board,” said Najib dismissively.

Malaysia is looking to arrest Jho Low, who is believed to be in Dubai at the moment, in regard to his association with the 1MDB scandal. Low and Najib’s stepson, Riza were friends but Najib claims he was not aware of Low’s motives involving 1MDB funds in Riza’s Hollywood production company which produced the movie The Wolf Of Wall Street.

Najib also added that Low and him are not in contact with each other and that he does not know where Low is.

Aside from completely denying knowledge of corruption in 1MDB, he also stated that the 681 million dollars in his personal bank account was a donation from Saudi Arabia which is reassured by the late Saudi King Abdullah bin Abdulaziz Al Saud and it is not as what U.S lawsuits have alleged.

Najib said: “All I knew, I accepted at face value that this is coming from the Saudis, from King Abdullah at his behest, at his instruction.”

Najib also claimed that he had no knowledge of the transactions in his account as it was managed by Nik Faisal Ariff Kamil, the director of SRC International, a former 1MDB unit. Nik Faisal’s whereabouts are unknown and Malaysia’s anti-graft agency has issued an arrest warrant for him.

Finally, Najib proclaimed that he has never had plans to leave the country as it will just show that he is guilty. He wants to fight the allegations and face any consequences even if it means going to jail: “I cannot just leave the country. I cannot be a fugitive for the rest of my life,” said a defiant Najib before concluding, “I want to clear my name. I want to put the record straight.”

Watch the interview with Najib by Reuters below:

What do you think of our former PM’s confession? Let us know in the comments. 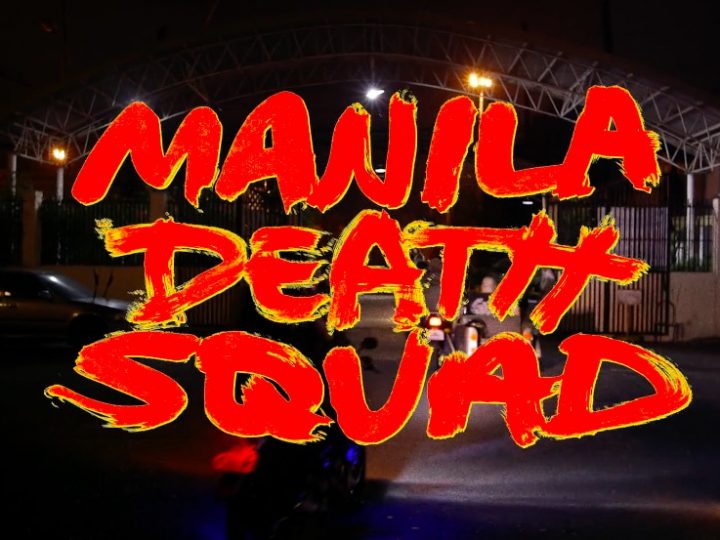 Fun and flashy until it gets brutal.