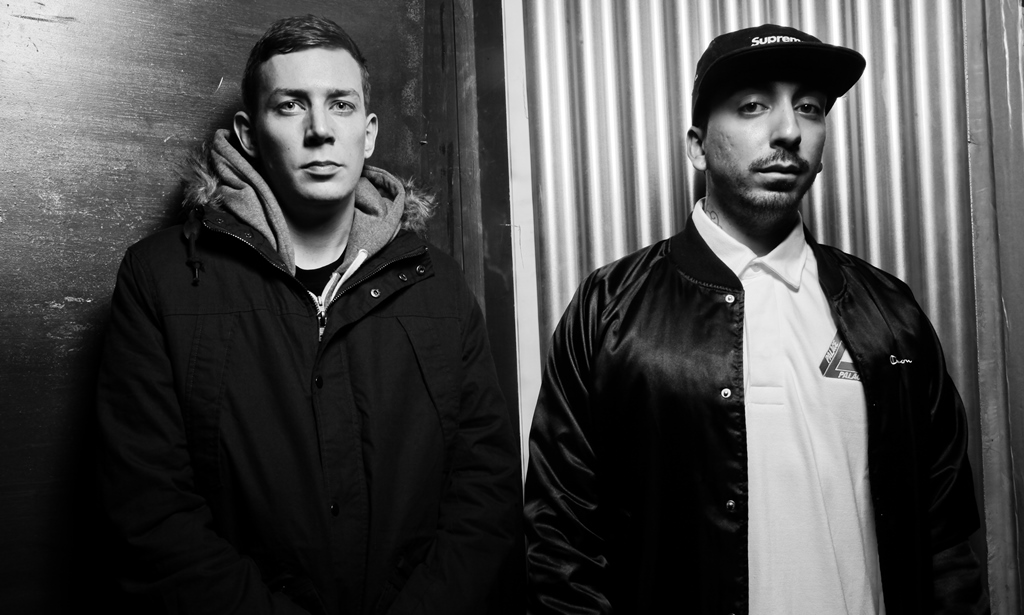 James ‘Jammo’ Irving and Thomas ‘Tommy’ Jackson are the two men making up this oddly named group that’s signed under Black Butter Records. With their sultry and murky amalgamation of UK bass, My Nu Leng can be considered as the black sheep of sorts among the sprightlier sounding artistes within the label (such as Clean Bandit and Gorgon City). JUICE managed to get a hold of them to speak about writing even more diverse material, the inclusion of vocals in their upcoming EP, and if they’ve ever felt any sense of pressure representing the musical heritage of Bristol.

You guys have stated in the past that you approach music as something that’s fun. Now that you guys have garnered a lot more attention, is there any pressure to take a more ‘serious’ approach to composing new material?
Jammo I think we will always make sure we are having fun and enjoying the music we make whether it caters for the more serious side or the straight up dancefloor side. We have been lucky enough to be able to delve more in to our deeper influences lately and have some really diverse music coming in 2016. It has always been really important for us to write as varied and interesting music as we can — all leading up to an album when it feels right.

As My Nu Leng, the music’s always been diverse; a confluence of UK genres from d’n’b to grime to garage. How do you take in all these varied influences and make something cohesive out of it?
Tommy We never really set out to make anything in particular, I guess it’s just something that happens naturally as a result of such a varied spectrum of influences.

You spoke about the importance of MCs in the genres My Nu Leng dabbles in before. It seems like a lot of newer DJs who make grime, d’n’b, and jungle don’t utilise MCs as much anymore. What do you make of it?
J Everyone has their own way of working, we have just always wanted to utilise vocals more and more as time passed with our music. It brings another dimension to our sound, and the instrumental and vocal lines in Masterplan for example, would not have been the same on their own. Our latest EP has vocals on three tracks and the music we are working on in the future, at least half of it we are looking to record [with] singers, rappers, etc.

Can you describe the working relationship between yourselves? What’s the dynamic like?
T It has always been really natural, we started off DJing together and it just flowed. So now when we work on music, we usually start something, then send it to the other person, if they like it then they’ll have a go [and] then we’ll meet in the studio and go from there! There’s never been a massive pressure on having to work a certain way, and I think that’s the better way for it to have happened. We usually have the same ideas of where we want something to go or what should be next, so it makes things flow nicely!

Could you give us a bit of insight about your recent tour of India? It was documented in a video for THUMP, but you guys seemed to be suffering the brunt of a culture shock.
J It was an amazing experience to be able to travel there and play music in three cities. The culture shock you saw was very real! It is a completely different way of life than anywhere we have ever played before. The poverty line blurs with the rich and prosperous on every corner and that can be a big shock when it’s first seen. We loved every second of it and would love to get back to India again soon.

Travelling around the world and experiencing what different audiences are responding to; have you guys taken that into consideration when producing new tracks?
T Definitely! A lot of ideas of tracks start on the road; flights, trains, coaches, etc. And I guess you are always influenced by your surroundings and how you feel at the time. Music is in a great place now in general because the UK sound seems to be getting recognised and appreciated more around the world, that’s really exciting for us.

Since Bristol is your adopted home, do you feel a sense of pressure to live up to the rich musical heritage of the city?
J The beauty of Bristol is the complete lack of pressure and relaxed approach to anything creative. The only pressure we feel has been from outside Bristol to follow up on previous releases. We work well under pressure and think the mix of both worlds pulling at each other gives us our edge when it comes to writing music.

What’s it like sharing a complex in Bristol with a number of other DJ/producers?
T It’s great! Everyone is so talented and it’s nice to have people from different musical backgrounds, genres, and with different approaches to making music around us. Although to be honest, we rarely see much of a lot of people simply due to everyone being so busy all of the time.

Are you guys excited to play on a cruise ship? What sort of shenanigans will you guys be getting up to?
J It is going to be a crazy few days, we are looking forward to exploring all areas of the ship and throwing a really fun party with the Black Butter family! Hyped!

My Nu Leng will be playing on the prestigious Royal Caribbean International’s ‘Mariner Of The Seas’ for It’s the Ship 2015, happening from Friday 20 to Monday 23 November ’15.