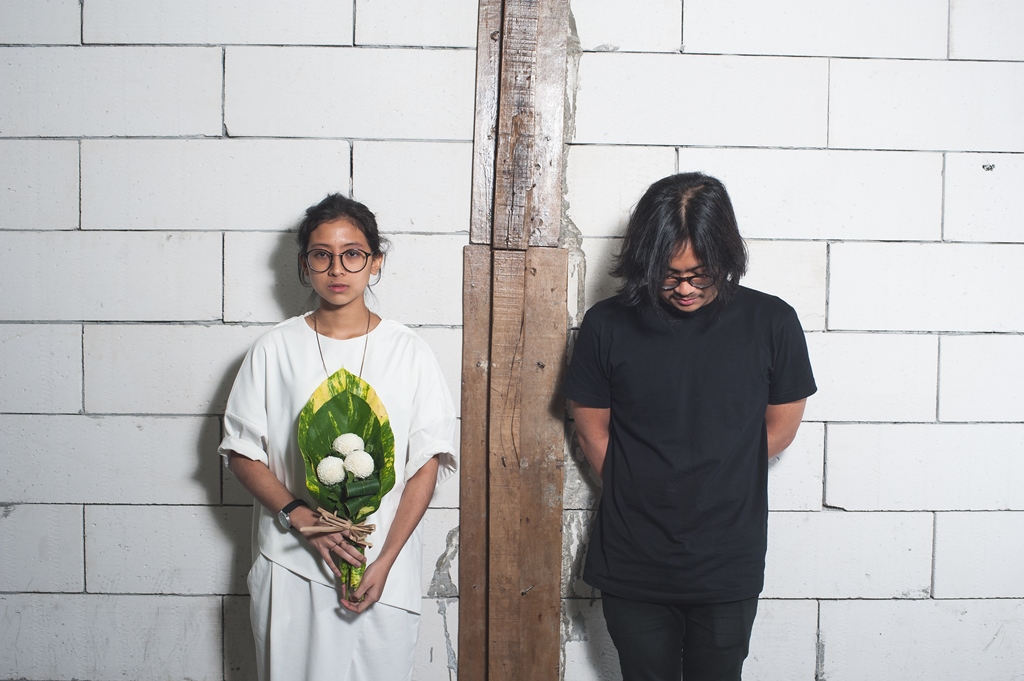 The close bond between sibling duo Juno and Hanna is unquestionable. Although a nine year age difference sits between them, the relationship between Hanif and Hanna is sweet to witness, so much so that it can cause some stirrings of envy just at the sight of their constant intimate, hushed conversations when the pair were left alone. But the sibling love between them is an extension of a larger familial love as they come from an extensive family that spawned seven children in total – all tight-knit and musical.

However, before there was Juno and Hanna, there was the first conception of the duo in the form of a full band called JunoHana – formed in 2008 and consisted of four siblings and a close friend. A then 11-year-old Hanna was too young to join the band, but the wunderkind stuck around, even writing some of the lyrics and melodies for the band while her older siblings constructed the music. The family has always known that she had sagaciousness in her as she was already capable of reading the newspaper at the age of four. But Hanna refuted at the glowing impression of herself as she interjected, “I used to be a genius, but now I’m sceptical of it. It’s getting harder now.” Still, we wondered about the sort of lyrical content a pubescent child could concoct. “We told her to write a song about soup”, offered Hanif. Don’t mistake that for a joke – the quaint song about the siblings fighting over a bowl of broth was accepted by everyone as they recognised the genuine talent of their baby sister. After all, the naming of the band was a loving homage to her, as ‘Juno’ – when translated from Latin – means ‘young’. Or, as pointed out in the Ellen Page-starring film, it is also the name of a Roman goddess.

Despite her unofficial role in JunoHana, a teenage Hanna found herself venturing into the singer-songwriter route when she gigged around their hometown of Johor Bahru with sombre covers and originals in tow. But soon, a call from her brother – who was previously occupied with the family business – would reincarnate the band that dissolved due to their other siblings settling down and starting their own families. This transpired when JunoHana received an invitation from LapSap to open for them at an event – the sole member of the band at the time, Hanif, was left struggling in a dim room by himself trying to produce something new on his GarageBand app. He called upon Hanna to provide the vocals, and shortly thereafter, Juno and Hanna came to be. There is still the tribute to their first sibling project, but now Hanna can fully claim her spot and focus on making music with her brother. The working relationship between them remains relatively the same; Hanif provides a songwriting idea, and like a perceptive and empathetic writer, Hanna would imagine and understand the feelings required to write the lyrics and melody. “It’s his story in my perspective”, she said. There is seldom misinterpretation of experience or pivotal personal event because the siblings are so close; a heartbreak is not only felt by one, it has a rippling effect on the family as well. For instance, on the song ‘Done’, a track so racked with minimal embellishments and harmonising vocals, it’s disheartening to listen to them eulogising the end of a romance. The dejection and poignancy here call to mind the works of Lykke Li and Sharon Van Etten.

Although ‘Done’ amplifies the solemn sensitivity found in their other songs – and clearly they are inclined towards melancholy – it really doesn’t define their personalities at all. However so, their attempt to grapple at our heartstrings is effective. With a voice as crystalline and pure as Hanna’s along with the clean, downtempo electro pop production by Hanif, they are able to convey heartache with an innocent, naive grace that saves them from maudlin triteness. The instrumentation on ‘Spiral’ is reminiscent of the The xx with its guitar work while ‘The Way’ sounds bright and glimmering with the bopping and tinkering of keys and synth lines – these tracks must have illuminated Hanif while he made them in his favoured dark room setup. Their newer songs ‘Fifteen’ and ‘Best Never Had’, as they say, signal a renewed direction for Juno and Hanna. Both songs represent their refined pop styling after years of discovering and shaping their sound as musicians – all culminating in the titular single from their upcoming EP AIR, an airy track with pitch shifted down vocals that seemingly move in slow motion; “The air weighs me down,” Hanna sings.

If that hints at the sonic mien of the six-track EP; prepare to witness their inevitable flourishing trajectory in the scene.

Juno and Hanna will release physical copies of their debut six-track EP AIR this Saturday 26 March ’16, which will be available at The-Wknd, Anaabu, Pattern Store, and Petals and Bakes, Johor Bahru.