Promises of freedom of expression for the rakyat and an ‘open-to-criticism’ government are already beginning to fade away with the Langkawi police arresting a man under Section 233 of the Communications and Multimedia Act for allegedly insulting Prime Minister Tun Dr Mahathir and Islam on Facebook.

As reported by The Sun Daily, Langkawi district police posted on Facebook that the man was arrested following reports lodged by several NGOs that were unhappy about his “excessively insulting statements on Facebook towards Mahathir and Islam.”

Remanded until Sunday, the police have not released details of what the suspect said in his post or the identity of the NGOs.

The Langkawi police took to their HQ’s Facebook Page and used the hashtags #lessonlearned and #berhemahketikaberbicara (Be polite when talking) at the end of the post.

Netizens, activists, and a fellow Pakatan leader have criticised the move.

Parti Socialis Malaysia (PSM) activist Khalid Ismath said in a Twitter posting: “Is calling someone a dictator a crime?”

The Sun Daily also reported that Lawyers for Liberty (LFL) said earlier yesterday that such practises were frivolous and trivialised the act of lodging police reports while disregarding the rights of others to criticise.

The prominent leader of DAP Lim Kit Siang has also voiced his opinion:

Release him. Let us not embark on this path. https://t.co/LERMVTthBF

As did Maria Chin Abdullah and Syed Saddiq:

Arrest of man who allegedly insulted Tun Mahathir on Facebook is against freedom of expression promised by the PH Government. https://t.co/Za1JqmhAGE

This has to stop!

We must repeal this archaic law during the next parliamentery session. No more unjust laws! https://t.co/dYmCwxqavs

Maria Chin also said in an article on Malaysiakini: “Ever since he stepped away from Umno, Tun Mahathir has proven time and time again that he is not someone who is unable to handle criticism. He has been able to carry on working despite being the target of insults and criticism aimed at him for his role in the Citizen’s Declaration, forming the Bersatu and being part of the opposition.”

She also noted that the arrest would create “a culture of fear which this government does not intend to promote.” 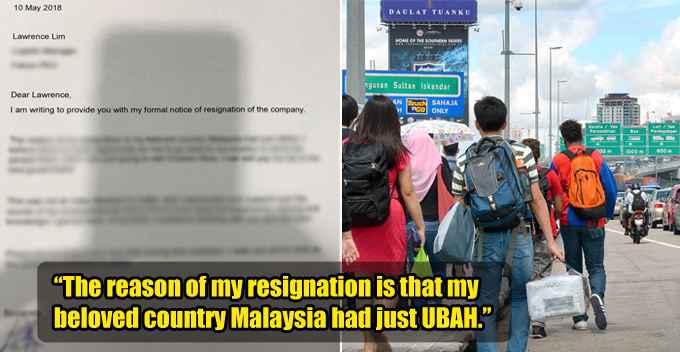 A Change In Malaysia’s Education System?

Tun M wants to bring technology into the classroom.