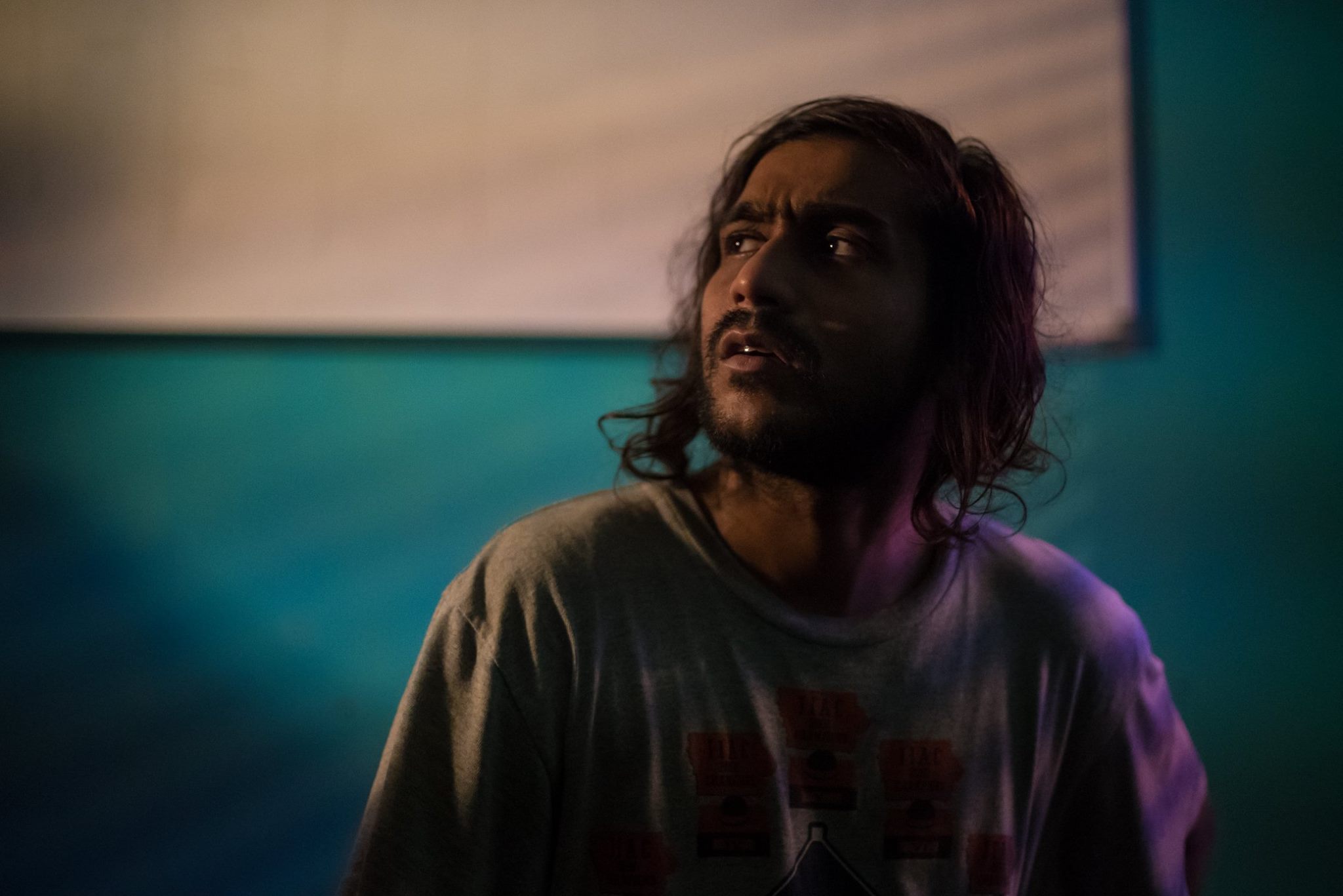 Listening to Maharajalela’s debut Jualbeli Tanggapan, you’d be forgiven to think it was a full band. But Maharajalela is really just a one man band consisting of the enigmatic drifter who prefers to be known as Raksasa – a complete unknown but something of a legend to others. The man has an interesting backstory worthy of being told, but he specifically told us to try to refrain ourselves from selling his history. “It’s a little gimmicky,” he said, only to later tell us that we should just do whatever we want. “Like how I do whatever I want with my music, I don’t want to interfere with your creative process.”

So we’re gonna compromise and tell you the cliff notes version of his background with a marked restraint. Raksasa was a sound engineer of many local rock albums – some might have even won awards, we won’t tell you which though. Mostly a behind the scenes person, he’s the kind of outsider who is also an insider, a person who knows enough about the ins and outs of the scene to become jaded of it.

In the course of engineering music for other musicians, Raksasa had been spending his free time gradually accumulating materials for his own record for up 7 to 8 years. Most recorded for his own cathartic release instead of public consumption. But it wasn’t until that he was incarcerated for drug possession that there was a strong desire to get his music out to the public. Made to feel inhuman while imprisoned, he chose the moniker “Raksasa” due to being called exactly that by the warden. “We were made to feel less than human in prison,” he told us.

Immediately after his release, he received help from friends from the scene who knew of him as the go-to guy for sound engineering. Most weren’t even his close friends but those who were lucky enough to have heard his music. Choosing 10 out of more than 50 of the songs he had done so far for mixing, with the help of friends Raksasa finally released his debut as Maharajalela. Without a proper stockist, the record is mostly sold by hand by himself. Yes, exactly the way you imagined it; table-to-table.

The album is a musical freeform – Raksasa doesn’t believe in genres. If you were to press him for a specific genre to describe his music, he would tell you that the emotions of each track are their respective genres. And what an emotional ride Jualbeli Tanggapan is, going through the spectrum of everything from anger, apathy, joy, love, and a whole gamut of sentiments. He claimed that each of the tracks was recorded during the peak of the emotion the track represents.

The atmosphere of his music might initially remind you of Sigur Ros during the first half of the album, but Raksasa jumps genres in a MonoloQue-esque fashion. In a way, that might just be the closest comparison we can make in terms of pure musical creativity.

The title of the album is literally “the trading of perceptions” in English, a marketing term according to Raksasa (which was something he studied during his student years). It was ironically named that due to what he feels is what musicians are inevitably doing, which is also reflective of how judged he feels as a person who doesn’t quite conform to society’s expectations. We wager he’s probably uncomfortable with this piece too, after all we’re creating and selling a perception of him.

Find details on how to purchase Jualbeli Tanggapan here.