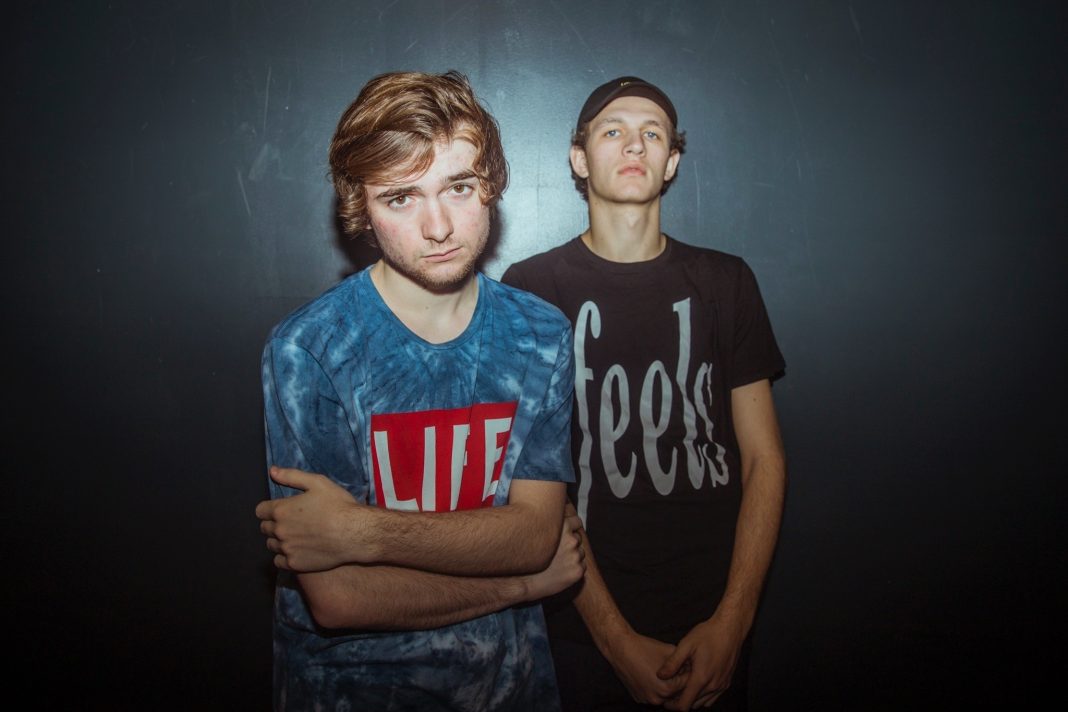 From being just ordinary school kids from Chicago to acquiring international fame for their 2015 hit ‘It’s Strange’ with over 45 million plays on Spotify, their blooming success is one to rave about. Robby Hauldren and Freddy Kennett were just basic teenagers who then came together to form Louis The Child. With futuristic ambience inserted into their hip hop-friendly production, it’s been a hectic hustle for the duo whose strangely-calming music is continuously gaining fans by the hour.

JUICE had the opportunity to chat with the young duo (both in their early 20s) who recently had their first ever tour in October 2017, travelling from Chicago to play at huge festivals like Lollapalooza, Coachella and Ultra. Before they head down to Malaysia for Good Vibes Festival 2018, here’s what they had to say about future collaborations, internet success and their peculiar band name.

So, who came up with the name Louis The Child?
We came up with it together. It’s been about 5 or 6 years now since we came up with it. Robby and I were on Wikipedia and we had heard that if you hit the random article button on Wikipedia a bunch of times, and wait for something cool to pop, that’s a good way to find a band name and then we tried that out and then Louis The Child popped out after a bunch of clicks and we skipped passed it at first and then we went back and were like “no, that’s a really cool name”. It sounded cool and we were like saying it out loud like ‘Louis The Child remix’ and it sounded like a really good name.

How random. At the Madeon concert where you guys first met, how did you know that you both would be making music together as a duo?
When we first met, it really was just kinda like, we got introduced to each other by some friends and then didn’t really think much of it. It wasn’t until a couples weeks later, we started really talking over Facebook and on the internet about our mutual interest in music and then Freddy invited me over to his place one day to make music, and I remember he was working on some really cool songs that I was into and we just decided we could do this together.

From playing small venues and now Coachella, to Lollapalooza. You guys must be living the dream.
Yea, we are. It’s exactly what we wanna be doing and we’re really happy.

Was it different playing in small places..?
It’s very different. I think we definitely learned a lot from playing in so many different places and playing for so many different types of crowd and you know we’re always just trying to make ourselves better and better. Same with our music is always trying to get better and better so with that experience that we have, we find ways to improve on what we’re doing but I think our love for making music and to performing music has been pretty great our entire career and we’ve always loved it.

There are a lot of artists popping up, thanks to the internet. Would you agree that social media and technology has changed music?
Yup. A hundred percent. I think it has changed the way that we perceive artists and musicians but I don’t know if I think that it has changed the music itself in any way I can see.

Did it help you guys to be known through the internet?
Definitely. I think what’s really cool in the music world now is that you know anyone can make a social media account, anyone can make a SoundCloud account or download some software and make their own music and anyone can really get their music heard on their own. You don’t really need any whole team or any sort of outside source. You can really get things sorted on your own and it’s really cool the power that social media has right now.

Was it strange that “It’s Strange” became one of the biggest hits, even making its way in FIFA16? Did you guys expected that?
I think we really had high expectations for that song. We did expect it to do well but I think it did even better than we expected at that time and it was one of the first songs that we would play in shows and seeing the whole crowd singing all the lyrics and you know to hear the crowd singing on top of the speakers. That felt really special to us and that definitely exceeded our expectations.

For “It’s Strange”, the track was collaborated with K.Flay. Tell us how exactly do you guys find vocal singers for your tracks? Is it usually random or do you already have a specific person in mind?

We definitely have artists that we wanna work with and we actively seek out new people to work with all the time and get in touch with people. As well, there is sometimes where you know people say ‘hey, you should check this person out’ or work with this person or you happen to be in the same place with someone and it’s fun sometimes if you kind of have the idea what someone’s music is like and you’ll go make a song with them but for the most part we definitely have people that we wanna work with and people that we are trying to get on our songs.

Give us three artists that you would like to collaborate with in the future and why.
Vince Staples, I really love all of his rhythms and all of his music, so I really wanna work with him. We wanted to work with Kid Cudi forever and I love the new Kid Cudi and Kanye album. We definitely have more.

When are we gonna get an album from you guys?
Well sometime in the future. Right now I think we’re just trying to be putting out as much music as possible and then of course even an album when the time feels right. You only really got one debut album, so we wanna make it as perfect and good as possible.

Any new songs that you guys are working on currently?
Always. We were working on a new song today and we’ll work on another one tomorrow (laughs)

Since you guys will be performing at Good Vibes Festival this year, do you guys have any expectation coming to Malaysia?
We really have no idea what to expect. I think we’re just excited to get out there since we’ve never been there before and we’re excited to see what’s it gonna be like and a lot of the places that we’ve been to have actually been great and the crowds have always been really good, energetic and fun so we expect nothing less.

“We kinda just wanted to make music together and see what happens.”