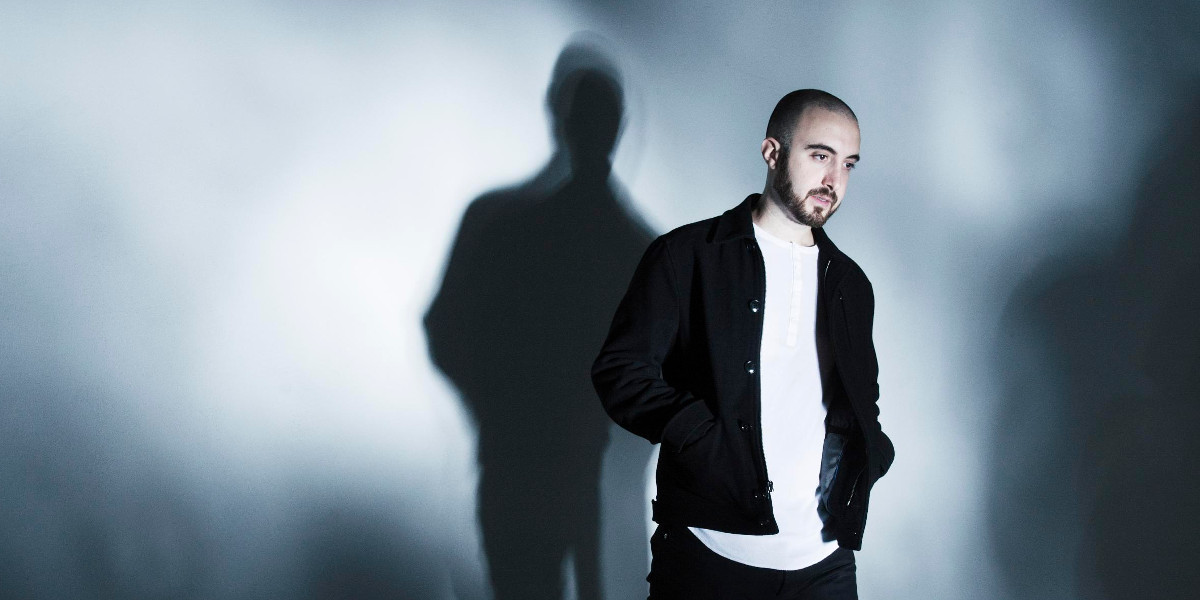 It seems like a world away, but Micheal Volpe, aka Clams Casino, came up in the time of Myspace where his hip hop beats made the rounds of the internet, with some eventually becoming the skeletal foundation for rappers such as Lil B and Soulja Boy, the former of whom he has maintained a decade long working relationship with that appears almost symbiotic. His first beat tape – Instrumental Mixtape – is his seminal piece of work that features the prodigious, Imogen Heap-sampled track ‘I’m God’ with Based God himself, where Clams found his debut album’s title – 32 Levels – five years later. The atmospheric, gloriously languorous album features longtime collaborators such as Lil B (a given), Vince Staples, A$AP Rocky, Mikky Ekko, and surprise guests such as Future Islands’ Samuel T. Herring and alt-J’s Joe Newman. Answering our phone call in his New Jersey home, Clams shares about his relationship with Lil B, being a newly minted artiste-producer, and not letting the lack of production credits early in his career dissuade him.

Can you talk about working with Samuel T. Herring and Joe Newman of alt-J? They are kinda surprising collaborators…
I just wanted to experiment with some artistes who I was enjoying, either through people that I know or through mutual friends. With alt-J, it was kinda early in the studio when I was making the album, we just met up in London and I had Joe play the guitar and singing and just messing around – doing all this different stuff that I could sample in the future and I ended up remembering what we did and pulled it up in the session. For Sam, I just sent some ideas to him while he was touring. I didn’t actually get to meet him until we met to re-record. I really enjoy working with people who have real and distinct voices.

“The sounds [Lil B and I] made, or came to be known for, we figured it out together, we made that together.”

Listening to Lil B helped you find where you belonged in music. What do you feel about this cross-influence between your music and Lil B’s music?
I think we inspire each other. The sounds we made, or came to be known for, we figured it out together, we made that together – it’s a mutual inspiration. He was helping me take chances and do different things because he’s an artiste who does whatever he wants, and listening to that, made me realise that I need to do my own thing – that’s the thing we took away from each other’s music.

You provide the beats for songwriters, but you’re rarely in the songwriting process. Why don’t you want to be a part of the entire process of a track – from start till end?
I like to help get out what the artistes want to say, so I don’t have anything to say lyrically. I just try to get the best out of them. But, here and there, if they need advice on what sounds good, I’ll give a little input. But generally, I don’t deal with writing lyrics.

A lot of the beats you make can be instrumentals, do you sometimes make the beats easier for rappers and singers to work on so the beats would get used?
Yeah, I still have trouble with that. Sometimes, I get carried away, and I think that the beats I make are too much for rappers to work with. I learnt over the years to try to hold back a little bit to create space for them. It’s easier if I’m in the studio with them when we’re starting from scratch to make it happen without thinking too much. If I’m making stuff at home, it’s easy to get carried and not leave space for them and turn them [the beats] into instrumental music.

“I appreciate being an artiste and a producer at the same time, and have them both run parallel to each other.”

You like being the guy behind the scenes making beats, with your debut album, what do you feel about stepping to the front and being the artiste?
I don’t hate it, it’s not that bad. I mean, it’s just not something I set out to do but I appreciate the opportunity, so I take advantage of it. Either way, it doesn’t matter if I produce for myself as an artiste or for other people, I just want the music that I make to reach out to as many people as I can. So, however that happens… some people don’t wanna hear my music with rappers, they just want to hear the beat, and I understand that too. I just want to make fans happy too, so I’m always thinking about that. But I appreciate being an artiste and a producer at the same time, and have them both run parallel to each other.

Despite wanting to be behind the scenes, you also want it to be known that you’re responsible for certain beats, like you had some trouble getting yourself credited on Lil B’s tracks. Is accreditation something you had to fight early in your career?
Yeah, when I was working with artistes on Myspace, my name wasn’t really out there, so I had to ask them to give me a shout out – sometimes they would do it, sometimes they won’t. But I wouldn’t get mad at it, I’d just keep putting work into it. So, I’ll just go around commenting on YouTube or anywhere to ensure that my name was attached somehow – I had to be aware about that online. For any up-and-coming producers getting mad about not getting credit online, I know it’s tough, but you’ve got to put work into your stuff and be prepared for it and it’ll work out.

Vince Staples, someone you’ve worked with, said, you can “morph [anything] to fit the character of the artist [you’re] working with.” Would you agree with that? How do you select the people you want to work with?
I think I work with a wide range of artistes; rappers, r’n’b singers, or pop singers, a lot of the time I just look at it as a learning experience, just going with different types of artistes I’m not used to to challenge myself and force me to think differently. I go into all these different sessions with different people – people who I reach out to or people who reach out to me, I’ll try working with them, but sometimes it doesn’t work out.

“I never really thought of my music as electronic, especially the instrumental mixtapes that I was doing. To me, they were just rap beats.”

When you were first starting out, it was electronic music listeners who were catching on to what you’re doing, not hip hop fans. Was that a pleasant surprise for you?
It’s kinda funny because I never really thought of my music as electronic, especially the instrumental mixtapes that I was doing. To me, they were just rap beats, so it was definitely surprising to me to be introduced to a scene that I wasn’t even aware of at the time.

Clams Casino is set to play Laneway Festival Singapore ‘17, happening on Saturday 21 January ‘17 at The Meadow, Gardens By The Bay.