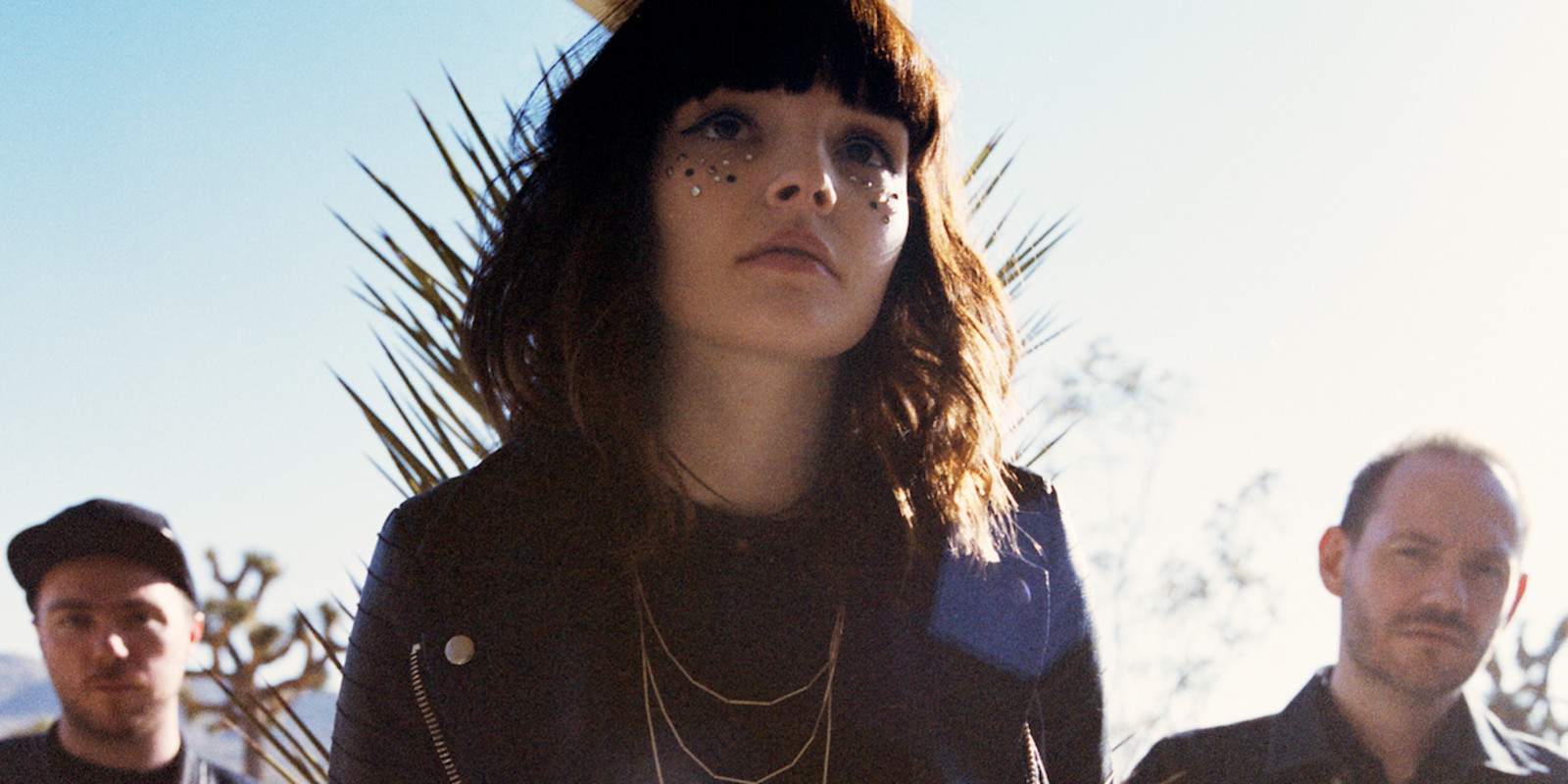 Scottish synth pop trio CHVRCHES has enjoyed pop success since their single ‘The Mother We Share’, taken from their debut The Bones Of What You Believe, catapulted them to fame; their former years of toiling around their individual small rock bands have paid off. As the trio become increasingly popular, frontwoman Lauren Mayberry has, however, been the target of vile misogyny, which resulted with the staunch feminist and former journalist penning a widely shared scathing essay for The Guardian addressing the issue. In spite of that, CHVRCHES forged on to record their sophomore Every Open Eye, which was released last year to glowing reviews. JUICE spoke to the band for the second time in conjunction with their imminent return to our city for Tiger Jams – this time, Lauren shared with us about the humble beginnings of CHVRCHES, writing songs that connect with people, and being authentically presented as a band.

Prior to CHVRCHES, all of you were in rock bands. How did the coming together of the three of you change the direction of the music to synth pop? Did having to work in Iain’s quaint studio have an effect on the music-making as well?
Iain had been collecting a few vintage synths, so when we started writing, we worked primarily on those rather than guitars as we had in our previous projects, and I think that change helped us write in a different way to what we had before. The fact that we were working in a little project studio meant we didn’t use amps or live drums, but also that we could record the demos as we were writing, which meant we could write quickly and capture ideas as we thought of them.

Though the band has changed the direction sonically, you guys did not sacrifice the lyric writing that’s both sensitive and resonant. Is that the band’s way to subvert traditional formula of pop music?
I don’t really subscribe to the idea that pop music can’t have meaningful lyrical content, and I don’t think we’d ever want to sacrifice that. For me, what I’m singing needs to mean something to me and feel personal in order for me to connect with it – and if you don’t connect with what you’re writing, I don’t know how you can expect anyone else to either.

After being in various other bands before breaking through with CHVRCHES, did you feel like it was the perfect time to achieve success with this lineup?
We didn’t really have a master plan – it was just fun to work with new people and write a slightly different kind of music to what we had each been doing before. Pushing melody to the forefront of the music rather than trying to obscure it.

Tiger Jams is a platform to unearth hidden regional talents from around this part of the world. What was it like for you guys when you just started CHVRCHES as a still unknown band at the time?
The early days of CHVRCHES, when I think about them now, were simultaneously freeing and terrifying. No one knew anything about the band so we had the freedom to figure out what we wanted to do and how we wanted to do it, but there is also no guarantee that what you’re writing will resonate with anyone, so it was quite uncertain in that regard.

Has going back to make Every Open Eye in your longtime studio, but with better equipment, allowed you all to feel relaxed about the anxieties of writing a follow-up to a successful debut?
We tried to ignore external pressures as much as possible. We were obviously aware that there was an audience for Every Open Eye in a way there hadn’t been when we were writing The Bones Of What You Believe because more people know about the band now, but focussing on that when you’re writing isn’t helpful. So, we tried to block it out as much as possible and make a record that we felt really built on the foundations we laid with Bones. We’ve been really blown away by the response to the new record and the way that people really seem to have given the music a place in their hearts.

With the success that you guys have received, there are bound to be calls from interested external songwriters and producers, but you guys have maintained on working the sophomore album yourselves. Was there no one who approached you that made you want to consider a collaboration?
I think the second album was such a transitional time for us that we really needed to figure out what we wanted to do, just the three of us. I think now, after having made that album and coming towards the end of the album campaign, we know a lot more what we want CHVRCHES to be – on record and at a live show.

“… you don’t need to abide by
a certain blueprint in order to get
your songs played on the radio.”

In an interview with Pitchfork, you guys spoke about a few songs that have inspired you, you guys touched upon the likes of Radiohead, Prince, Death Cab for Cutie, and Jamie xx. How does each of these different artistes influence the music of CHVRCHES?
I think acts like Death Cab really influenced me as a lyricist because everything they say feels so personal to them, but also so resonant to the listener. And although acts like Dépêche Mode, Radiohead, and Prince are all sonically very different, there is still a focus on real songwriting. A band like The Cure are a real inspiration to us – Disintegration has some of their biggest radio singles on it, but it’s also, I think, one of their most nuanced and interesting albums, showing that you don’t need to abide by a certain blueprint in order to get your songs played on the radio.

It is important for the band that you guys are presented authentically as a trio and not simply a band fronted by a single person. As musicians, do you think being presented to the audience genuinely is vital so that there can be a fostering of true connection between musician and fans?
I think it was important to us that we be represented in a way that felt authentic to us, and not in a way that the media wanted. You can’t control what people write about you but you can decide how you want to conduct yourselves, and we always want CHVRCHES to be perceived as a band made up of three individuals rather than two producers and a face to front it. I hope that’s something that our fans like about us too – that we are honest and genuine.

It’s a cliché to ask established bands this, but what would you advise fledgling bands who are trying to make their sound heard by the masses?
Take the time to get your music ready before playing in front of anyone. It’s important to get gigging experience but you also want to make sure that you’re 100% happy with what you’re putting out there too – it’s a balancing act.

CHVRCHES will be collaborating with one of the Tiger Jams acts for an exclusive remix of their original track. The trio will be performing live at Tiger Jams Centerstage @ TREC KL on Friday 2 September ’16 as well.