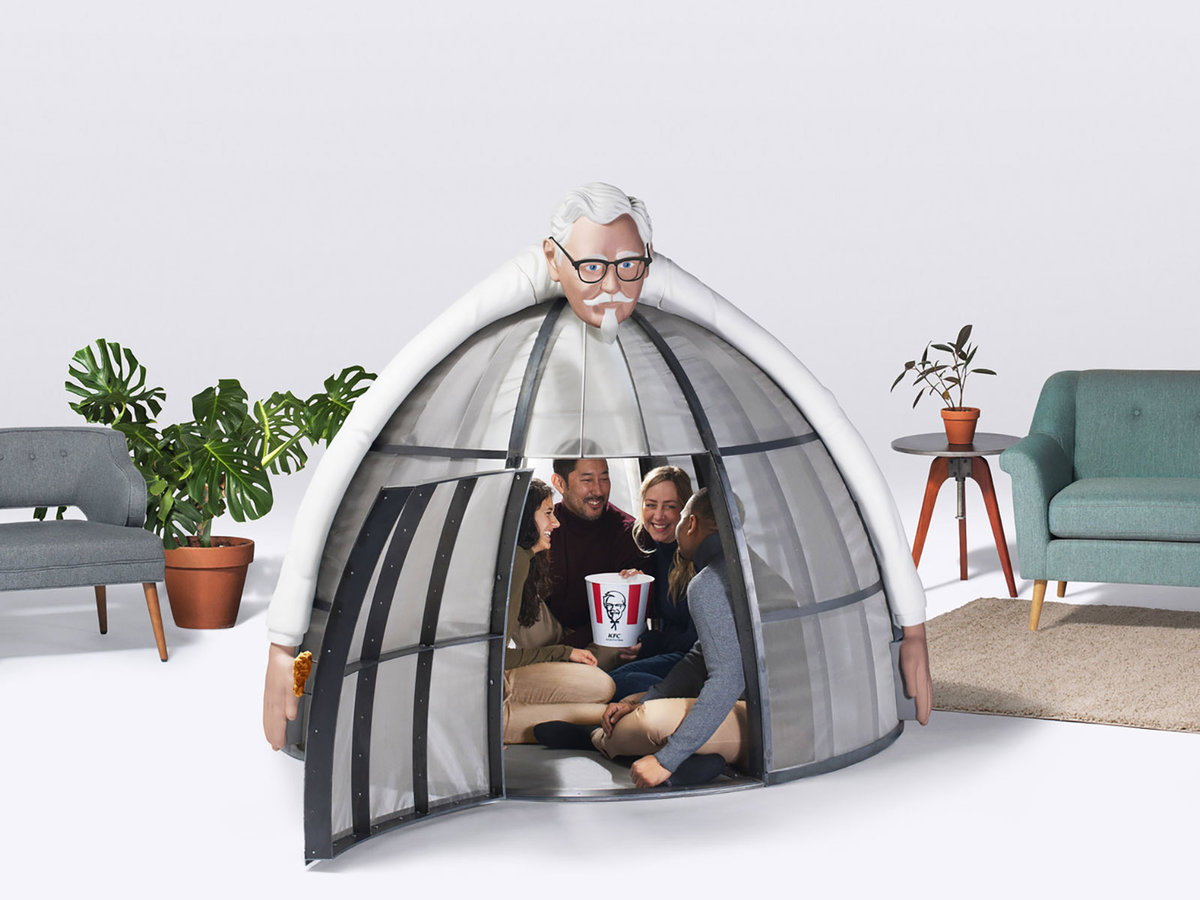 On your phone 24/7? Can’t stop scrolling Instagram, Snapchat, and Facebook? Mom pissed at you for being obsessed with your gadgets? That’s fine, KFC has your back with their latest publicity stunt: The Internet Escape Pod—a tent-like dome designed to disrupt the internet flowing to and from your devices. We stand corrected, KFC has your back… if you have an extra $10,000 (RM42,200) to blow on.

KFC is selling one ‘Internet Escape Pod’ for $10,000 on its website and claims that it would help people relieve some of the “stress” of the holiday season (well, holidays in the US that is) —i.e. Black Friday, Cyber Monday, Thanksgiving, awkward gatherings and nosy family conversations.

The design of the Internet Escape Pod is… interesting, to say the least. The tent-like dome is made out of steel and high-density architectural foam and fits exactly four adults (and a bucket of Kentucky Fried Chicken), so you can eat in peace without the distraction of your constantly ringing phones under the loving embrace of the one and only Colonel Sanders (yikes). Not to mention a fried chicken-leg doorknob. The pod is limited edition (thank god) and will be only sold to one customer on a first come, first served basis.

How gracious of you, Mr. Felix.

Well, the issue here is how badly you need to escape from the internet? We mean, you could really just shut your phone off, go on a walk and leave your phone behind, or delete the annoying apps altogether, but no, KFC insists that hiding under the embrace of Colonel Sanders is the best way to avoid those pesky notifications and reminders that you’re still single from your Tinder app. #ROASTED

We  will TRY hard not to judge you for wanting to purchase the deathtrap — oops, we mean the escape pod. But hey, there are a lot of free alternatives out there for you instead of dropping $10,000 on a deathtrap. Damn it, we mean escape pod.

Get a Slice of Chizza at KFC

Say Bye to Lush Bath Bombs, These KFC Chicken-Shaped Bath Bombs are What We Need