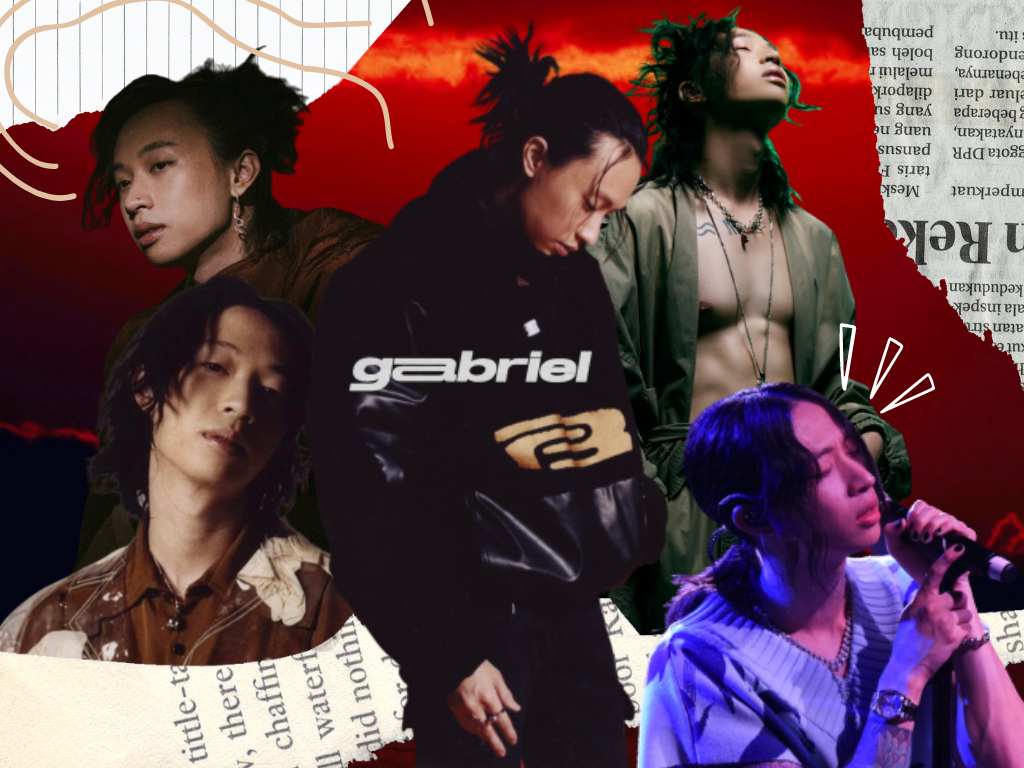 If you’re a huge fan of keshi like I am, you must’ve heard about his upcoming performance at Kuala Lumpur in December.

The rising singer, songwriter, producer, and multi-instrumentalist announced an Asia tour after wrapping-up his sold-out American tour. He’s kicking off his Asia tour in Bangkok, Thailand.

As anticipated, the news follows the release of keshi’s first album GABRIEL.

keshi’s renowned trilogy of EPs, skeletons (2019), bandaids (2020), and always (2020), have helped him become a streaming phenomenon, with approximately 3.5 billion listens across the globe.

The album GABRIEL, released by Island Records in March 2022, is keshi’s magnum opus. For the first time, the 27-year-old multi-instrumentalist and singer-songwriter will take centre stage as the protagonist of his own musical story.

Prior to GABRIEL, keshi had always worked alone, handling all aspects of his creative endeavours from start to finish. The release of his EP, skeletons, landed him on the Billboard charts for the first time, at position #59 on the Top Album Sales list.

After releasing GABRIEL, keshi climbed to number four on the album charts, making it the year’s best-performing debut by a new artist. keshi’s tune ‘GET IT’ from GABRIEL reached the Viral 50 and has over 5.5 million monthly listens on Spotify.

Personally, my favourite track from GABRIEL is ‘TOUCH’. The track talks about making love in an undesired friends-with-benefits relationship.

The lyrics, “If you want me, say you want me. Treading softly, on my body while you tell me that you’re taking it slow, but you’re pulling me close,” perfectly captures the emotions of accidentally falling for someone who wants nothing else but your body.

Besides keshi’s soft, silky and silverish vocals that lead this track, keshi did not fail to focus on the songwriting aspect as this artist continuously uses his intelligence in being vulnerable and delivering emotions to his listeners.

This track progresses to keshi asking his lover if his touch is better than the love that exists between them.

It has a similar message to Lykke Li’s iconic track, ‘sex money feelings die’ but from the perspective of a man who’s also stuck in the same situation. It reminds us all that men and women both go through this phase of being used for sex and nothing else.

JUICE had the chance to talk to keshi and yes, I was crying, screaming, and punching the air in that Zoom call because it was so surreal to be able to speak to him.

Here’s a summary of our conversation…

Hi keshi, so, GABRIEL, tell us a little bit about the album.

GABRIEL is a record that turned out much more personal than I intended from the beginning. It ended up being a means for me to process the experience of having transitioned from a much less public life to another, I’m having a little more trouble navigating recently.

I thought about success, purpose, family, pressure, and failure; how time is my only commodity and how sex is just skin; how little I care for what people have to say and how important it is at the same time. I was reminded how fun making music is supposed to feel, and that it’s just as much listened to as its lyrics are heard. It’s an album that I hope is candid, varied, and one you can come back to again and again.

In your downtime, what are you looking forward to the most once you’re in Malaysia?

Honestly, I’m not super sure on how I want to spend my time yet. I just got off a crazy US tour and we did like 40 shows total with the EU. Any downtime that I did have I honestly just spent time trying to recuperate in the room, but that’s in America where I was used to making gigs so I’m honestly very excited to explore all of the different fast foods from all the different countries.

I heard that the US tour was long, was it mentally and physically challenging for you to get back on the road again?

Ya, I mean the thing is, it kind of feels like an alternate reality. Day in and day out it’s the people who are so supportive and appreciative of the art that you create. It feels like all at once the love is there, but it is really physically exhausting, you feel like you’re trapped in a vacuum compartment with 16 wheels (the tour bus).

What gets me through it is the people that I surround myself with on tour, it feels like a family, it feels like camping with your best friends. While I ache to be back home, that family (his bandmates) is all the way from home.

Since we’re on the topic of being on tour, how has that experience improved you as an entertainer?

I feel like it’s really cemented my confidence, in terms of like, it doesn’t feel as fleeting anymore. The thought that I could be an artist is not just going to escape out of my hands which is what I felt when I first started. It feels like the reception was so strong that I know that the fans are here to stay.

That lets me relax a little more in terms of my creative so I can take it (the touring experience) home and kind of just make the best part that I can without the pressure.

With the HELL/HEAVEN tour, what is one key message that you hope to bring to the audience?

Honestly, GABRIEL feels more like a diary than something that I want to preach, it wasn’t really a message to anyone in particular except for myself, and I guess if I wanted anyone to take anything away from it, I just hope it becomes a record that anyone could listen from time to time again without feeling like it belongs to a certain time period, like 2022 only. I want them to be able to listen to it years from now too, that’s kind of the record I wanted to make.

We’ve seen many Asian and Asian American acts absolutely killing the game as of late. How important is it for an act like you to open the door and bring Asian representation to Western music?

I think representation is immensely important, but I also think it has to be done in a tasteful way that doesn’t feel like as if you were giving or shedding light on an act specifically because they’re a certain ethnicity. I’ve always been a component of the art is what needs to be shine.

And that is how you get the representation that feels genuine and not forced. Because at the end of the day, it needs to feel like it’s not all coming from one place. That’s the way that representation works the best.

If you’re excited to see him perform in Kuala Lumpur, we hope that you’ve bought your concert ticket.

Tickets for keshi’s visit to Malaysia for the HELL/HEAVEN World Tour are no longer on sale for both dates after they were sold out in under an hour.

Nevertheless, we’re beyond excited to see him grace the Malaysian stage and we hope to see keshi’s career grow even more in the future.

Staying Independent & Shaping Up His Own Career, Imran Lee Opens Up About the Modelling Industry

He’s tall, smart, business-driven, and makes us all 😍. Read what Imran Lee has to say about our modelling industry.

The Exposé of the M’sian Fashion Industry: The Price of Inclusivity and How Agencies Hurt Our Models

Is the fashion world truly inclusive? Are modelling agencies still problematic? What about predatorial photographers?