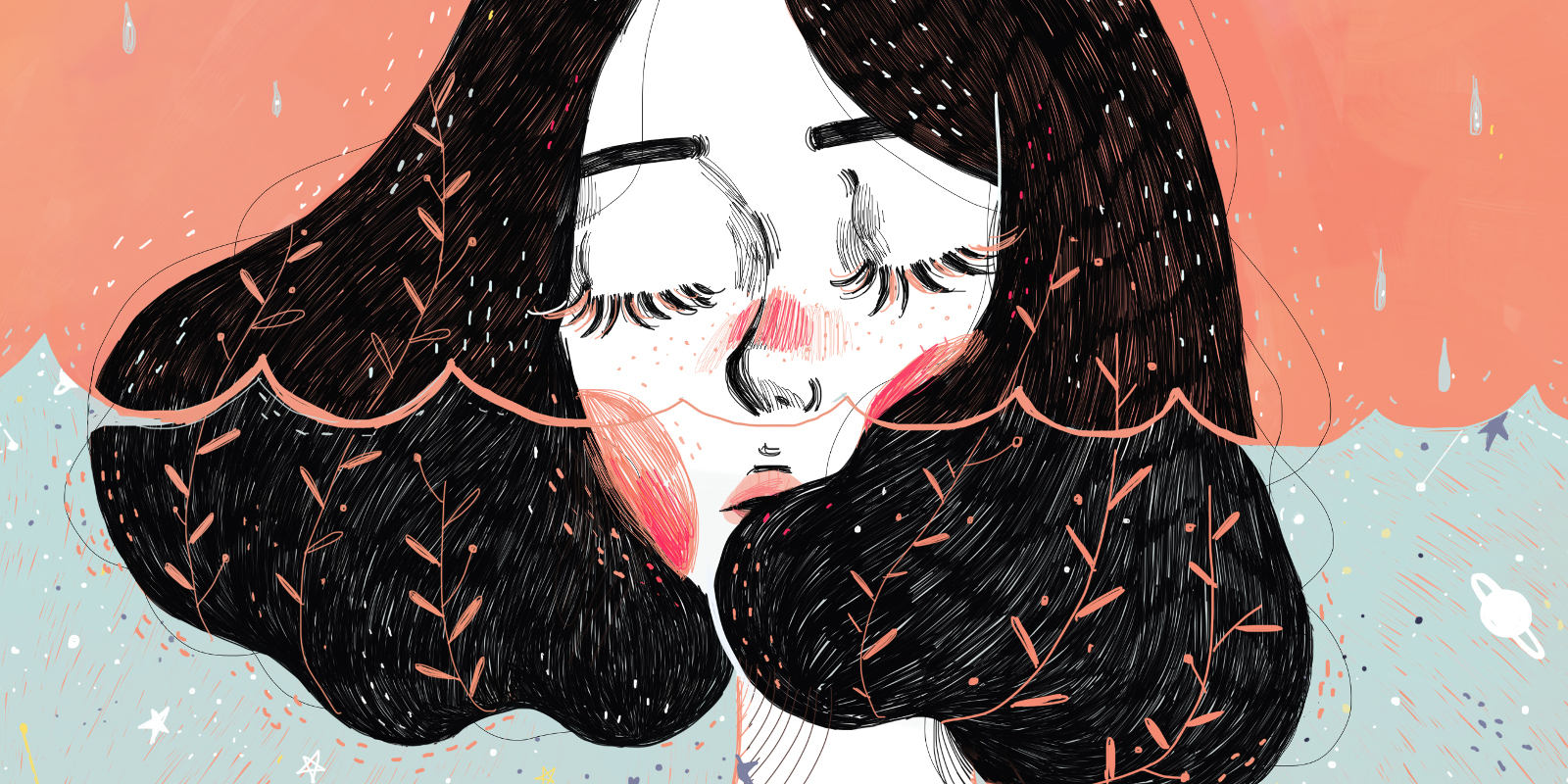 Kathrin Honesta’s illustrations primarily feature a girl, who’s also the heroine of her own self, navigating through personal and large hurdles she may encounter en route to life. Sometimes, her character would be struggling with self-doubt and anxieties concerning professional and passion-based pursuits. Mostly, one can tell that Kathrin inserts herself into her drawings as a way to express and release her ponderings onto paper.

Growing up in the bustling city of Jakarta where skyscrapers and mind-numbing traffic are ubiquitous, with a seeming dearth of greenery, Kathrin’s nature-laden art is in direct contrast with that. “I guess it has some effect on why I like to incorporate nature elements to my drawings. I long for nature; a calm quite place to be free from all the hectic-ness of this big city,” she elaborates. Her drawings are often accompanied by text, be it embedded in the illustrations themselves or as contexts given in the captions of her postings. The words are either her own, or derived from literary quotes.

Her doodle project The Undaunted Dandelion was spawned from a portfolio book project she had done for her final semester in college. Despite the seemingly dainty character, she “wants to convey a story where people could notice strong characters and personalities through the work.”

Since leaving Malaysia for her home country, Kathrin currently freelances on various projects such as campaigns, book covers, and illustrated storybooks. Recently, she is working on an upcoming project with NagaDDB to create a series of illustrations for a non-profit campaign entitled #StopNurseryCrimes that built awareness on sexual abuse against children. Also, her illustrations can be found on the cover of Asian Book Award Finalist Catherine Torres’ book called Sula’s Voyage.