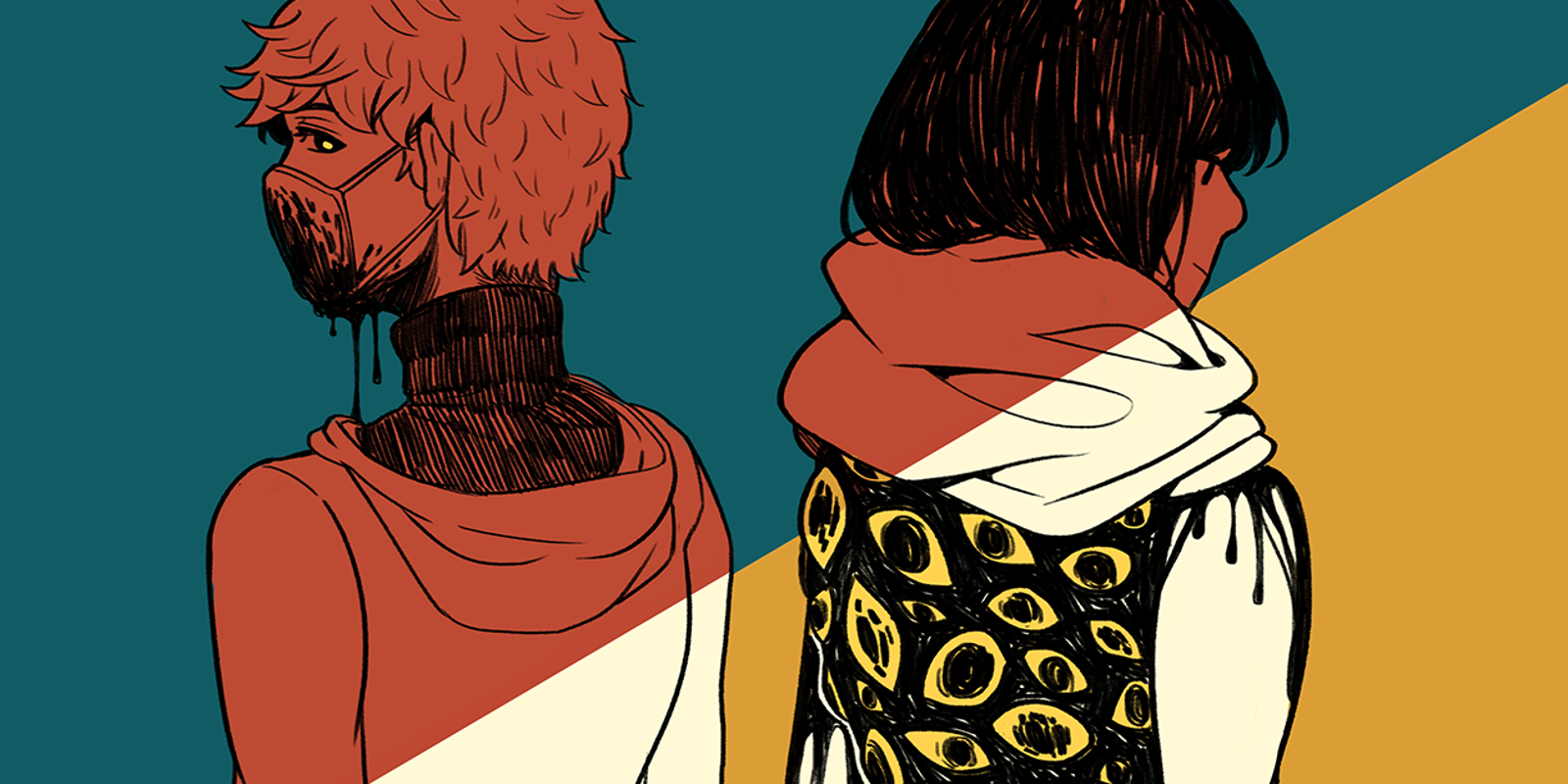 One can see it in the wide, aqueous eyes, the expressions, and the stylistic qualities of Julia Hannie’s work that manga and anime have largely inspired her illustrations. Julia grew up voraciously consuming volumes of mangas she borrowed from her brother Jo, who also became her prime muse, audience, and harsh critic of her work. “I draw a fair bit of him both because he was essentially what encouraged me to get better, and also because I think he’s pretty cool and I still look up to him in a way (laughs).”

She cites her favourite anime D. Gray-man as one of the few mangas that prompted her to draw. Manga writers and artists Hoshino Katsura, Yuhki Kamatani, and Beatrice Tan (kidChan) are the mangakas she aspires to be as she refers to them as essentially her childhood heroes. She also admires the works of Sachin Teng, Mel Tow, and Em Partridge, all of whom she can proudly refer to as friends.

Primarily, Julia is self-taught, though she studied communication design in school. The formal education taught her the means to present and communicate her ideas properly while also creating images that were objectively aesthetically pleasing. The development of her personal illustrative style comes from her replicating the techniques of the works of artists online and in print.

Since finishing her studies, Julia is taking a break to focus on family and personal art projects, as she says, “Downtime may have started but someone’s gotta pay the merch bills, ya feel?”

Take a look at her select artwork below: