Although many patrons are opting to stay away from drugs at music festivals these days, it’s not uncommon to find that one guy whose ambition is to consume all of Woodstock’s stock in one seating.

Such is the case for a festival goer, Pete Townshend (obvs, not his real name and not related to The Who). As reported by Rave Jungle, the self-described psychonaut took 20 tabs of LSD at a festival hosted by Kosmic Events.

Townshend took to Twitter to post a short video of himself eating 20 tabs of LSD. Festival staff and attendees found him difficult to deal with.

Festival owner Daniel Green responded to Townshend on Twitter by saying, “We have your full legal name and pictures and if you come onto the property next year you will be arrested immediately.“

There’s a reason for banning Townshend. As one would behave after ingesting 20 tabs of LSD, with God knows how much dosage in each tab, things got out of hand for him and he was eventually escorted out of the festival in an ambulance. But that’s not all folks… lo and behold, after missing for a few hours, Townshend came back at around 3am in the morning in his hospital gown to continue his psychedelic revelry at the festival. Guess he didn’t want to miss the headliner..

We know how to deal with it, I’m the director of 3 festivals in the edm space and I’ve seen it all. Been throwing festivals for 8 years. This was a lot more than a dude that took some lsd and went on an ambulance ride.

Some people called out Green for his authoritative response to Townshend on Twitter, while some understood Green’s actions for banning Townshend from the festival. When one Twitter user commented that Green did “sound like a cop”, the festival organiser had an apt clap back: “I sound like the owner of a festival who had a to deal with a dumb ass on 20 hits of acid.”

But after the banter on the virtual public sphere died down, and probably after the psychonaut calmed down a bit, Townshend apologised publicly on Twitter. “My largest regret is holding up the emergency services, scaring people, and missing time with the squad and good sets. I missed Charles the first,” said Townshend.

One key thing to learn from all this is don’t trip your balls in a public space, especially a crazy amount of it, because it’s not going to be a pretty picture. 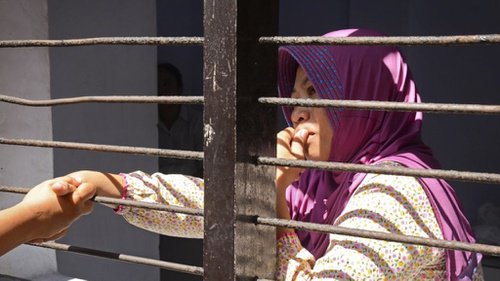 Teacher Goes To Jail For Recording Sexual Harassment From Her Boss