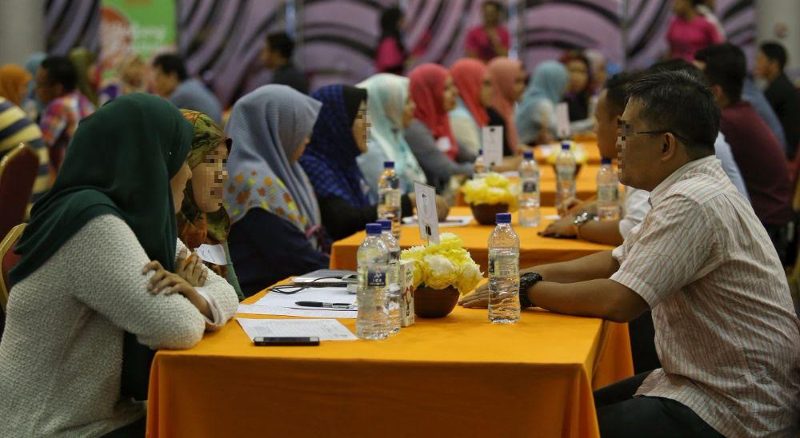 If you’ve heard of Speed Dating, then you can probably guess how Halal Speed Dating works as well. It follows the same ol’ speed dating rules, but mixes it up with Islamic ways of finding a potential spouse. You might find that weird, but it’s been getting bigger here since its inception in 2015, and we’re here to tell you why.

Like a conventional speed dating, Halal Speed Dating follows the same rules. You set a date, time and place for the event. You get a host, and the attendees sit down and have a chat for 5 to 8 minutes, then the men move on to the next table until time’s up. If someone catches feelings for you, then you decide if you want to take it further.

The difference that Halal Speed Dating (HSD) has compared to typical speed dating is that it’s, well, halal. So the ladies usually need a chaperone on the date, usually the father (but we’re assuming you could bring along your best guy friend or brother if your dad’s busy).

Hmm… maybe this is not the place for one to discuss feminist issues, as we can see from the vid below, it’s a pretty traditional setting:

Although conducted in a Syariah-compliant way, the service is not limited to only Muslims, non-Muslims are also welcomed to participate too. And no, you don’t have to become Muslims after you get married if you and your partner are non-Muslims to begin with – that’s like saying you need to convert just ’cause you ate at a Malay-Muslim restaurant. It’s just as legitimate a service as regular Speed Dating. However, if your future partner is Muslim, well, the law is the law.

The Syariah-compliant dating service was originally founded by Norhayati Ismail, Syed Azmi Alhabshi, and Zuhri Yuhyi, along with his wife Munirah Tunai. The husband and wife duo now runs the event series and they’re now known as ‘Mr and Mrs Hitch’ for their successful match-making efforts. If you ask me, it actually sounds really cute.

HSD was set up to help busy modern Muslims find potential partners through a Syariah-compliant, straight-forward way. It has been self-described as “anti-Tinder”, if you associate Tinder with casual hookups. If you guys had any experience with Tinder, you know that’s usually the case.

Not to hate on Tinder, but if you plan to find a soulmate, someone you want to marry and have all that good, wholesome loving with, then maybe HSD is something you should try. Considering that over half of the population of Malaysia is Muslim, why not?

While HSD and regular Speed Dating are both convenient ways for busy (and sometimes awkward) urban dwellers to get personal, it would be nice to note at this point that we live in a multi-cultural and multi-religious society and everyone should be free to choose whichever form of Speed Dating they prefer.

I’m no expert on finding soulmates or relationship for that matter, but the people at HSD seem to know what they’re doing. Since 2015, they’ve successfully organised 3 match-making events, and a few participants actually got married after meeting through HSD.

HSD is now expanding its efforts to help people find love in a halal way beyond Malaysian shores. According to Channel News Asia, they plan to expand their services in Brunei and Singapore, and with an app that’s in development, it seems that a lot of people are finding the platform to be supportive of their goals, and one that actually works.

If you’re interested in finding love (in a halal way), maybe you can give Halal Speed Dating a shot. Who knows, your jodoh might be there waiting for you.