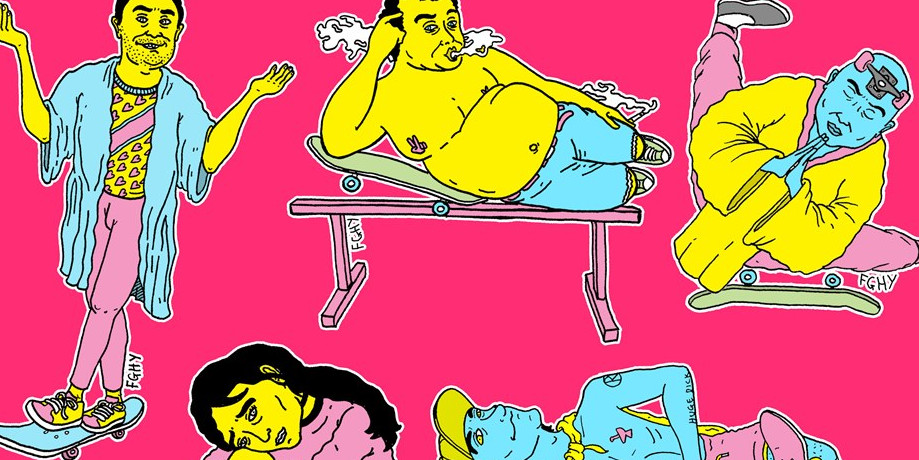 The Simpsons, Beavis and Butthead, Futurama, and The Three Friends and Jerry are illustrator Fry Yusof’s favourite TV shows growing up. The shows’ individual themes and characters where serious issues are commented in jest are elements that strongly appear in his own work. He particularly idolises Matt Groening who retains his style over the years despite technological advancement and trends.

We first noticed Fry’s work via the band LUST’s tee (pictured below). The music fan has also illustrated a t-shirt graphic for Iqbal M, who found him on Instagram, just as we did. A self-taught artist who’s consistently inspired by his older brother, Fry says using comedy effectively can turn negativity into positivity. Describing himself as someone who’s neither angry nor spiteful, he does however like to poke fun at the ridiculous nature of people’s behaviours and conducts he’d read about in the news. He hopes that the colours and his characters’ facial expressions are able to provide some lightness to anyone who may feel annoyed, pissed off, or any other negative feelings.

More of his work below: