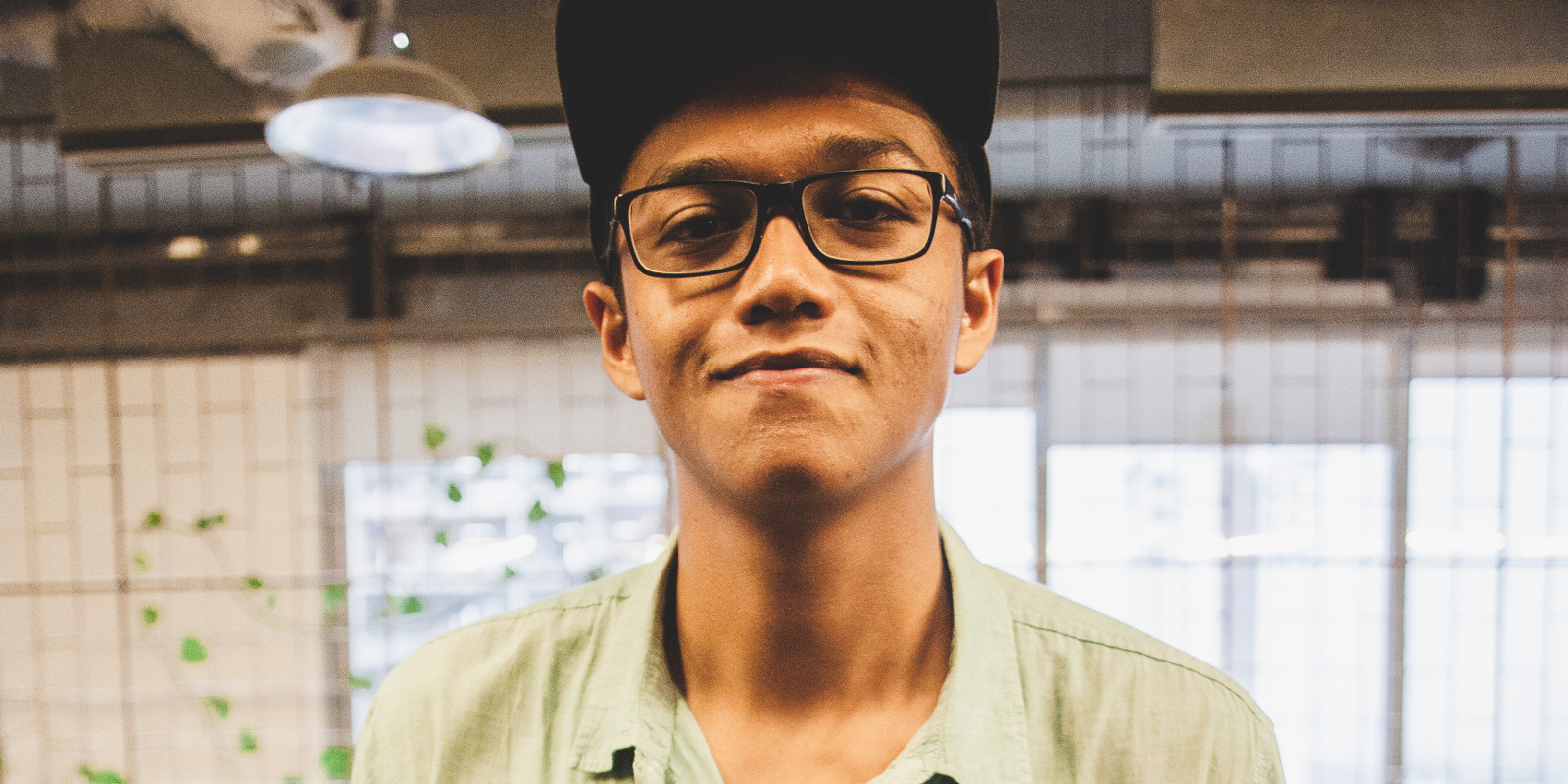 Fazry Santaroena is a relatively new name in the beatmaking scene; he can only count the number of times he has performed live on two hands, such as at ambient musician Dae Kim’s ‘Instagram 7.7.2’ single launch party at Studiohive, the second edition of League of Captain’s Prime Fridays, and most recently at NB4T x Phyla’s showcase in conjunction with this year’s Urbanscapes. However, JUICE had noticed the young producer since the release of his moody five-track EP Dancing Notions/Nightcrawler mid-last year, which immediately reminded us of the works of Low End Theory luminaries such as Nosaj Thing and Flying Lotus. And now, the young producer is primed to release his eagerly awaited debut album titled ROGUE.

Images Your Meal + All is Amazing

As an adolescent, Fazry was already teaching himself to play guitar and bass; he even joined a smattering of bands, as musically-inclined teenagers tend to do. He soon matured away from performing in bands and started producing music on his own just a year and a half ago. Even so, it doesn’t mean that he has entirely rejected band music – in fact, he has a great fondness for Foals. “There’s an energy from them that moves me,” praised Fazry, “the songs have a story, [there’s] no drop, but a story.” Although there’s no direct influence, creating songs that deliver a message such as the English indie rock band is something he aspires to instil in his own music.

Fazry – who’s just only turning 21 this year – had taken the plunge to focus on music full-time after dropping out from studying theatre in university. It was a difficult decision for him to make because he loved acting, but alas, his theatre aspirations are put on halt as he intends to pursue his music career seriously. “All I want to do is music,” he said. There is, however, an overlap between his two creative passions. For example, similar to how an actor prepares for a role, he revisits the headspace of his past self in order to uncover some songwriting inspiration. It’s a process he had described to us as an unconscious, organic one.

However, unlike some of his peers who ruminate about romance or heartbreak for songwriting material, the young’un expresses the turbulence of transitioning from teen to adult. “It mostly comes all at once, it’s never really one problem; [it’s] not heartbreak, or this, or that – it’s one big problem that triggers me,” divulged Fazry. He further noted that it was during the writing of his EP where the private confliction was at its most potent. We tried to pry on the matter, but he simply waved it away, stating, “Everyone goes through it.” Despite his understandable reticence, the clues and hints can be found imbedded in the tracks he produced. Take for instance the urgent ‘Indistinct Behaviour’ where a pitch-shifted down vocal states “I don’t know what to do right now; change is coming” – a vulnerable sentiment that we surmised to be the perfect encapsulation of his then state of mind. Fazry has since become more settled and continues to deal with life’s capricious nature day by day.

“… it’s never really one problem; [it’s] not heartbreak, or this, or that – it’s one big problem that triggers me.”

“I’ve found out that I can only work with myself… for now at least. I’m [still] learning by myself.”

Progressing from his excellent EP, Fazry has been hard at work on his first full-length album ROGUE, one that will once again be a reflection and documentation of his life thus far. Titular single ‘Rogue’ was released nine months ago, and it’s rife with glitches and beats that seem to rebound in an agitated frenzy. Ever since then, he’s put out two more tracks from the upcoming record, with the latest one, the very synth-y ‘Disco Biscuit’, showcasing real diversity to his production style. The release will see the beatmaker dabble in singing too. While making music comes easy to him, penning lyrics, however, does not. When asked if he had any help from friends who were better with the written word, he responded, “I’ve found out that I can only work with myself… for now at least. I’m [still] learning by myself.” It’s an admirable independence, but it should not be misconstrued as him shunning external input or aid. In fact, Fazry demonstrates a yearning for self-improvement as he’s very eager for feedback both kind and constructive. With a hardworking attitude such as his, it’s only a matter of time for others to take notice and be intrigued.

Santaroena will launch his debut album ROGUE this Friday 19 August ’16 at Under 9.