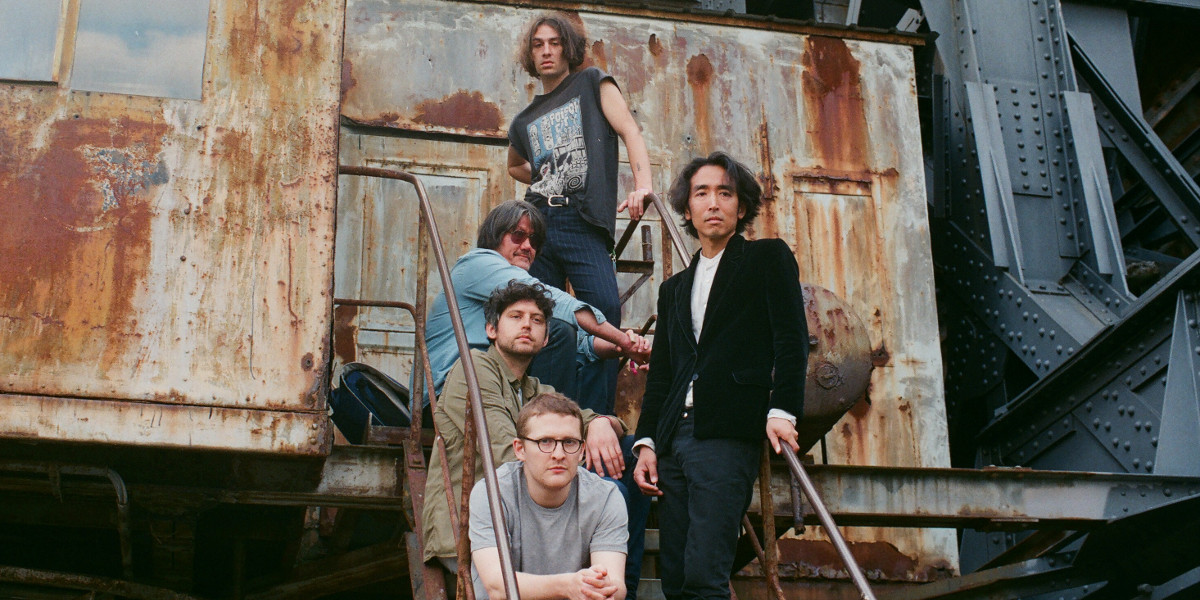 The last time JUICE spoke to Sam Shepherd, or Floating Points professionally, it was a during Red Bull Music Academy in Tokyo in which the PhD graduate talked extensively about his vinyl collection, his DJing methods, and preferences. Here in a second interview in conjunction with Laneway Festival Singapore ‘17, we further speak to the DJ-producer about his attention to toying with the context in which a particular piece of music is played — disrupting the conventions of genre and notions of suitability. Also, Shepherd is conscious of creating space in his languid, considered electronic compositions, which is enabled by top-notch studio gear and quality sound system.

You’ve said that you like recontextualising music in different settings – classical music in a club. Do you do this for every show you’re booked for?
Yes, every gig. A lot of the music, maybe a third of it, when it was made, I don’t think the artiste thought that it would end up in a club. So, the records I play weren’t made with the club in mind – I really enjoy doing that, it’s one of my favourite things to do.

Elaenia took six years to complete because you were completing your PhD in neuroscience. Are you happy that you took such an extended amount of time to write, produce and work the album?
Yeah, I think there’s forced patience and there’s a lot of detail on the record because I kept coming back to it and it’s much more of a delicate record than anything else I’ve done, purely because it’s a long form project, that’s gonna take a long time to make anyway, but it took a lot more time to complete because of the pressures of my university work.

You’re now joined by an 11-piece orchestra for the live shows, is this somehow a resurrection of the Floating Points Ensemble?
Some of the players in the Ensemble, yeah. But there are a lot of people as well. It’s really fun working with them, they are friends whom I met in the scene in London over a course of a few years by just being at gigs and music events.

“When you put your headphones on, you’re no longer sitting in a room, you’re sitting in an environment that could be intimate.”

Taking great care of space, how different sort of music is limited or expanded in a given venue, when did you start to realise and utilise this spatial element in your music?
I’ve never been aware that my music has a spatial quality to it. I’m really into the idea of creating space to live in, so I imagine when you put your headphones on, you’re no longer sitting in a room, you’re sitting in an environment that could be intimate – intimately large or intimately small. The sound and the music that you create moves in the space to create that room – I’m really interested in that idea, so I try to make my mixes richer and more dimensional as possible. I’ve actually got a lot of studio gear that does a lot of this stuff.

The owner of Plastic People, Ade Fakile and Theo Parrish had a major influence on you as a DJ. What are some lessons you learnt from them?
They taught me about context of getting music in a club that doesn’t belong there – the point that we talked about earlier, Ade and Theo taught me that. When I used to see them when I was younger, they’d be playing records and I’ll be going crazy over there, and I’d go, “Amazing! Amazing!” Those years of seeing Ade play there, he’d play from The Beatles to Malo to The Clash to Kenny Larkin – he’d go everywhere. Yeah, they gave me confidence that you can do whatever you want.

“I really like space in a club where you’re kind of reaching out and bring people together – that’s why it’s important to have a good sound system.”

You like music that’s inviting, which you equate with being able to hear the human playing the music, be it imperfect or making mistakes. Is that something you’re thinking about when you’re performing or making music?
Yeah, definitely. I really like space in a club where you’re kind of reaching out and bring people together – that’s why it’s important to have a good sound system.

Floating Points is one of the international acts for Laneway Festival Singapore ‘17, slated to happen on Saturday 21 January ‘17 at The Meadow, Gardens By The Bay.