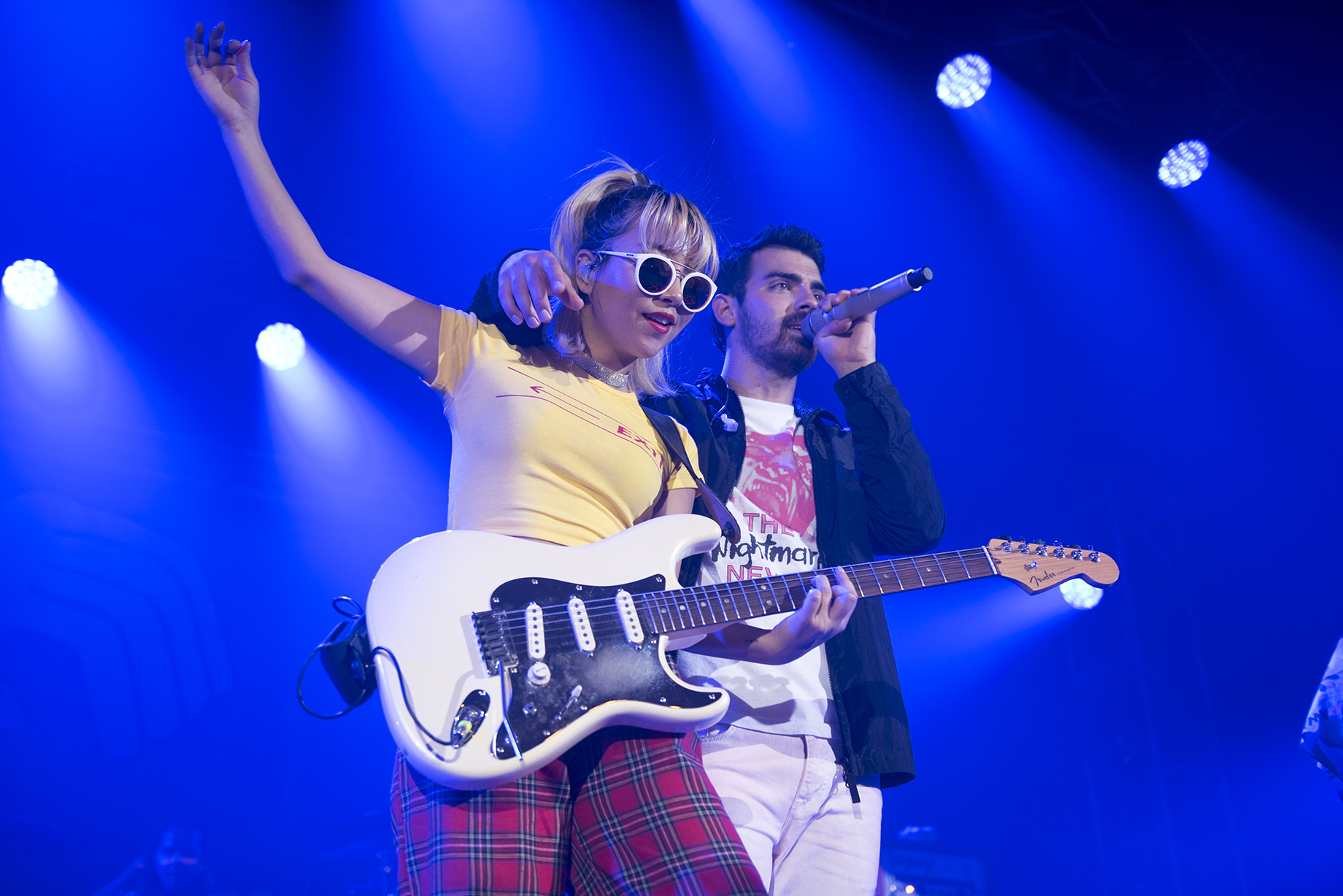 Funk-pop band DNCE made their way down to Kuala Lumpur last weekend, checking off the first stop of the Southeast Asian leg of their tour. The quartet, consisting of frontman and vocalist Joe Jonas, guitarist Lee Jinjoo, bassist and keyboardist Cole Whittle, and drummer Jack Lawless, possess one of the most fervent music fanbases in Malaysia; organisers Universal Music Malaysia ran a stream-to-unlock activity to gauge a response towards a prospective DNCE concert in Kuala Lumpur, and fans were tasked with streaming the band’s album as much as they wanted to demonstrate their eagerness to bring Joe Jonas and co. over to this side of the globe. Within the first two weeks of the campaign, fans had surpassed the target number of streams, showing their love loud and proud for DNCE’s rhythmic, disco-inspired pop music.

The show quickly turned into a full-blown dance party injected with a healthy dash of silly eccentricity from the band. DNCE made their entrance onstage donning lion heads, and Joe proceeded to stand centrestage holding up an inflatable lion cub toy while the intro music to the Lion King played overhead on the speakers. As they shed their wild feline alter egos, they kicked things off with ‘Naked’, a track lifted off their self-titled album DNCE. Crowd favourites like ‘Toothbrush’ and ‘Kissing Strangers’ were paired with the band’s other equally dancefloor-worthy material from their first full-length album.

Like their well-loved hit, DNCE have some of the best ‘body moves’ that any pop rock band could bring to the stage. The rest of the quartet weren’t going to just let the Jonas Brother hog all of the spotlight; Jinjoo’s mysterious rockstar allure, Cole’s wacky onstage antics, and Jack’s headbanging drum-playing merged effortlessly with Joe’s charismatic stage presence as frontman, making sure that the atmosphere was nothing short of electric.

Alongside their own songs, DNCE also performed their own renditions on classic pop hits, including David Bowie’s ‘Let’s Dance’, Drake’s ‘Hold On We’re Going Home’, and a late ‘90s mash-up that saw Spice Girls’ ‘Wannabe’ and Britney Spears’ ‘Oops I Did It Again’ meshed together in one seamless performance.

The band closed their show with their chart-topping first single ‘Cake by the Ocean’. The groovy, funk-inspired track was a perfect note to end the show on, and we can only hope that DNCE will be back to party with their Malaysian fans in the near future.