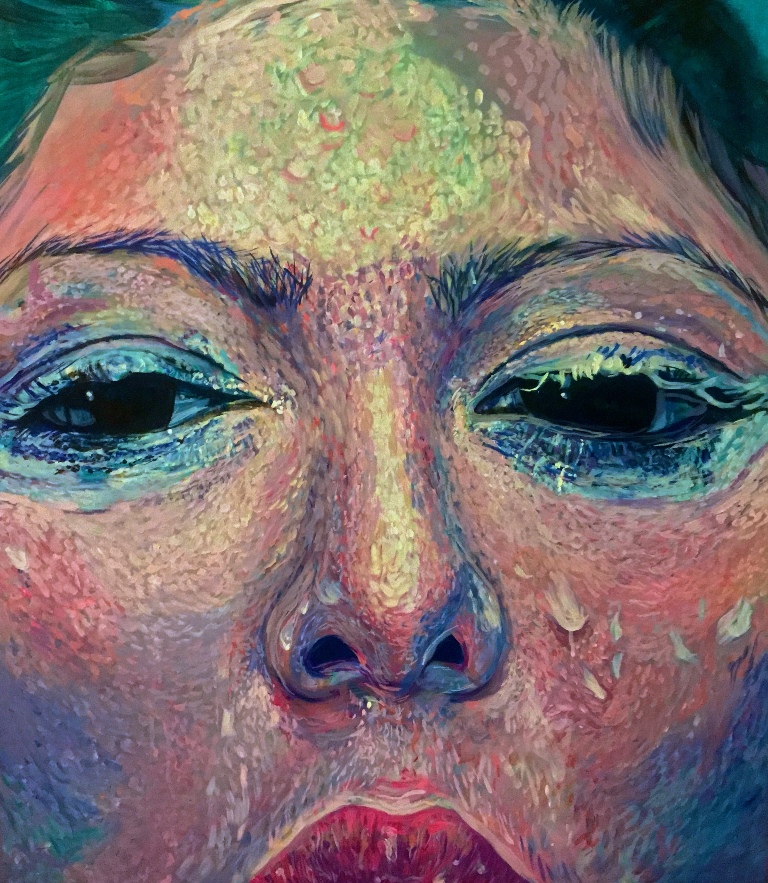 During her stay in the UK for studies, Sophia Kamal would paint and paint on the grounds of expressing herself in her withdrawn, solitary existence. Though she received direction and was given assignments on various topics, she continued to paint without a concrete subject matter in mind. But in her second year abroad, she found that her social interactions and engagements had slowly informed her work.

In her debut solo exhibition entitled WUDU, she displayed the entire catalogue she had finished during university where they all culminated in a theme of self-acceptance as an insecure Muslim girl learning to embrace her flaws through a religious practice (the wudu, ablution). The artist is very interested in the cleansing and evidently healing ritual, therefore the hands and the head have become the dominant features of this series. One example is ‘Milk and Honey’ where a tube of neon light — representing water — shines on a woman’s face, revealing her imperfections. The head, according to Sophia, also represents planets as she’s fascinated by the idea of people as planets orbiting one another. The idea came to her as she worked in the night time, constantly thinking about the galaxies beyond.

Have a closer look at Sophia’s work below: 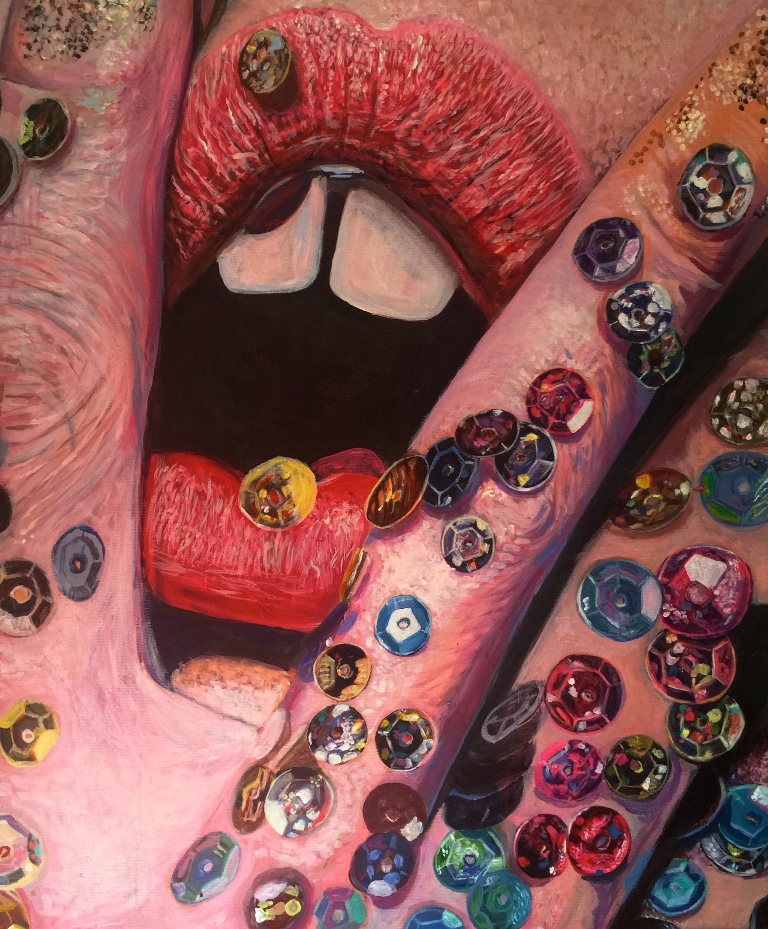 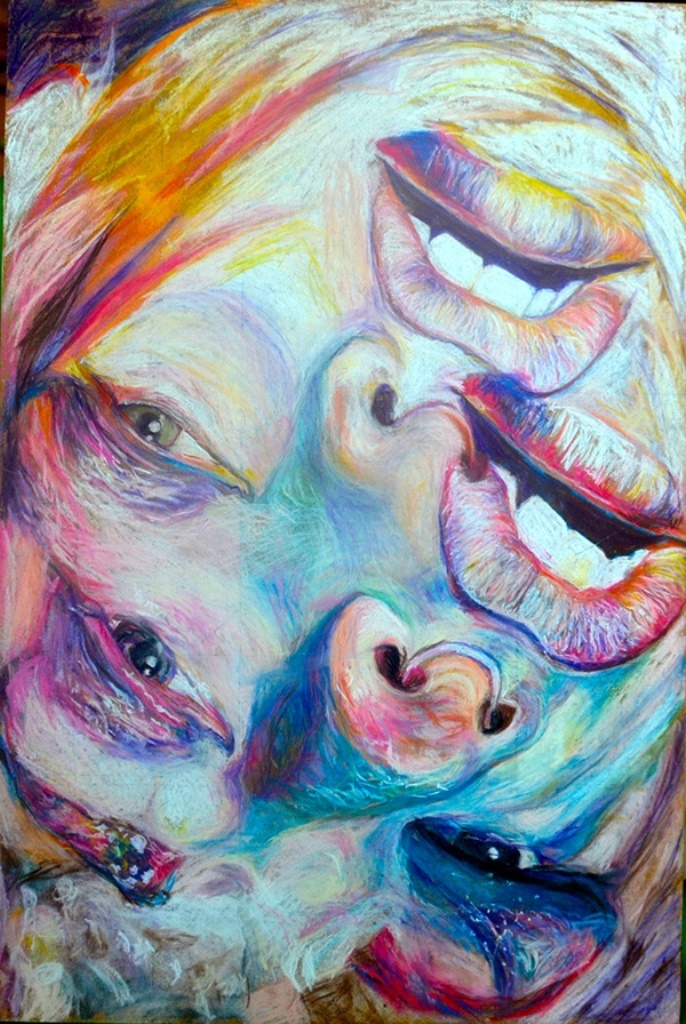 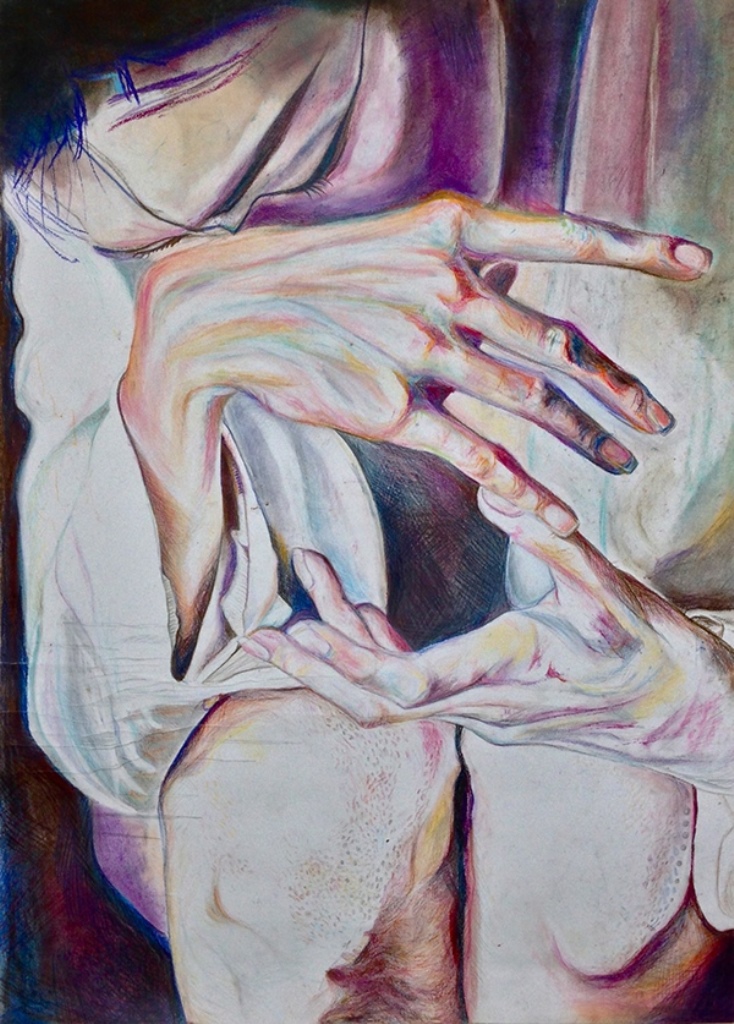