The local indie scene was shook when they found out that a former guitarist from an upcoming Malaysian pop-punk band, Night Skies & Visions is an alleged sexual predator as claimed by his former friend on Twitter. And now it seems like another member of the local music scene has come out to accuse the same person, but this time it’s about money.

Before we get into that, let us fill you in on how this person was initially “exposed” as someone with deviant sexual tendencies. In a viral thread created by @ZeSpooky on Twitter, he wrote, “Based on his behaviour, we knew he was some kind of a pervert – we just didn’t know to what extent. Since nothing actually happened, we kept him around.”

Later in that thread, it turned out that their instincts were true as they caught the dude red-handed, stealing 15 pieces of undergarments of their mutual friend at her house. Apparently, they had got it all on tape as the girl had already set a trap after noticing that her stuff went missing.

Nonetheless, @ZeSpooky shared the story as a reminder for girls to stay vigilant, especially around this particular guy and to ensure he remembers this and takes this as a lesson.

Unfortunately, it didn’t end there as the lead singer from NS&V claimed in another viral twitter thread that she had fallen victim too. Apparently, whenever they were having band practice and when she needed to use the toilet, the predator would always find an excuse to go first.

Turns out, he had been secretly planting his phone inside the toilet and was recording her this whole time. This had occurred several times and when she finally confronted him, he claimed that it was just a “joke”. Yikes!

One night, same thing happened. This time I found his phone sitting on top of the shelf in the toilet with his iPhone camera conveniently sticking out, putting an air freshener on top of it to hide it. I took this video to see what the camera would have captured. pic.twitter.com/8hB07B3KKK

Since then, the band had issued a statement and obviously kicked him out of the group. In fact, the predator himself posted an apology on his IG story. Take a look at the screenshot below: While the local indie scene and fans were just trying to process this whole situation, it turns out, he might be more that just a sexual predator–and just an all out shady person. In a statement issued by local metalcore band, Ivory Aisle, they stated that they found out that the predator (who is also a gig organiser) had been mishandling money for their upcoming Motions Tour.

After hiring the ex-guitarist as the organiser, it was clear that he was not being transparent with where the money for the tour went, and soon discovered that all his claims did not match the truth. When it came to booking the venue for the show, they stated that, “He was going to quote us a sum that would totally go into his pockets”. He also tried to skim some money by using promotional reasons. Senang cerita, it was all bs.

Take a look at the full statement below:

Though the Motions Tour had to be postponed, Ivory Aisle are still very much interested in doing the show and are in process of starting over with a more reputable and reliable organiser.

So, what can we learn from this story? Number one, sexual predators can be anyone including your close friends who you’ve known for years. It is your responsibility to call out any suspicious behaviour in your circle of friends, cause if you don’t, you’re technically an enabler. Teach men to be held accountable to their actions.

We applaud @ZeSpooky and @Celynling for speaking out for all the victims, and we wish nothing but the best for anyone who has been manipulated by this man in this small and tight scene of ours. 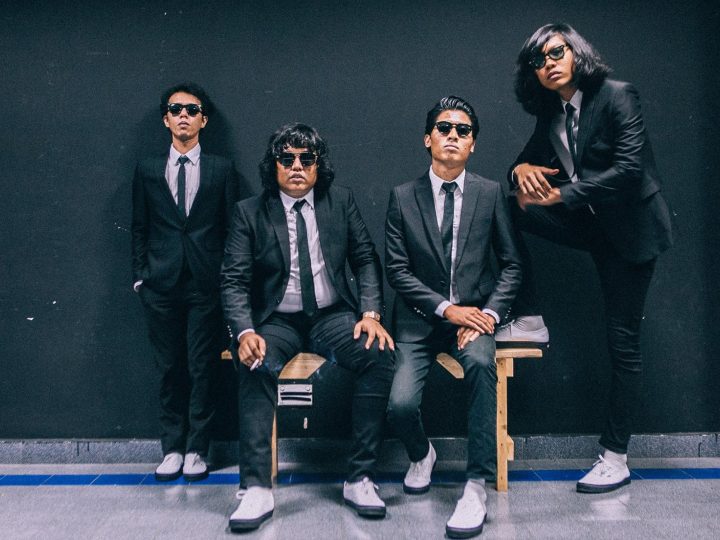 Kugiran Masdo is NOT Cancelled for Speaking Up About Piracy

If you think the band shouldn’t have said anything, you’re part of the problem.