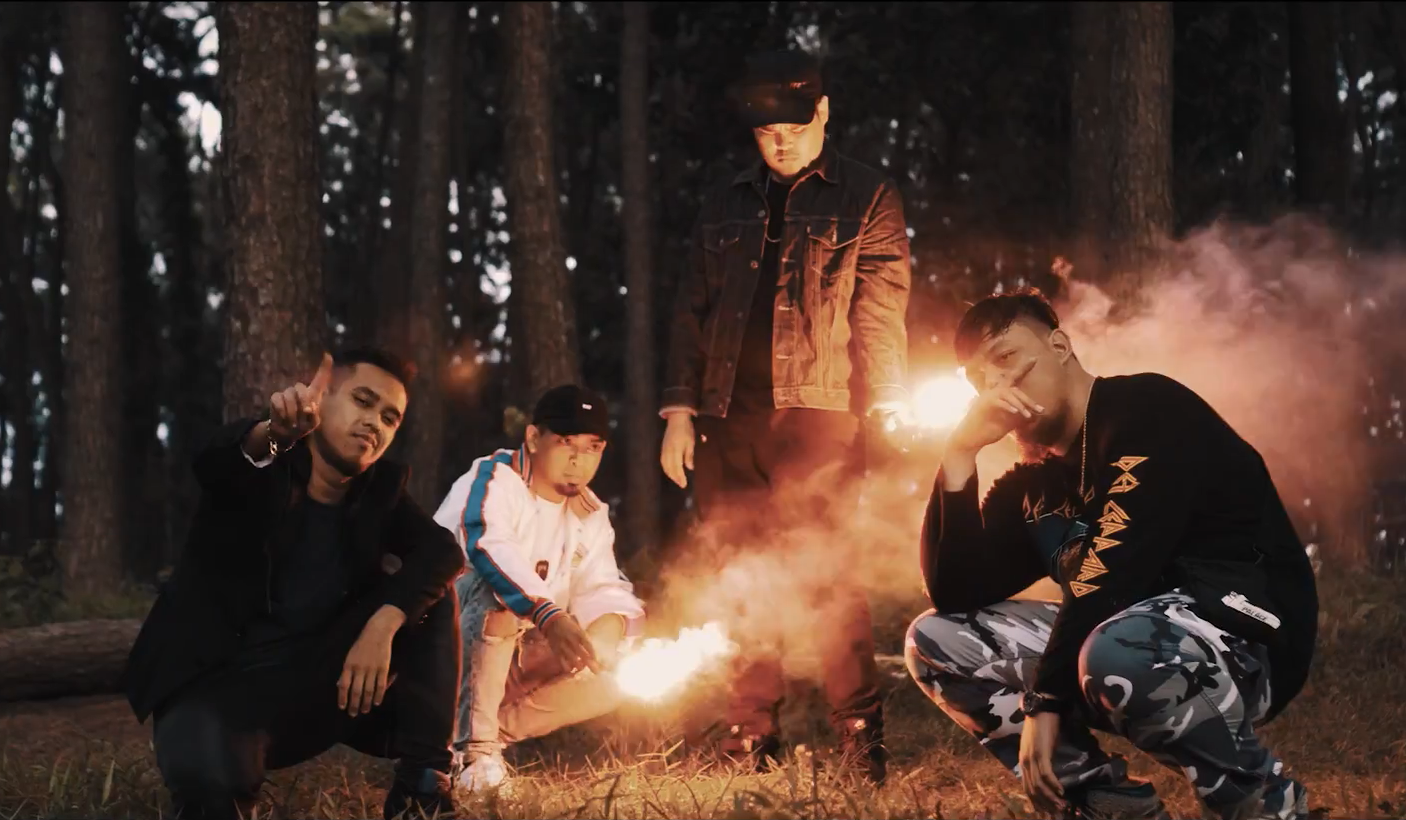 With sweet pressure coming down on what they’ll be doing next, hip hop collective Krayziesoundz (KRZ) replied by releasing their latest track ‘Baldoh’ which simply means “belum ada lagi doh”. Produced by I-SKY, witness four out of 20 of these boys spitting their rhymes – Senna, Ninjaboi, Eylsoul & Nvka.

When asked about the story behind this track, Eylsoul told JUICE that they usually have fans asking them questions like “When is the next project?” and they realised that they constantly reply with “belum ada lagi doh”. They decided to take that phrase and turn it into a hook. With demanding lyrics from all four rapper, file it under deep-trap beats.

Directed by Takeem, the music video is beautifully shot on top of a hill with video-glitch effects seen throughout. Another thing that caught our attention is the oft-amusing subtitles that translates into two languages (Malay & English) as the song itself is bilingual.

Chillout to the video down below:

To get you familiar, here’s a bit of background on the Krazies…

KRZ is founded by Ameyy Afiq and Eylsoul, the 20 members of KRZ are from different parts of Malaysia, yet they mesh together in some way or another seamlessly to create banging music.

The boys, ranging from 18 to 29, are not just rappers though. They consist of producers, emcees, DJs, and a videographer. Songs like ‘Ada Awek’ and ‘Kamu Chantek (Remix)’ have been played consistently throughout hip hop bars here in KL.

This track will be included in their upcoming album Unholy Tape: Part 1 which will be out hopefully on 4 May ’18.

LISTEN: Krayziesoundz Are Scaring Us with Some Good Music

KRZ are showing off their inner demons through hip hop.