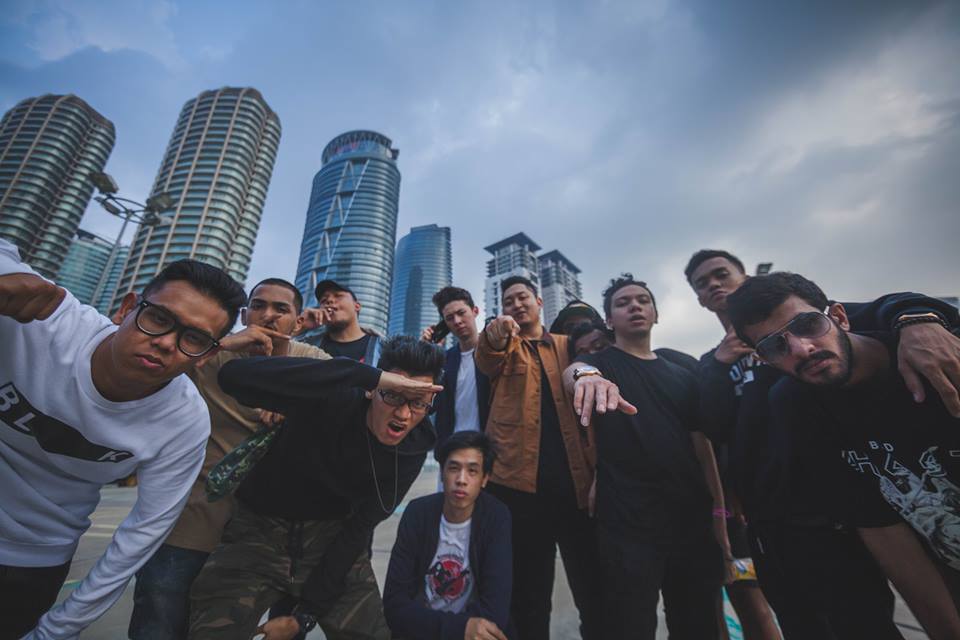 Independent Malaysian rap collective Krayziesoundz (KRZ) wasn’t playing in the entirety of October. In the past month, these boys have released three new tracks. You might heard of ‘em since they have quite a fan base here in KL, but if you haven’t, here are some things you need to know about KRZ before we dive into their recent tracks.

Founded by Ameyy Afiq and Eylsoul, the 20 members of KRZ are from different parts of Malaysia, yet they mesh together in some way or another seamlessly to create banging music. The boys, ranging from 18 to 29, are not just rappers though. They consist of producers, emcees, DJs, and a videographer. Songs like ‘Ada Awek’ and ‘Kamu Chantek (Remix)’ have been played consistently throughout hip hop bars here in KL.

Since it was the month of spooky things, they brought out their inner demons and showed us a side we had never seen before.

Last night, these boys came through with a track called ‘BGYMAN’ in celebration of Halloween. In that track alone, four of their representatives – Danye, Ninjaboi, Eylsoul & NVKA – rapped through a creepy yet hyped up beat that was produced by Judgeman, Ameyy, and I-Sky. Easy to vibe with, we see this track being played at any Halloween party that just wants to get turnt the fuck up. This track will be included in their upcoming album Unholy Tape, which will be out hopefully in January ‘18.

Before this song, another track was released on Friday the 13th. Keeping up with the spooky theme, ‘Lost House’ is a track that represents the Ipoh, Perak side of KRZ. The boys featured on ‘Lost House’ are Shap, Yung Zrxl, Eylsoul, Danye, Tekek, Emcshaz, and Shaun B. They created the song in one day while they were just casually hanging out. With a catchy hook, they spat out different flairs of flows that make one another super distinct, effectively welcoming us to their lost house and showing us how they keep their shit together – Perak style.

Alright, enough with all the creepy tracks. This last one is the complete opposite. Also a KRZ boy, Jayskitz collaborates with Klash from The Bat Cave on the song ‘Places’. Its music video was also released in early October. The easy-going, wavy beats just make it perfect for a chill day. And just like those chill days when you’re lying down and fantasising about life, the track contemplates about travelling the world and not being stuck in one place. Oh, how we wish life could be like.