You would think something as simple as this would be easily achievable but on Twitterjaya last week, some netizens insisted that it’s okay to use the names of Orang Asli tribes like Jakun and Sakai as fun-slurs for when someone who acts “over-excited” when stumbling onto new-modern things.

This whole conversation started when a Twitter user posted a now-deleted-video of their friend getting excited over a vending machine that accepts Touch’N’Go as payment and referred to his amazement as acting “Jakun”.

This tweet blew up and some argued that Jakun actually meant something other than the aboriginal tribe’s name. It did for a while – well, according to this old edition of Malaysia’s common dictionary Dewan Bahasa Pusaka.

Skip to 2016, a study from The National University of Malaysia concluded that the term “Jakun” is considered an offensive derogatory term for the tribe and shouldn’t be used for anything besides its original meaning of being a name of an ethnic group. As for the DBP, the other definitions of Jakun have already been taken out.

Long story short – benda senang je – stop using these words as an insult or “fun-slang”. Y’all sound like some white people insisting that the N-word is not racist – so, let’s not stoop that low, Malaysians. We have the ability to acknowledge, learn and grow, let’s do that.

In all seriousness, it’s 2020 and we should have respect for Malaysia’s Orang Asli. There’s nothing wrong with having empathy because a simple Google search will show that they have been victims of racism and neglect from the colonial era to post-independence. It’s time we change that.

This Boot Camp is for the Youth Who Want to Start a Revolution.. Here’s How You Can Join 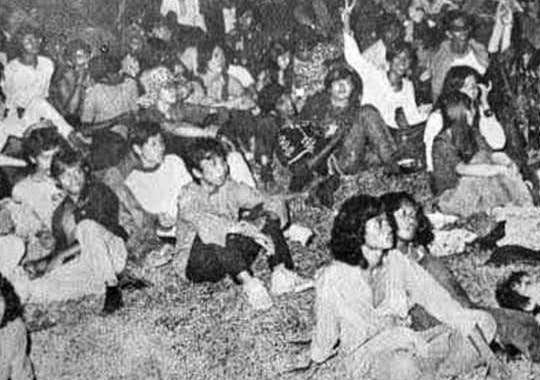