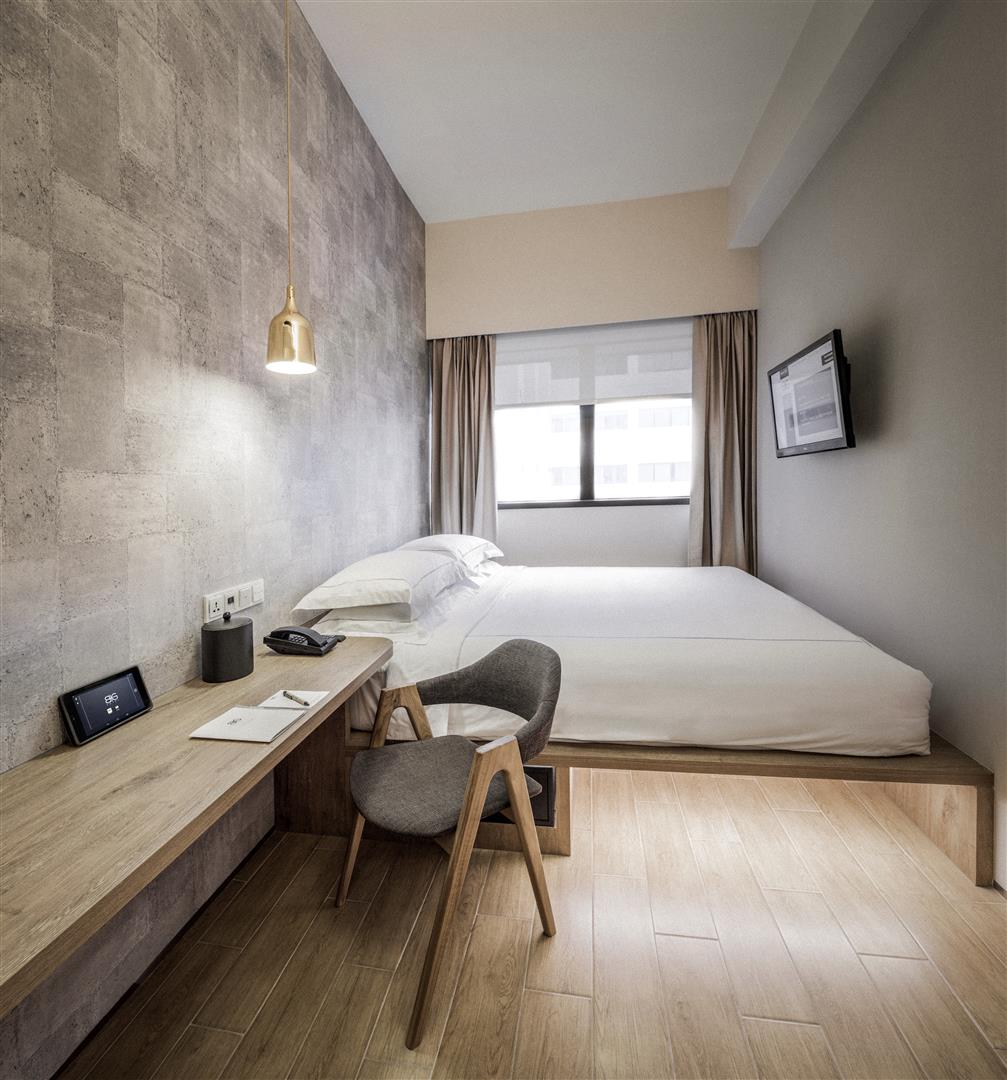 Macro Bed & Breakfast
The Scandinavians, when not seeming like a disgraced angel toying with fragile human psyche (here’s looking at you Mads Mikkelsen), have a penchant for designing everything with almost preternatural practicality. The soulless Ikea might give you an idea of what we are talking about, but minimalism does have its charm when not mass produced. Translate that sensibility to the design of a hotel and what you get is an aesthetically pleasing, instantly Instragramable place of momentary respite. Singapore’s Big Hotel might have a name that suggests grandeur, but in reality, their aspiration is a lot warmer and personal. As it turns out, all you need to do to extricate modern hotels from its increasingly impersonal nature is to simplify the concept – turn it into a hipster bed and breakfast.

To wit, we were given the Deluxe Room, which was the very definition of Scandinavia’s Spartan aesthetic and the opposite of the hotel’s namesake (the irony is on purpose, probably). Put together with the idea of having everything you need within arm’s length, sometimes plus a few steps, the rustic room is approximately 10 steps in width from door to end, and 3, 4 steps from wall to wall. It is small, but the size is masterfully measured to streamline the hotel room: the Double Bed sits at the end with the HD telly hanging in front of it, perfectly within view; the work desk is just besides it, equipped with universal power points and a handy tablet capable of controlling the lighting system plus the TV; and the sink and toiletries are separated from the toilet and shower. More importantly, there’s no minibar. The justification for that is easy: Who the hell uses the minibar when you can get everything inside for cheap at the convenience store?

Despite the size, the room was easily the most comfortable we’ve ever been in a hotel. It helped that the interior – exposed cement walls and unfinished wood – had a sort of warmth that’s missing from other hotel rooms. There’s no pretension of class here, only industrial cool. Beyond the room, Big Hotel offers the usual hotel amenities similarly streamlined to their Scandinavian concept. The lower ground at the concierge, instead of a waiting area, the hotel opted for what looked like the living room of a Scandinavian entrepreneur. It’s reminiscent of the social space at bed and breakfasts. And the restaurant itself had the simplicity of Ikea’s food court, with long tables that encourage socialisation among guests.

On the mezzanine floor is Big Hotel’s wine bar, which was where we encountered one Archy Marshall (you might know him as King Krule), but we digress, like the rest of the hotel, it’s designed to welcome guests to socialise. The expected pool table, dart boards, exposed seating areas, and more are all there. Better though, is the wine dispenser machine. You don’t need to worry about forking out half your budget for a bottle, all you need is to buy tokens from the bar and then it’s all by the glasses, self-service to boot.

While they aren’t actually big in the literal sense, Big Hotel is indubitably big on innovation. Like a lot of venue types that have taken the rustic, minimalistic approach,  we wager boutique hotels such as theirs will trend, and that’s one progress we’d like to see happen.

Big Hotel room rates on Agoda.com start from RM360 for a superior room to over RM670 for the Bigstar suite. Prices are updated frequently depending on availability, especially for early and late bookings.