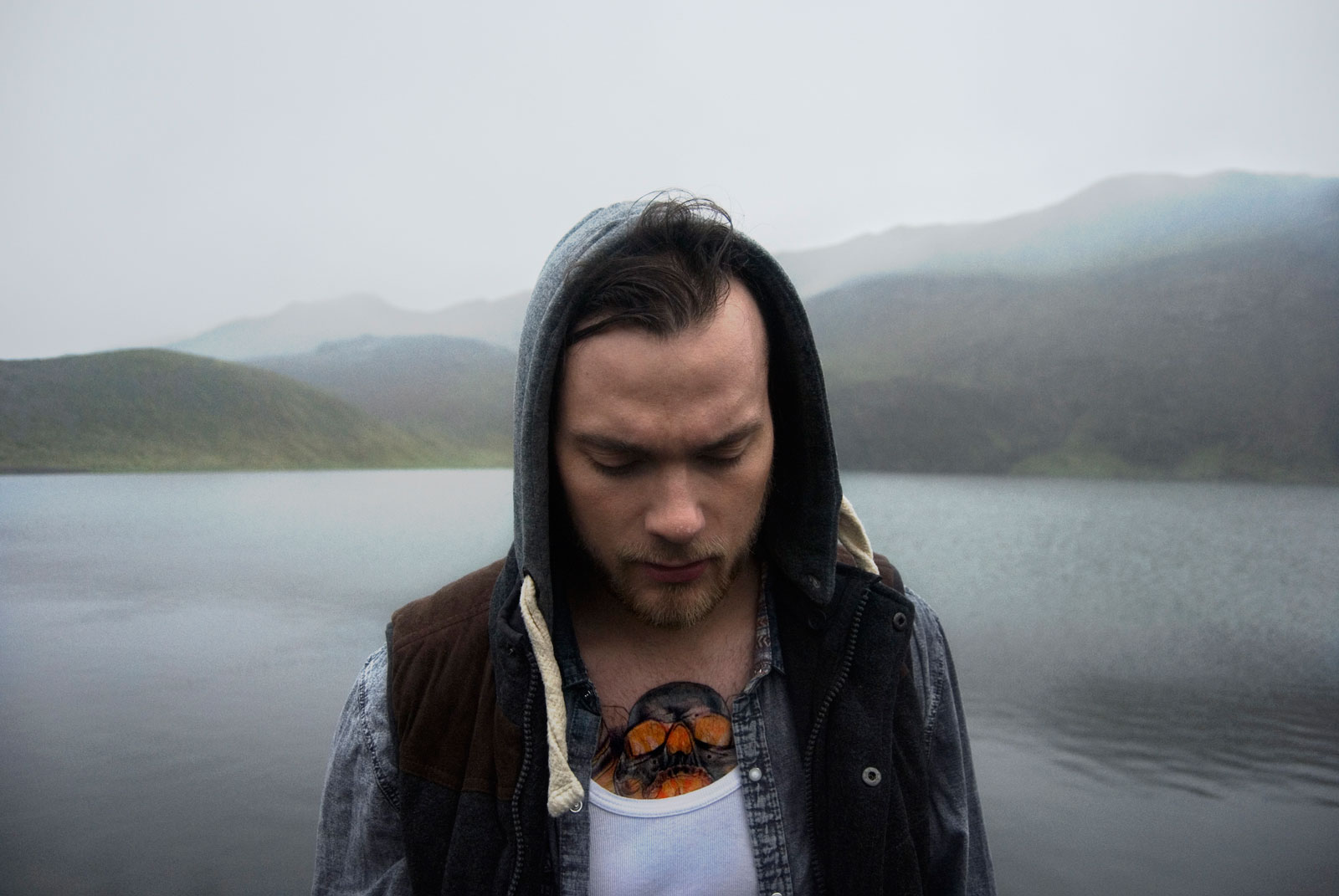 There’s something to Iceland’s output of internationally renowned music acts, an ineffable quality that sets them apart from the rest, a sound whose only constant is exactly that – their distinctiveness. Ásgeir Trausti, now only going by his first name, is another addition to that Icelandic canon that includes anything from the high art glossolalia of Jónsi’s Hopelandic, Björk’s experimental neuroses, to Of Monsters and Men’s poppy festival-friendly folk. The release of debut album Dýrð í dauðaþögn quickly includes Ásgeir’s post James Blake blend of acoustic and electronic to that venerable list of musical quirks, with good reasons. The Icelandic album wasn’t just a novelty in that it was folktronica, its poetry (the album’s lyrics were written by his 72-year-old father) as sung by Ásgeir is elegiac, like the cold, glacial landscape of the isolated island incarnate. Intent on spreading the words of his father farther, minor music hero John Grant (The Czars) aided him in translating the whole LP into his first English album, In the Silence, a worldwide release. With his first Asian show happening this month at Hostess Club Weekender in Singapore, Ásgeir’s destined to be Iceland’s next big export. But before that, JUICE had a word with him on made-up languages, father-son bonding, Death Grips, and more.

There’s finally a physical release of In the Silence after months of its digital release. Excited?
[The original Icelandic album] has been released in Iceland, Denmark, and the Netherlands, so we’re really excited about it going to the rest of Europe, Asia, and the world.

Why did it take so long for the physical release to be out?
It’s just a matter of having groundwork done before the release – we haven’t played in Asia ever, we have to get noticed first on some level before we release something. I guess the idea is to play at places you are gonna release the album before the actual release.

Makes sense, you need the hype first. You’re playing in Singapore this month, and flying to Japan after. Being a musician from a small town in Iceland, does being transplanted to all these major cities get overwhelming?
Of course! When I was 16 I moved to the capital of Iceland, Reykjavik, and for the first 2 years it was really overwhelming for me, to the point that I had to go back to my hometown just to stay over the weekend. We started touring a lot this year, and it felt the same going to New York, London, and all the really, really big cities. But it also made me see Iceland in a different way – now I think of Reykjavik as a small city and a really comfortable, easy place to live in. Although it didn’t take that long to feel relaxed in the bigger cities mentioned. I’m getting the hand of it now – we must have been to London 7 times already.

“I originally wrote most of the lyrics in sort of an English way, but actually they were written in a nonsense language.”

Some Icelandic bands don’t even need to sing in English to gain popularity outside Europe – hell, Sigur Rós sings in a made-up language. Why did you choose to rerecord your debut album in English instead of releasing it as it was?
When we were recording the Icelandic album in around March 2012, I originally wrote most of the lyrics in sort of an English way, but actually they were written in a nonsense language. Kind of like Sigur Rós’ idea, though it sounded more like English, and people who listened to it did think it was English – it was just nonsense, really (laughs). When I got to the studio for the first time, I was talking to my producer and we spoke about wanting to release an album in Iceland. We had an idea to try to write at least one song in Icelandic, the first person that came to mind to write the lyrics was my father, whom in the end wrote most of the lyrics on the album. Since the songs were written in an ‘English way’ originally, after we made the decision to make an Icelandic album, we wanted to do an English version of the album if we had the time – and coincidentally right after the Icelandic release we had a lot of offers from international labels. Naturally we went ahead with that idea and translated the album [into English].

It’s interesting that you chose your father as the album’s official lyricist. What was the reason behind that?
Like I said, originally the lyrics that I wrote on my own were some made-up language, and [my father’s] a poet from Iceland (laughs). He has released poetry books and written a lot of lyrics for other Icelandic bands that were popular. I really trust him and it worked out really well the first time he wrote something for me and we just kept on with the process I guess.

“I like this collaboration I have with my father – this is his passion. It’s just nice to have family working together.”

Do you see yourself writing your own lyrics in the future though?
I want to but right now I’m willing to just make music. Also, I like this collaboration I have with my father – this is his passion. It’s just nice to have family working together. I’m not thinking about it too much, we have a lot of things going on, but of course I see myself [writing lyrics] in the future.

In the Silence is a direct translation of the whole of Dýrð í dauðaþögn, does it still retain the nuances of the Icelandic language though?
Of course. I don’t know if I can give you examples but there are some expressions that are really difficult to translate directly. In some places we had to find ways around it or just rephrase it, but overall I’d say it’s a direct translation.

We wager In the Silence was conceived to attract a bigger audience, but how did Icelanders and others who bought the original album react to it?
(Laughs) To get to a bigger market wasn’t the main thought, it’s just something that I wanted to do. It’s only now that we’re seeing if [singing in English] helps, and it’s doing quite well I guess. When the people of Iceland heard the news that I was going to sing in English, they had different opinions on it, but I don’t really know why. The Icelandic album will always be here for sale, and when we are in Iceland we’d play songs in Icelandic – it doesn’t really make any difference. [In the Silence] is a record we made and something we want to do, it doesn’t change anything. If people don’t want to listen to the English version, they don’t have to.

Have you decided which language you’d be sticking with in the future?
We are releasing the English album worldwide, so we are gonna have to sing in English a lot in the next few months. But for the next album, I can’t really say. We haven’t been recording that much, we’ve mostly been touring this year and doing other stuff. When it comes to the next album, I just want to take my time.

There was an interview where you mentioned that you were getting into Californian hip hop. How diverse are your influences?
You’re talking about Death Grips. I can pretty much listen to anything. I don’t know which interview that was (laughs), but it probably didn’t mean anything, I was just talking about a band that I was listening to at the time. I really love Death Grips, they really influenced Kanye West’s Yeezus. I wouldn’t say they’re influential to me or anything, I like to listen to music that just gives you something fresh and new to think about.

Speaking of something fresh, you make folk music that has some electronica influences, would you say that’s a relatively new thing to combine electronics with acoustic genres?
I would say so. Most of the songs on my album were written on just acoustic guitar and piano, what happened with the [finished album] – which is 50/50 electronic and folk-acoustic – is that I was going into a real studio for the first time and they had all the synthesisers and other electronic elements that I never tried and experienced before. I was just eager to try using those instruments in some way, so I was experimenting with instruments I never tried before and making electronic drum beats, something that I wasn’t used to doing. It was something that just happened from being in the studio and trying new things.

“If you are making music for yourself, you’re not thinking about other people’s opinion.”

You mentioned before that the people of Iceland make music for themselves, that’s interesting because the country has produced a lot of acts that have gone international, you included. How do you go about making music for your own satisfaction and still get the masses interested?
If you are making music for yourself, you’re not thinking about other people’s opinion. That’s what making music from Iceland – like Sigur Rós and Björk – unique, something people haven’t really heard before and they always associate it with an ‘Icelandic vibe’ or some such. That could be just living in the same surroundings and on an isolated island, probably something that [us Icelandic artistes] have in common, some connection. I don’t know though, I try not to think about it. I never wanted to be popular, it was already a huge victory for me to step into a real studio – that was good enough for me – then we got 1 radio play here and I couldn’t believe it. I never had any belief in anything. I was just doing it for myself and I had fun.