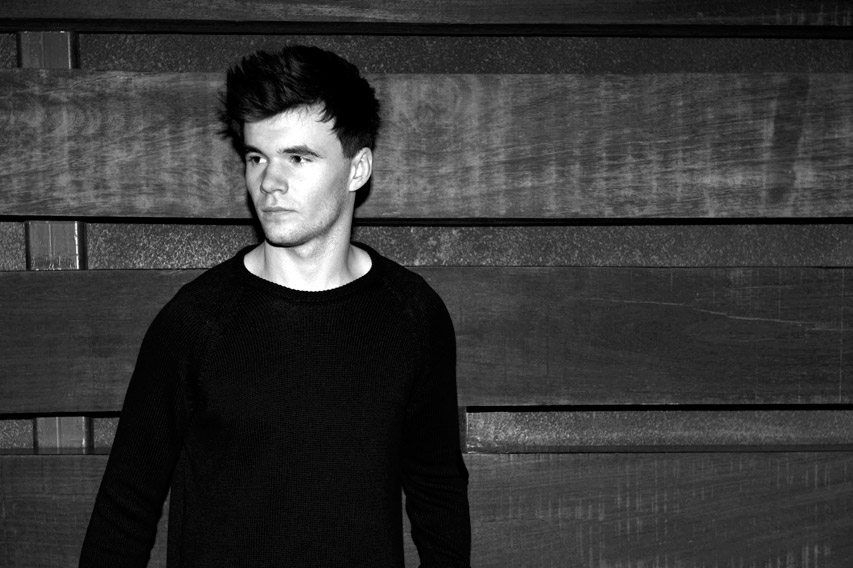 Though he just signed to Black Butter Records in June, producer Alex Adair has already made a name for himself with his slew of remixes that have garnered millions of plays on his SoundCloud page. His original singles – ‘Make Me Feel Better’ and ‘Heaven’ – are faring quite well too, as they are the perfect tracks to induce anyone into a haze of piña coladas, sunscreen, and half-naked bodies baked to golden perfection. JUICE spoke to Alex over the phone to talk about his inclination towards strong vocals when making a new track, and his thoughts on the latest branch in dance music – tropical house.

You just signed to Black Butter Records in June of this year. What has changed since you got signed to a great label like that?
Well, obviously I have more opportunities to [promote] my songs; we’ve been able to put out my new single, so that’s kind of like my biggest thing. But I have always kind of been in and around the label anyway, hence why I signed there. So yeah, it’s just moving forward.

We know you see yourself as a producer first and foremost, but do you enjoy Djing at all since now you have to play at lots of parties and festivals?
Yeah, I definitely enjoy DJing. It’s definitely something new to me, I’ve only just started this year – my first gig was in March. I really enjoy it, really getting into it. The gigs are getting bigger and better, so yeah, really enjoying it.

Have you picked up any moves to keep the crowd going?
(Laughs) I don’t think about that, no. I don’t even know what I’m doing when I’m DJing. I haven’t really thought about that, but the gigs are going well, so I’m not doing anything wrong.

Looking at the remixes that you’ve done, a lot of them feature strong vocals, such as Ed Sheeran, Jessie Ware, Ella Henderson, and you even used a Marvin Gaye sample for ‘Make Me Feel Better’. So, do you have an affinity for strong vocals when you are producing a track?
Yeah, I think – with regards with the remixes – the vocals are from artistes that have been regarded to being strong [vocally] and [with] something that stands out. And with regards to the original tracks —‘Make Me Feel Better’ and ‘Heaven’ — yeah, they are both Motown vocal samples, and there is just something different about those kinds of voice that really stood out to me. It’s definitely a big thing that I look at.

Have you thought of how your career would have been if you didn’t do all those popular remixes?
I think the remixes have definitely helped out a lot, like the Jessie Ware one did really well, and the Ed Sheeran remix obviously got me a fair amount of exposure because… it’s Ed Sheeran (laughs).

The tracks that you’ve released ‘Make Me Feel Better’ and ‘Heaven’ sound like the perfect summer holiday soundtrack. Being from the UK, what drew you to that tropical sound?
I don’t know, it’s definitely not something from the weather here, obviously (laughs). That’s not an influence at all. But tracks from Duke Dumont, you know, like ‘I Got U’, I think when I heard that it was a massive summer-y song that had a vibe that I really liked. So yeah, that kind of inspired me to write songs that are summer-y – and feel good songs are just fun to listen to.

Do you pine for the sand and the warm weather and such or are you happy by the countryside?
I am a big fan of the UK countryside, but obviously, I have to say that I’d much rather be on a beach somewhere.

What do you personally think of the genre, tropical house, which people have pegged you in?
Well, it’s still very new, I’m still not 100% sure how to classify tropical house. But I think if you look at it as a feel good kind of music, then yeah, I kind of fit into that. And I enjoy listening to those records as well, I’m a big fan of Kygo. On the other side of it, people take things on and making that tropical house as well, so it’s kind of a varied range of what people put in that genre. I really enjoy listening to it.

Do you think it’s fair or accurate to define your sound so early on in your career?
I think if you look at my remixes as well, I would say that they have a little bit of differences to them, I wouldn’t just out and out call it just tropical house or anything like that. I enjoy making singles at the moment that sounds not the same throughout. I don’t mind being associated with tropical house; it’s accurate to a certain degree, but yeah, I’m definitely producing a lot of different things.

Alex Adair played on the prestigious Royal Caribbean International’s ‘Mariner Of The Seas’ for It’s the Ship 2015, happening last Friday 20 to Monday 23 November ’15.