But the worm’s good fortune might just be humanity’s four-leaf clover.

At least in the context of reducing waste materials that is. More specifically, plastic. Most of us are already aware that plastic is one of the Earth’s most harmful materials as a quick Google search would reveal that plastic items dumped in landfills take about 1000 years to decompose while plastic bags take about 10 to 20 years and plastic bottles on the other hand take around 450 years. Yikes. 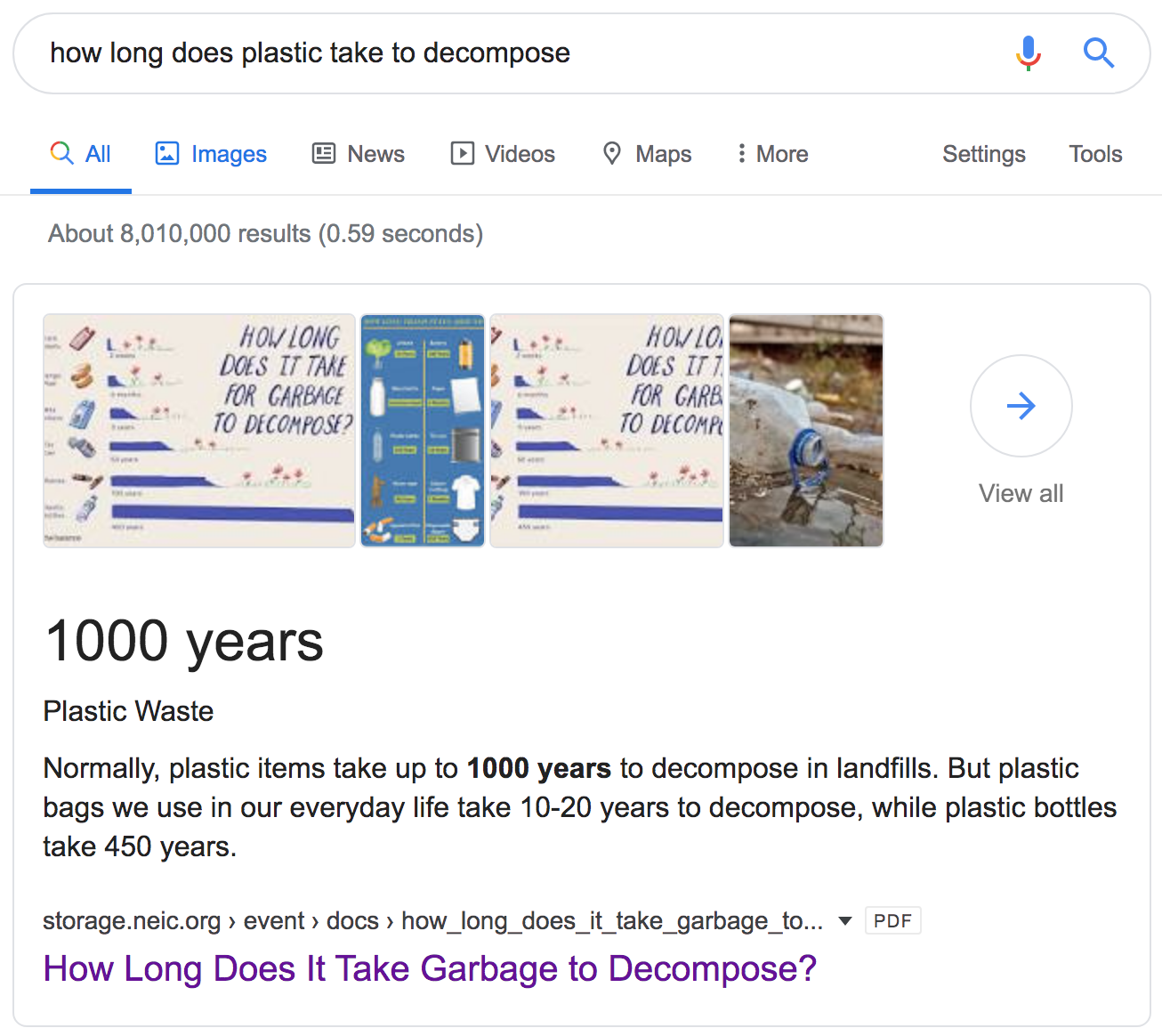 Thankfully for the entire world, researchers at the Brandon University (BU) of Canada might have found a solution to curb the environmentally hazardous problem of ever-piling plastic waste: Wax-worms.

In a study posted on Royal City Publishing’s website, Dr. Christophe LeMoine and Dr. Bryan Cassone of BU’s Department of Biology shared their discovery of the wax-worm’s remarkable ability to survive on a diet of polyethylene which is a plastic typically used in the production of shopping bags.

Within the wax-worms were a species of intestinal bacteria which the research team isolated (with help from BU students Harald Grove, Oluwadara Elebute and Sachi Villanueva) then discovered its capability to live over a year with plastic being its only source of nutrients.

The aforementioned bacteria is what helps with the biodegradation of polyethylene. Individually, both bacteria and wax-worm alike are able to break down this plastic but do so more effectively when they work together. Once broken down, a type of alcohol called glycol is produced. However, it’s still uncertain whether glycol has any particular use at the moment. (No boozin’ on glycol just yet folks)

For now, the researchers are trying to gain a better understanding of this synergistic relationship between the bacteria and wax-worms which could potentially assist in developing better systems for plastic biodegradation. By doing so, the team aims to find out what conditions would allow the bacteria to flourish which in turn will boost its potential to degrade plastic.

Dr. Cassone who is pictured on the far left in the photo above explained on Brandon University’s official website how “Worms that eat our plastic waste and turn it into alcohol sounds too good to be true. And in a way it is,” while also stressing the importance behind this research stating that “The problem of plastic pollution is too large to simply throw worms at.”

Dr. Bernadette Ardelli, Dean of Science at BU supported the team’s efforts by saying “This is very intriguing research that is showing promising results as we tackle a worldwide problem,”

As we let these brilliant minds figure out the next step in wax-worm utilisation, those of us from the general public should put in our best efforts to play a part in reducing plastic usage whether it be using paper and/or metal straws (shoutouts to turtles worldwide) in place of regular ones or simply carrying a tote bag when out shopping. I mean if we don’t try to save our planet, who else will?

You don’t need no straws to get some JUICE.

Hand Sanitizer Too Expensive? Make Your Own!