Sometimes in order to get things done, you gotta do it yourself, or as the old punk adage goes, “DIY or DIE!” In this case, 62-year old Rita Ebel, also known as ‘Lego Grandma’ is doing as much as she can to undo decades of poor urban planning that has made some spaces inaccessible to people with mobility challenges.

How does she do it? She spends her golden days building wheelchair ramps using Lego to improve the small town called Hanau in Germany, which she calls home. Yes, we know Hanau was the scene of a brutal shooting targeting minorities just a day or two ago… but sometimes, we have to focus on the good people instead of all the loony, right-wing extremists out there.

As reported by RTE, Rita has been in a wheelchair since her car accident 25 years ago.  She got inspired when her friend, who’s also in a wheelchair said she needed four people to help her get out of a shop.

When she found a medical journal with a photo of a lady going up a Lego ramp, Rita got straight to work. Now, she spends around two to three hours building the ramps with her husband, on top of having a part-time job.

“Nobody just walks past a Lego ramp without taking a look. Whether it’s children who try to get the bricks out or adults who take out their mobile phones to take pictures. And that’s exactly it,” said Rita.

“Simply to just try and raise people’s awareness a bit. To make them think: If I was in a wheelchair or was at the point where I needed a Zimmer frame, well then I would start having problems getting in certain places. And those are my personal reasons and motivation,” she said.

Rita’s project is a collaboration with the town’s integration initiative, ‘People of Hanau’. There are now over 12 sets of ramps and more being built for the town.

It would be cheaper to build the ramps out of plywood, considering Lego is pretty expensive. However, all the Lego are donated to Rita and the only cost is the glue, which holds the sturdy Lego ramps together.

The idea of using Lego is genius though. It means that anyone can do it, even kids. Then again, it should be a standard design for all spaces to have wheelchair ramps and accessibility. Til that day comes, Lego do it ourselves! 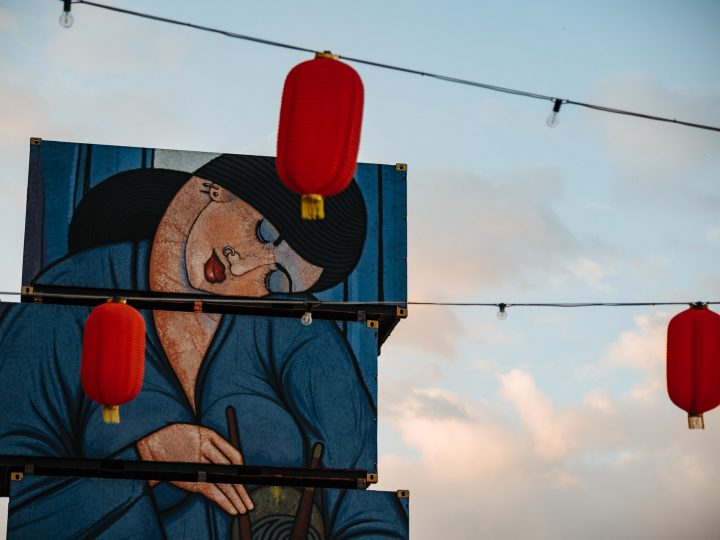 A Mother’s Tear-Jerking Reunion With Her Late Daughter

Grab some tissues for this one.