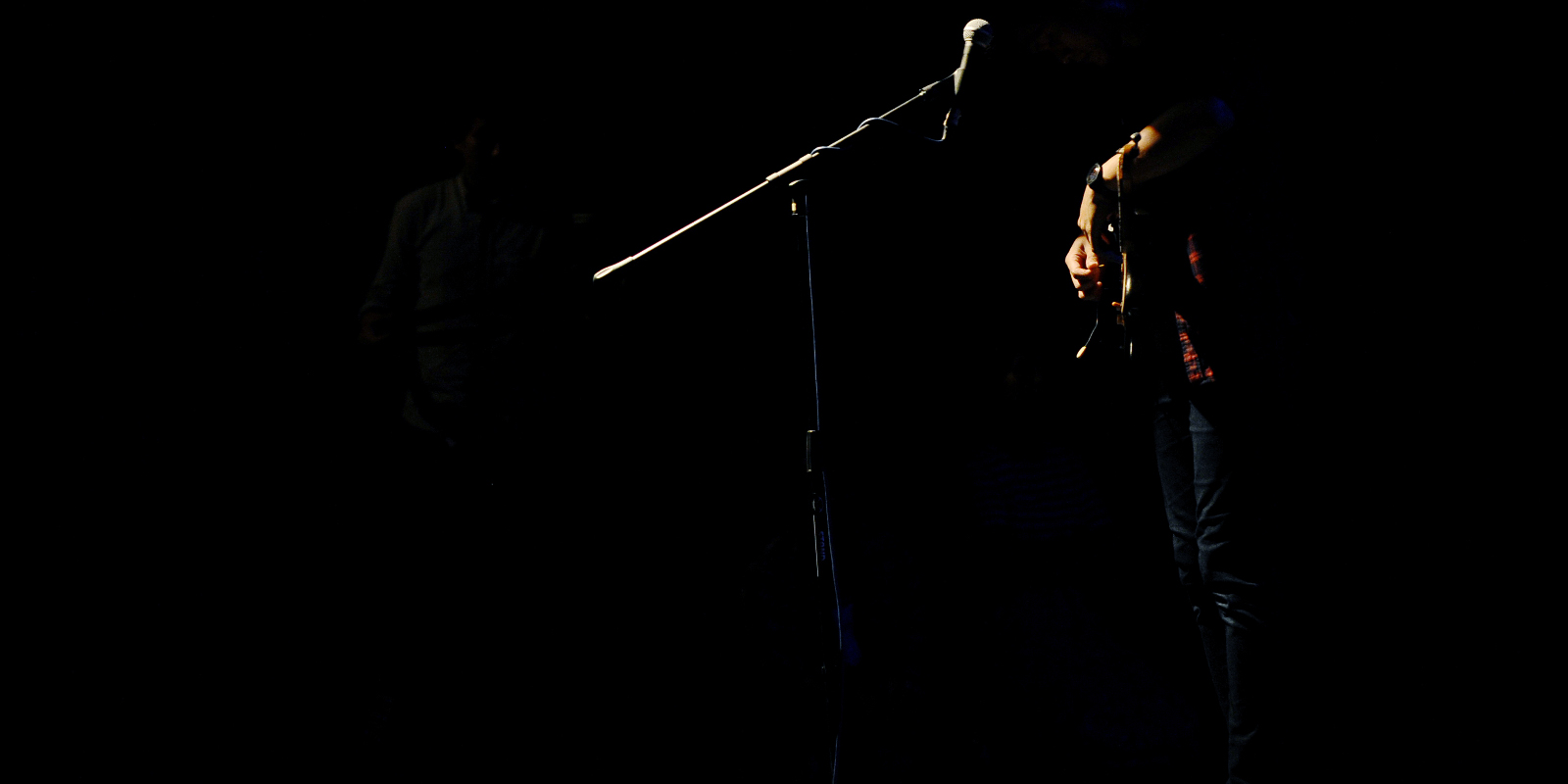 Currently, Zulhezan is known as the guitarist of popular math rock band Dirgahayu. But Zul’s musical career precedes his three-year-old band as he was a part of Akta Angkasa and his moonlighting as a film composer has been increasingly made clear to us ever since Dirgahayu went into hiatus a few months ago. JUICE learns more about the film composer side of Zul, from how he first ventured into the field to understanding his thoughts on writing music for different genres. Additionally, he shares his creative process of developing the scores he’d done for short films such as Taufiq Kamal’s Terbit 23 and Kisah Pelayaran Ke Terengganu by Amir Muhammad and Badrul Hisham Ismail.

Firstly, how did you get into film scoring?
Music for films has always been interesting to me since the get-go. It got me into scoring circa ‘06, as far as I can remember, it was right after we (Akta Angkasa) finished our set and wrapped up our gears. I’d been approached by this dude spontaneously who asked if the band was interested in doing a soundtrack for his upcoming film. I thought it was a joke at first, it turned out he (Azharr Rudin) was actually an indie filmmaker who loved our music and wanted us to be part of the project. Further discussions had been made, it was a yes and we worked on the scoring weeks later for his dark-romantic feature called Benda Aneh Bernama Cinta. I then personally worked with him again in ‘11 for a documentary feature he directed called Tukang Perahu Pulau Duyong. Things just got more enthralling ever since.

How much of an idea do you to have about a film for you to have enough material to create a soundtrack that’s suitable?
You can’t really tell until you are given the first cut to view and dream about. Being present at the shooting location could be a bonus understanding experience before getting into the post-production phase as you were there witnessing the entire production process. With the first cut, I’d watch a few times, jot down vital notes about the scenes I presume not to put any music on and vice versa – I need to plan what I would compose. The selection of what sort of tools or musical instruments I’d choose to meticulously score scenes is as important as the melody progression being written.

With Kisah Pelayaran Ke Terengganu (Voyage to Terengganu), how did you get involved with the film and how collaborative was the making of ‘Aubagn Gárn’ and ‘Terrapuri’ with the filmmakers?
When Amir Muhammad and Badrul Hisham Ismail approached me to work on the music for their documentary feature – I was overwhelmed with the prospect. From the ideas of ‘unsettling sounds’ they’re aiming for, ‘Terrapuri’ was produced and instantaneously glued for its debut trailer. The making of ‘Terrapuri’ was pretty much one hell of an effort, e.g. from running full oscillations on Jupiter-8 synth to viola tracked in a tight darkroom to overused fuzz pedals to crash on Game Boy bits – something I’m pushing myself beyond conformity. As for ‘Aubagn Gárn’, it’s a luxury of freedom I could engage in, so I composed and epoxied exquisitely onto one of the prominent scenes in the film.

In terms of composing for films, is there any composer or artiste who inspires you?
I have so much respect for space or ambient artistes. For instance, just take a look at Brian Eno’s perceptible work and Sofia Coppola’s The Virgin Suicides as scored by Air, that was exceptional. If I had to choose the best film composer of all time, it would be no other than Bernard Herrmann.

Would you say writing a score is easier since you have visual and emotional stimuli from the watching the film?
Pretty much, yeah. With music, you build it up to complement the visuals superlatively. Writing music for the band, in my case it’s Dirgahayu, on the other hand, it’s practically the contrary. It’s somehow a diegesis of what you’re trying to convey from a wide roll-up blank canvas where you need to commence from your very own ground of imagination.

For Terbit 23, director Taufiq Kamal told us in an interview that he told you about the direction and the emotions he wanted to conjure in the film. With that, how did you eventually come up with ‘Terbit’?
Working with Taufiq was a pleasure. Having sat down to discuss on the direction he’d like to express, the next thing, I made a couple of tracks using an analogue Roland Jupiter-4 and an upright piano as a demo prior to the production beginning. He came to me and said he really liked the soul-stirring falsetto phrase, advising me to work as soon as possible to finish the song. While filming, especially during the mirror and mannequin scene, it had been used over and over again as playback to set off the mood and tone. Apparently, the team agreed to use it as the short’s theme song and simply put it as ‘Terbit’.

“… I’m not going anywhere beyond my stomping ground,
or drowning into mainstream pop materials per se.”

The tone and style of music you do for the films are definitely different from the guitar-driven music you’re known for. Is that to suit the film or is it a musical direction you want to consciously explore in the film projects you’re attached to?
True, I can’t [get away with] incorporating too much guitar licks and technical insanity because film scores are meant to be soul comforting and get the audience to undergo a musical journey. Nevertheless, I significantly accommodate a certain extent of interconnection between both worlds, hence I’m not going anywhere beyond my stomping ground, or drowning into mainstream pop materials per se.

Looking through your work on SoundCloud, you seem to have a rich and varied musical background. You were in Akta Angkasa and then you briefly had an electronic solo project, you have your math rock band Dirgahayu, and currently you’re working on film compositions again. With you venturing into so many musical paths, were you trying to find your footing in music or were you simply brimming with interest to play music, no matter the genre?
That’s what it appears to be when you’re aging in the music scene for quite some time and you just want to try out anything if possible (laughs). [It’s been] over two decades since I first picked up musical instruments, throughout those years with numerous bands I played prior [to Dirgahayu] shaped me on how to be better in songwriting, performing, music management, and social interaction with fellow musicians. Every now and then, it’s still a persistent learning process, so it won’t stop.

Does the creative process of writing math rock and writing film scores differ a lot?
I would say so, plus you have extra band members to write materials with, hence it involves more brains to get the job done.

Other than composing for films, what have you been up to since Dirgahayu went into hiatus?
I’m a visual designer by profession so every day [I have a mind full of] creative endeavours. Other than work and producing my own music, nothing much.