We know, Malaysia’s economy is currently looking more like a lazy house cat than an Asian Tiger. But that doesn’t mean you have to scrap all your travel plans for the year, well okay, maybe just the ones to Europe…

There are plenty of places right here in South East Asia that are relatively undiscovered and cheap to travel to. Why not be the first among your peers to venture to these places before they turn into the next Bali?

Okay, we kinda lied in the intro. Sihanoukville has come under heavy criticism lately due to China’s intrusive development of casinos on the once pristine island. Still, not all of the seaside town’s beaches are danky, and there’s a lot to discover once you move pass the main town area.

Head over to Koh Rong Samloem to soak in the crystal clear waters and white sandy beaches, and spend the day snorkelling or scuba-diving in the waters around this national park–don’t forget to witness the bioluminescent plankton at night. You can also opt to check out Kbal Chhay Waterfall, Ream National Park or just chill on Otres Beach with the many bars found along the beach and watch the beautiful sunset.

Another hip (or should we say, hippie) spot nearby is the quaint riverside town of Kampot. Apparently, there’s a strong sustainable-living movement going on here, spearheaded by locals and foreign digital nomads alike.

So you’ve done tubing in Vang Vieng during its heydays (again, before the casinos and karaoke lounges opened up), and you’ve explored the whole of Luang Prabang to see if UNESCO got it right when they said it could rival Angkor Wat (it doesn’t). What else has landlocked Laos have to offer besides its jungle parties and sticky rice?

Missed by most travellers, Vientiane has beautiful French-influenced architecture, Buddhist temples aplenty and really is a super-chilled out city unlike many capital cities. The capital & largest city of Laos, a visit to Vientiane will not be complete without a photo opportunity at Patuxai, which closely resembles the Arc de Tiomphe. Climb to the top for a view of the city! Then visit Pha That Luang – the golden stupa, Tad Moun waterfall and stroll along the bank of the Mekong River to catch the magnificent sunset. Thereafter, head to the Riverside Night Bazaar for retail therapy before you end the night with some Lao Lao cocktails (or something less dodgy) at some of bars in the city.

Usually the starting point for travellers traversing Laos, many often skip the city, staying only for a night. Try to soak in at least 2 to 3 days here to prep yourself (and your stomach) for the rest of the rugged adventure.

One of the most popular destinations for budget travellers and divers, the crowning jewel of Sumatera, Banda Aceh is home to beautiful beaches, volcanic islands, and deeply rooted local cultures. A must see attractions is Pulau Weh, a pristine island 2 hours off the coast of Banda Aceh. Explore the island’s various white sandy beaches, diving spots with beautiful coral reefs, surf beaches and vast nature parks amidst the quiet serene atmosphere on the island. When in Banda Aceh, do make time to explore the various landmarks in the city such as the Baiturrahim Mosque, Gunongan Historical Park and Museum Aceh. Foodies should check out Sie Kameng (Gulai Kambing), which is mutton curry with a local twist, spiced with star anise and terumai leaves.

Surf’s up, dudes and dudettes!

Fronting the majestic Indian Ocean, Padang is home to more than 1 million people, beautiful natural landscapes and famous local cuisines that has placed it on the map of the world. One of the hidden wonders of Padang is its clear sandy beaches with waves to match. Head on over to Air Manis beach, rent a surfboard and catch the waves.

The best times to visit are during April (hello!) and October where the weather is drier. Don’t forget to check out the various culinary wonders around the city. Head on over to Restoran Garuda in Jl. Sultan Iskandar Muda and indulge in the huge variety of dishes served in this traditional Nasi Padang restaurant. Watch how waiters in Padang are able to expertly carry over 10 plates filled with all kinds of delicacies on both arms while serving food (just don’t block their path trying to Instagram it!).

Located in the beautiful archipelago that is Nusa Tenggara Barat, Lombok is home to vast sandy beaches, stunning waterfalls and the ever impressive Mount Rinjani. If you are in Lombok, make your way to the Gili Islands, a collection of islands off the coast of Lombok. If you’re looking to relax, head over the quiet serene waters of Gili Air and Meno. If partying is your thing, head over to Gili Trawangan where you can find all sorts of treats. It’s sad to see the horses put to work by the locals but there aren’t any vehicles on the Gili Islands. We would suggest travelling light and taking a walk.

The local Sasak village showcases the cultural practices of the Sasak people who are native to Lombok. Check out the pearl farms that is available in the region and explore how the locals cultivate pearls to be made into handicraft items that is unique to Lombok. Foodies should check out ayam taliwang, a delicious local dish originating from Lombok that is made from grilled chicken burned over an open fire, paired with local herbs and spices from the region.

By travelling here, you would be contributing to the rebuilding of the islands after the recent earthquakes that shook the island, causing many casualties including Malaysian tourists. Of course, no one can tell when a natural disaster might happen, but c’est la vie…

How can we forget our own hidden gems here in Malaysia? Tawau is the third-largest city in Sabah which is rich with tropical forests, beautiful mountains and warm hot springs.

Explore Maliao Conservation Area which is famed for its distinct and diverse flora including the rare Rafflesia and the striking necklace orchid endemic to Borneo. It has also become a conservational hotspot for birds of over 290 species. You can also see the rarest mammals in Sabah, including Sumatran rhinoceros, clouded leopard, Malayan sun bear and proboscis monkey. Endangered Banteng and Borneo pygmy elephants are also refuged here.

Also, don’t forget to visit the homes of the mysterious Bajau Laut people in Tun Sankaran Marine Park. They are located above turquoise sea and groups of coral reefs, where you can feel yourself ultimately close to the ocean without getting wet.

As a bonus, if you make it to Sabah during the end of May (30th-31st), you’ll be able to experience Kaamatan!

Another hidden gem from East Malaysia, Miri has over a dozen of city parks and thriving ecotourism with 4 accessible national parks. When you are in Miri, visit the Grand Old Lady, the first inland oil drilling platform in Malaysia and Petroleum Museum, which offers a wealth of information on the oil and gas industry.

Venture to Niah National Park, the Great Cave which is the home of tens of thousands of bats and swiftlets – the park is also an archaeologically-significant destination for the cave paintings and the earliest modern human remains found in Southeast Asia. Also, enjoy your dive in Miri ocean with a variety of sea habitants and colourful ocean-floor gardens.

Last but not least, is an island that frequently appears on various travel listicles under Best Islands / Best Beaches.

Known as the Maldives of South East Asia, Palawan is a heaven for snorkelers and scuba divers with sunken WWII wreckages to explore, and whale sharks and other aqua life living and passing by the coasts of the island. Though it’s probably the most expensive destination on this list, the high price is justified by the crystal clear waters, and well-maintained beaches that are so rare in SEA.

One reader from Travel + Leisure even hailed it as the “single most beautiful place on Earth.” If that doesn’t convince you to book your ticket now, then maybe you’re a city-person and should be browsing travel listicles like this. 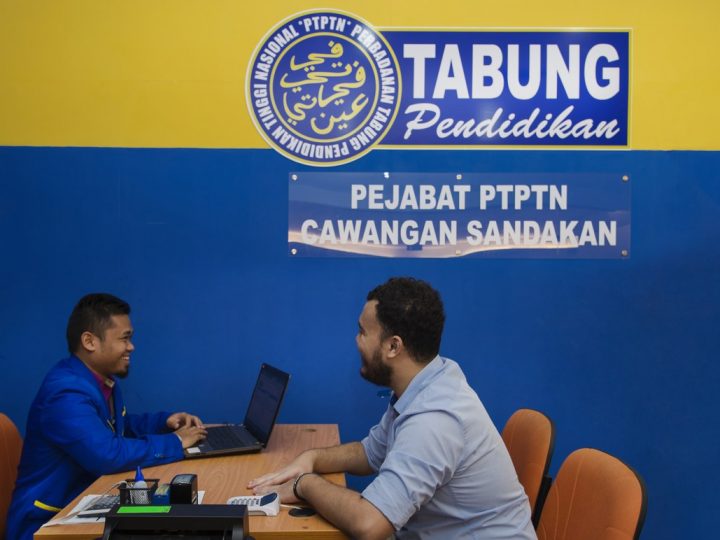 No More Travel Ban for PTPTN Loan Defaulters by Mid-June

You can even contact your nearest PTPTN counter to get your name removed immediately! OMG! Starbucks in Japan is so NOT like Starbucks Anywhere Else 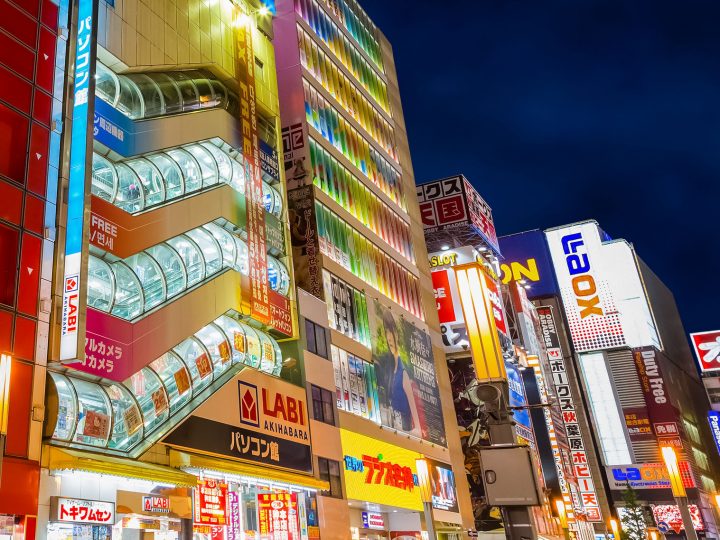 Forget Travelling Overseas This December… Malaysia’s Where It’s At! 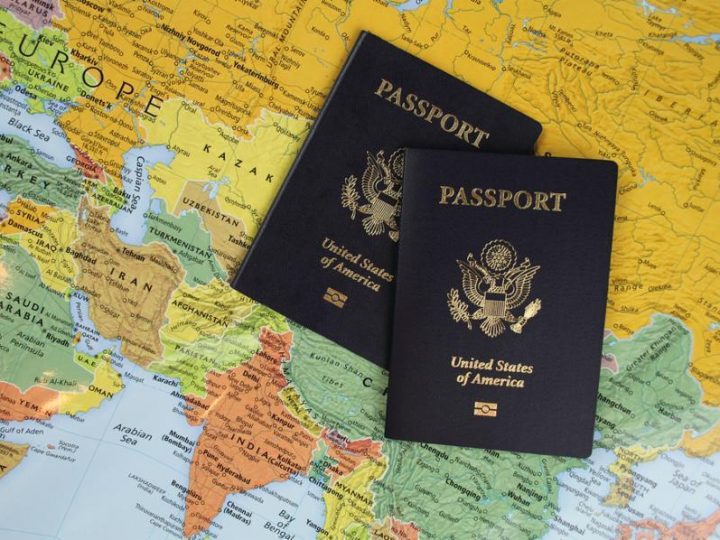 Top 5 Memorable Travel Experiences by Random Malaysians (and a Somalian)

That damn travel bug is bitting us again.