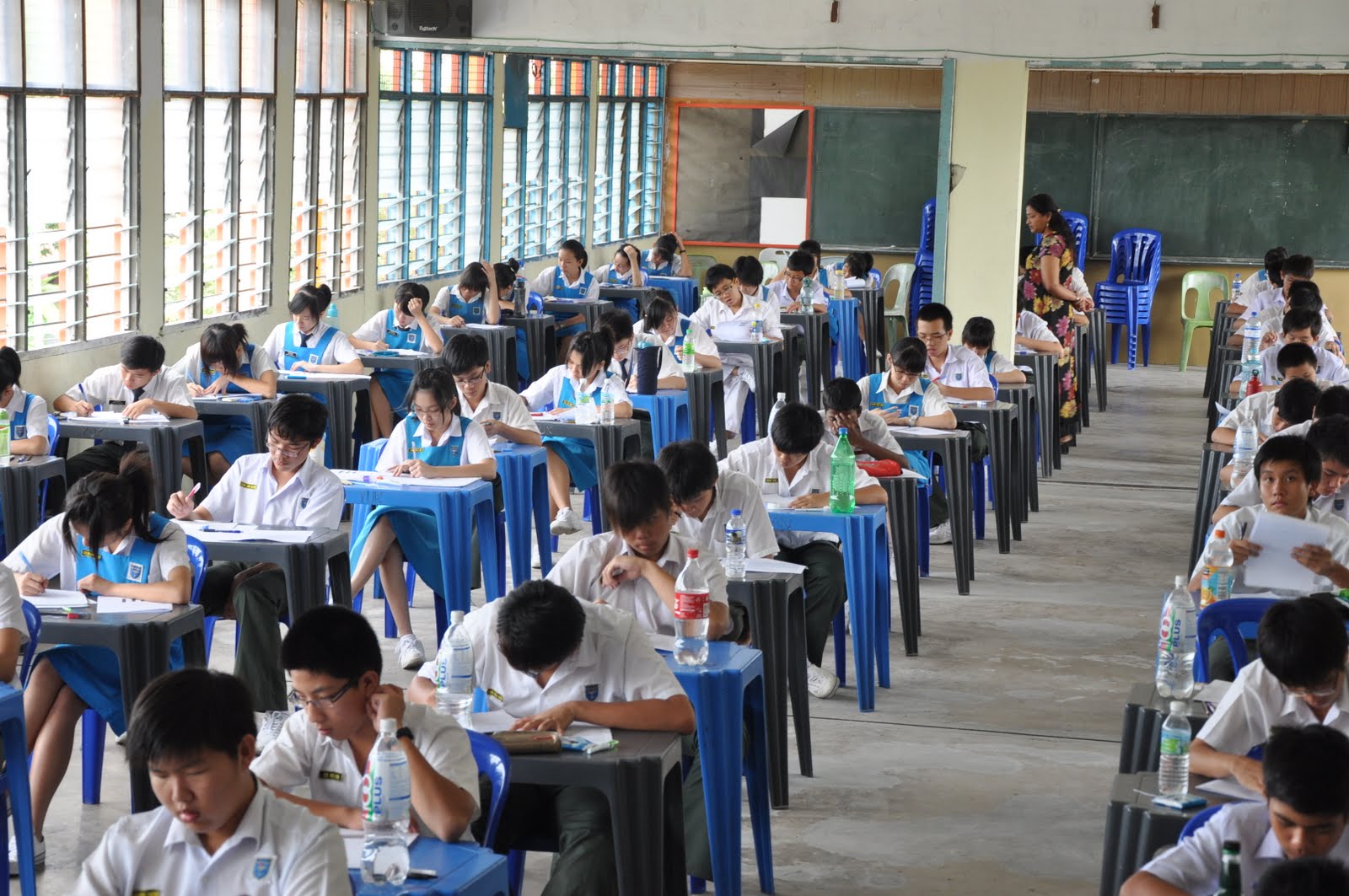 As someone who has left high-school for five years, school for me was basically a place to lepak and learn stuff. Obviously, the classroom is a place to gain new knowledge to prepare us for the “real” world although some classes are quite questionable, but that’s a whole other story.

Being stuck everyday for more than 7 hours for five whole years with the same sweaty students and the same teachers can be a bit overwhelming. Not to mention all the extra curricular activities that we are encouraged to be involved in, from Form 1 to Form 5, your whole life revolves around your school. It could be the best/worst days of our lives.

While schools are entrusted to guide our future generations to achieve greater things, many Malaysians young and old alike, have already lowered their expectations when it comes to public schools (Sekolah Kebangsaan). More parents nowadays prefer to send their kids to Chinese vernacular schools, (if they have the means) private schools; or fake their addresses so that their children can enrol in more decent public schools in neighbouring areas.

Why are the majority of public schools suffering from this negative image? Looking beyond what’s being taught, the quality of a public school mainly depends on the quality of whoever’s doing the teaching. Being a professional educator used to be viewed as a noble profession by society back in the day, and given a lot of teachers today break their backs to uphold that legacy, it’s sad to see that there are many whose methods and syllabus are still questionable.

Here are some of the issues that commonly plague public schools in Malaysia but are swept under the rug. See if you can relate to these unfortunate 5 things that happen in Malaysian public schools:

1. Counselling has turned into the criticism of students’ lifestyles

Counselling is used to help students come to terms with any problems they are facing, with the ultimate aim of overcoming them. It’s that simple. If a student is facing serious bullying or family problems, the school would definitely chime in and help them out.

But with this responsibility, some counsellors (who are also teachers) use this power to step over boundaries that are simple unnecessary and straight up petty. In the name of “counselling”, some friends of mine had been called in to have a discussion on how they dress outside of school. Emphasis on ‘outside’.

Cases like students’ social media postings that are provoking towards the school are also seen as a problem. I even had a friend who was called in because a teacher was not happy about their family’s so-called “liberal” lifestyle. Instead of solving a problem, it creates more stress. Oh, the irony.

Muslim girls in particular are always the victim when it comes to this. This may seem like TMI, but I’m writing this down anyway. Apparently there are some public and boarding schools that check if a student is on her period by touching their friggin’ underwear!

As y’all know, if Muslim girls are on that time of the month, they are forbidden to perform their prayer. A religious teacher (Ustazah) would sometimes physically check to see if that person is wearing a sanitary pad or if they are lying in order to avoid praying.

I know girls can lie too, but there’s no need to put you hands in to prove something like that, it’s a violation that should not be tolerated. Not to mention all the dress-codes that are implemented, for example: ‘Girls should wear nude coloured innerwear to avoid “distracting boys”‘. Some schools have even unofficially ban girls from wearing pinafores, and in some cases this applies to non-Muslim girls as well.

There’s always that one teacher who is suspicious to everything and anything. The conspiracy-theorist, yeah.

Typically, they would insert some sort of political stance into their teaching and get carried away with it. And for some damn reason, if they do get reported, they are always give a second chance.

One thing that these type of teachers have in common is that they would probably hate one of all of this three things–Prom, International Understanding Day (IU Day), and/or Cheerleading–either deeming them “agenda Yahudi” or an “Illuminati” conspiracy.

I once had a teacher who would recruit students to create and pass out flyers that were against IU Day. Stating that the event stems from the Jews and if we participated, we’d be a disgrace to our religion. But like I said, the school forgave the teacher and gave them another chance. It’s crazy how easy it is for teachers to instil harming ideologies into young minds.

Surprise! This sh*t happens too.

Cases of Malaysian students being possessed or going into hysteria are normal, but oh boy, let me tell you a story. I once had a teacher, let’s call her Miss A who was unsatisfied with another teacher, Miss B. So, she sought a shaman to “disturb” the other teacher. Miss B was performing bad in class, constantly zoning out in between conversations, and would cry out of nowhere in front of her students. It was so bad that an Ustaz had to step in and soon discovered that all of this was done by Miss A.

Teachers need to stop wildin’ out and learn to solve their problems the mature way. School’s no place for mystical sh*t.

This might seem like a common thing that happens in school, but that’s more the reason to put an end to it once and for all. As progressive or “1Malaysia” as some schools appear to be, there are institutions that play the racism card. Before I elaborate the point, I want to make it clear that not all schools and teachers are racists, but there are instances where we can clearly see red flags. When that happens, what can a 15-year old do? Some might stay quiet and others, well, they might retaliate.

I have a friend that went to a not-so-pandai school. According to him, there were times where some teachers would make a speech that sounded like one of Hitler’s (May God burn his soul), that Malays should do better, study better and take charge because this is our land. Teachers would also pit students from different races against each other just to see who’d do better.

As if this country has not seen enough race-based politics, another traditional practice, though usually confined to primary schools, is when students are asked to reveal what their parents do for a living in front of the whole class. So you get one student’s father who’s a lawyer, another student who’s dad is a doctor, and then one who’s father is a garbage-collector. In a woke society, this wouldn’t mean much, but in a Malaysian society that judges people based on race, financial standings and family background, this is just another bullet for a bully to use or at the very least leads to alienation from the rest of the class.

Another Brick in the Wall…

As the upcoming GE rears in, and politicians begin to shout their heads off, let’s not forgot that Malaysia’s largest number of register (and unregistered) voters are from the youth group, aged 20-30, and this group is expected to grow exponentially in the future. Needless to say, we have a HUGE youth population which is one of Malaysia’s economical strong points.

So if we are serious about crafting a knowledge-based society, highly-skilled and tech-savvy, we have to start from the roots and remove the corrupting practices that go on unhinged daily in our public schools. Let’s make sure that no kid is made to feel ashamed, segregated or corrupted by lesser educators.

To blow your brains out even more, click here.