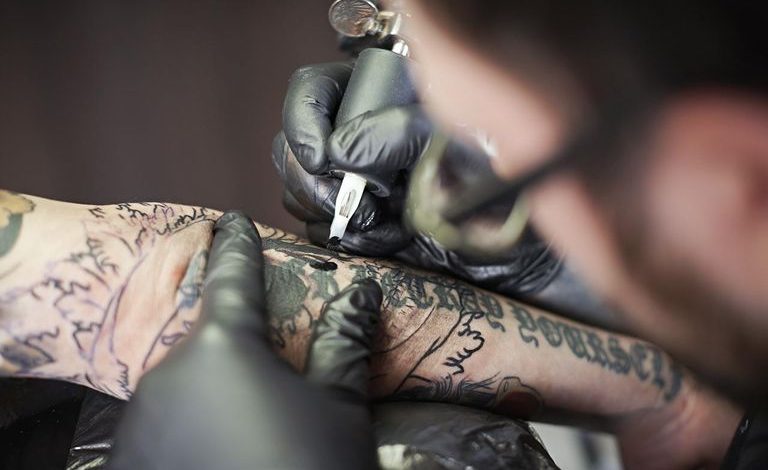 Back in the day, people use to give cold stares to those who are inked, assuming every negative connotation possible. But now, tattoo culture have been more accepted, even in Malaysia. Just look at the amount of tattoo parlours popping up every now and then.

We’ve always associated tattoos as a form of expression. Like every other medium of art, people can tell you stories of every tattoo they have on their body, whether it has a significant meaning or just cool af.

Today, we’re going to look at some of the best pop culture-inspired tatts – from movies, TV shows, animation and more, which you can use as a reference for your future inks, if you plan on getting one. (We think you should).

Here are some of the best pop culture inspired tattoos.

The Joker and Harley Quinn has always been famous in comic book romance, so if your relationship is a rollercoaster ride like theirs, maybe this one can inspire you.

There are two things that can never go wrong; Americana style tattoos and the X-Files. The two of them together just looks great.

Scott Pilgrim vs The World

This is an example of ultimate nerdism and commitment. A full sleeve of a panel from Scott Pilgrim’s graphic novel?! Legend.

Studio Giblhi’s animated films is one of the best, if not the best in its genre and any character you get tattooed on your body will look cool as hell. Yes, even My Neighbour Totoru would look cool af.

We knew the show was going to be a hit success, and we also knew that people were going to get inks inspired from the show, but this one is so good. It’s cartoony and minimalistic. Barb will always be remembered.

What else can we say? Star Wars tattooes are always cool to get, especially if it’s Dad Vader.

Is this the ultimate Spider-Man fan? We guess so. Just look at the back of this guy. The design looks heavily inspired by 90s Spidey.

Uhh… It’s also *burp* cool to get a *burp* a tattoo of Rick and Morty. Wubba lubba dub dub!

An Autobot logo with a flower integrated in it. We prefer Decepticons, but the flower here gives it a unique look, donchathink?

People think that tattoos should always have a significant meaning, which is fair, but if you think it’s cool to get a Spongebob meme tattooed on you, then go ahead.

Aside from that, here‘s a list of Malaysian tattoo artists that you should definitely check out.

A married couple, a crow, and a tattoo parlour.