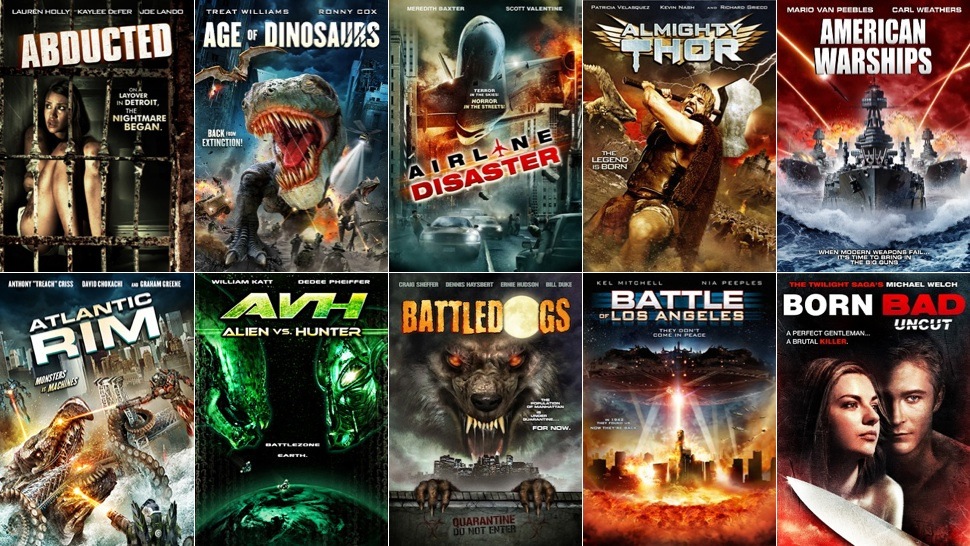 Look how far we’ve come. With new technology and decades of storytelling on the big screen, expanding on iconic films have become the norm for Hollywood. Big franchises are dominating the cinema, from Star Wars‘ ever-expanding mythos to the numerous superhero movies to the almost-annual speed-junkie affair that is Fast & Furious–filmmakers and producers have found a golden goose called Sequels. But this is not a listicle denouncing remakes like The Mummy, Godzilla or King Kong (all of which didn’t leave much of an impression on movie goers).

No, this is a list dedicated to the ripoffs of your favourite movies that have been franchised to sh*t! Think of it as karma if you feel that sequels are usually badly-made with the sole intention of cashing in.

While major studios spend years with great talent and huge budgets to produce these movies, smaller production companies have taken the liberty to just f*ck it and get the moolah. If you’re a movie buff, we’re sure you’ve heard of The Asylum. Notoriously known for their mockbuster flicks, they’ve done their version of every film you love.

The Asylum’s Oscar-worthy yet critically-shunned films include a Transformers knock-off called Transmorphers, a Street Racer aka Fast & Furious rip-off, and the Avatar vs Alien crossover that James Cameron could only dream of; they’ve done it all. However, not all small studios are as industrious as The Asylum–some plainly don’t give a damn.

Since we here at JUICE have no life (serious, check our Tinder accounts), we like to spend our free time exploring the dark corners of the net. It does leave some scars… but look at what we found!

Here are 10 Hollywood rip-offs that could either be entertaining or just plain torture. You’re welcome and sorry.

What’s cooler than Iron Man? Metal Man! Not. The premise of the movie revolves around a genius billionaire who builds a suit of armour to stop an evil guy that… You get the point. It’s a total rip-off of Marvel’s Iron Man and was released the same year. Our biggest question is, where was this dude during the attack on New York?

Instead of having to hide and work with a human like Remy in Disney’s Ratatouille, Marcell Toing, a rat with a much more authentic French name, owns one of the best restaurants in Rio de Janeiro (are French mice a thing in Brazil?). This rat is straight up whack, his mission is to go undercover and steal ingredients from human restaurants just to make sure that his cooking is the best. Talk about ego, eh.

We’re all in this together, as we sing for God and pray to make sure our dreams come true! That’s not a song from the film, but we sure wish it was. In Sunday School Musical, a bunch of teens enter a talent competition to win money to save their church because that’s better than asking for donations or music copyright.

4. Rise of the Black Bat

Just read that title again…. This Batman wannabe flick is straight up awful, ’cause it looks like a bunch of kids asked their uncles and aunties to star in it. Unlike The Asylum movies, this one didn’t even try.

Smart. Using another part of the ocean. Will Atlantic Rim and Pacific Rim create a crossover event like The Avengers and Guardians? Probably not. But since the Rihanna-version was pretty much slammed by every movie critic, there’s no way Atlantic Rim could get any worse. Or could it?

Gotta give props to The Asylum, man. They really experiment with their films although they know their work would ultimately be labelled as ripoffs. This one’s a buddy cop movie! With an android! We gotta be honest, Michael Jai White is an entertaining dude. He looks badass and he kicks ass. He did try, guys. He did.

Ah, one of the Internet’s favourite memes also has its own mockbuster flick. This rip-off of Bee Movie (which we actually enjoyed) is mind-blowing in the worst way possible. From the cheap ass CGI, to the sh*tty plot and everything else that you can think of–the plot revolves around one bee that likes fighting, and another bee that just wants make honey, and because human sucks at honey-making, the Queen Bee decides that they should start a war. You should not ask any further questions.

If you’re looking for a boring-ass, slow and dramatic movie about a bunch of daft soldiers during one of the most historical events in WWII, then maybe this one’s for you although we recommend watching the real Nolan-directed Dunkirk first.

We know what you’re thinking, “Is this the sequel to the original Titanic?” No, thank God no. In this movie, people decide that it’s a good idea to sail the ‘Titanic 2 ship’ through the same course the last one did. We don’t know what they’re trying to prove, but we like seeing stupid people die in movies. It’s harsh, but it’s also fun.

There you have it folks, we have more that we could put up but we don’t want to damage your brain any further, and since Avengers: Infinity War is out, we recommend you go see that instead.

ICYMI, check out all the superhero movies that are coming out this year.

Here’s Everything You Need to Know About Deadpool

A brief history of the ‘Merc with a Mouth’.