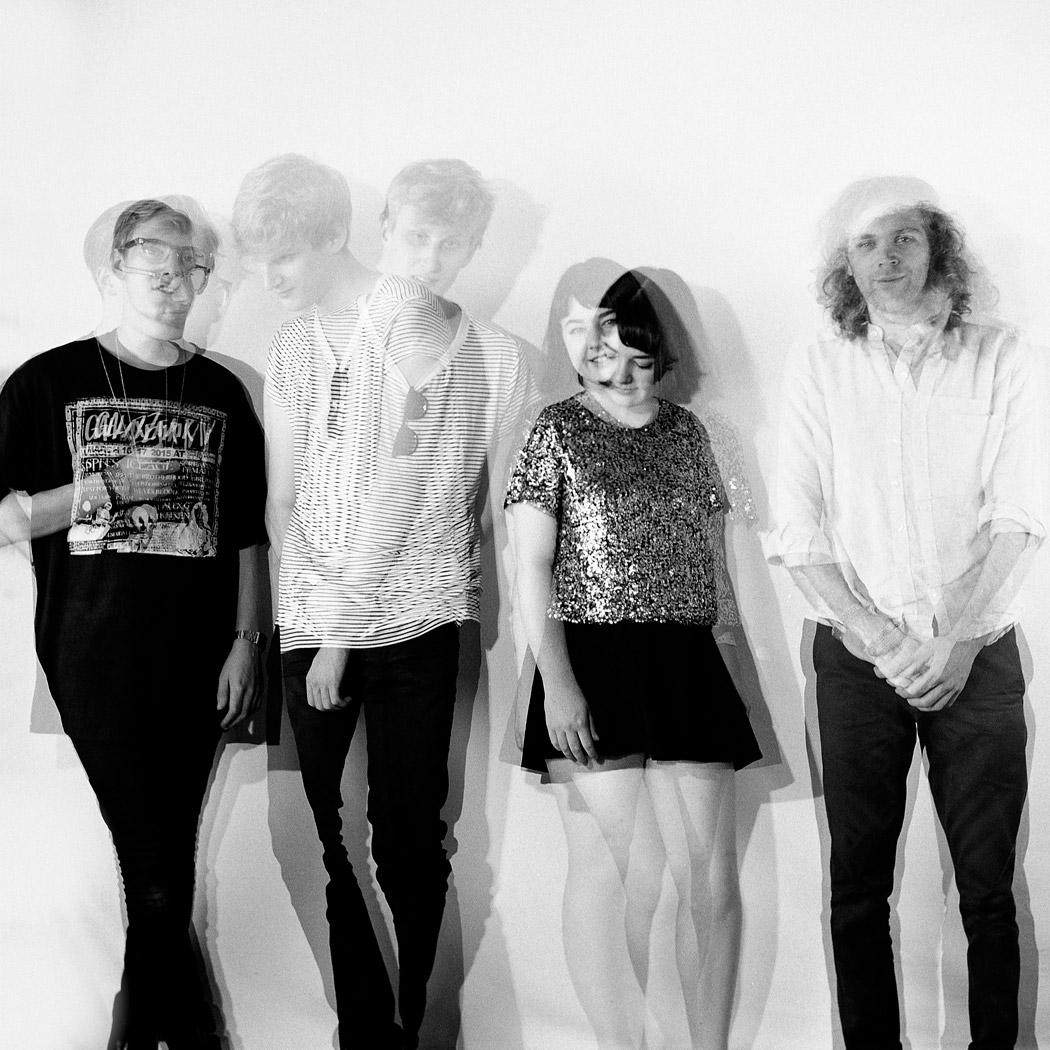 Yumi Zouma was formed after three friends decided to make music and uploaded them on the internet for the hell of it. With zero intentions of being considered a ‘real’ band, they looked at what they were doing as a music project instead. But the universe had something else in mind for them, and so fast forward to a year after releasing their self-titled debut EP, Yumi Zouma — or stylised as Y u m i Z o u m a — are touring around the world and continuing to make more dreamy indie pop. Currently four members big, each one of them resides in different corners of the world and makes music by sending it over the internet and producing it themselves without actually having any physical studio time. JUICE was impressed by the long distance relationship the band members had with one another, so we spoke to one-half of the duo that started it all, Josh Burgess (the other being Charlie Ryder), about their band commitments in that regard, being a ‘real band’, and whether the best things happen when you least expect it.

Was Yumi Zouma formed while all of you were apart or was it something that was created before you all migrated to different parts of the world?
We were apart physically when we started Yumi Zouma. However, we were always talking online. In some ways we grew closer being apart!

How did the three of you meet? And what are you guys doing now apart from music (do you have any daytime alter egos)?
There are actually four of us now! We all met in Christchurch where we used to live (Christie still lives there). Yumi has taken over our lives a little bit at the moment! I work at a record label, Charlie just finished his masters, Sammy is a painter and decorator, and Christie is a graphic designer.

You all assumed Yumi Zouma would be more of an ‘internet project’ rather than a ‘real band’, was there something that led to you guys thinking that? Or was it a case of “you will receive most when you expect least”?
Circumstances and some really fun opportunities changed the things that Yumi Zouma did, but it never really changed our desire to want to live in the same place. So, in many ways, we still are an internet project. I’m not sure if receiving more when your expectations are low applies so much for us because we really had no expectations.

Are you a ‘real band’ now then?
I’m not sure. For me being a ‘band’ suggests some sort of ownership of an entity. We still feel like the most important thing is the music we make vs. the idea of a unit that creates something.

With pretty much everyone in the band being multi­instrumentalists and songwriters, there’s gotta be creative differences somewhere along the way. How did you move past that as a band in a ‘long-distance relationship’ with one another? Does it involve long email threads or are you all pretty much on the same page?
Deep down we all have a very deep respect of one another’s tastes and creative visions. If there were a disagreement, we’d spend more time trying to understand why someone thinks their direction is the best way forward. We’re also very aware that it takes all four of us to make a Yumi Zouma track, so with that in mind, you need to be flexible.

Many bands have trouble staying together even when they are based in the same city. How do you maintain a committed relationship when long distance is involved?
Being apart helps a lot. It’s exciting when we get to see each other. It’s like seeing old friends! We all hug and laugh. Tension comes when you run out of things to talk about. Luckily, because we have been apart, we have new stories and experiences to share (smiles).

Is creativity strained or is there more freedom when you’re not constantly surrounded by one another? For example, you can think as individuals rather than ‘as a band’ when you’re alone…
I think being apart gives an individual space to explore something without barriers. It’s harder to let your creative subconscious flow when people are around you. One of the biggest advantages I find is that someone can take an idea that someone else has started, chop it up, and represent it fully formed. It’s harder to do that with someone over your shoulder who’s concerned with what you’re doing!

What’s the story behind the name Yumi Zouma?
It’s the name of Sam’s family painting and decorating business in Geelong!

Yumi Zouma is set to perform at The Bee, Publika for the Upfront series tomorrow (Wednesday 26 August ‘15).