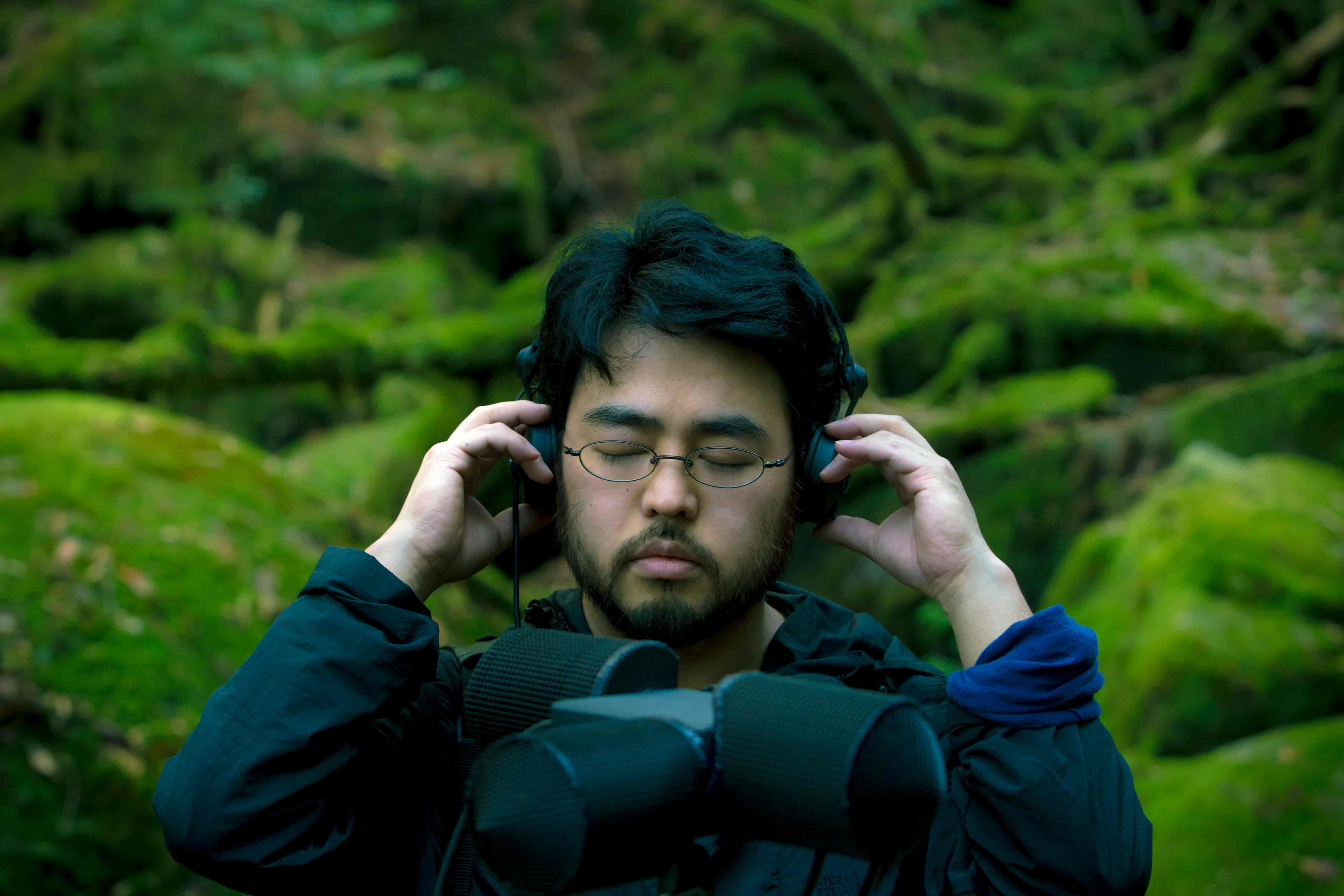 When you listen to Yosi Horikawa, you aren’t just listening to music, but rather the very essence of sound itself. Artfully juxtaposing textural noises and samples that he’s recorded in the field with delightful contemporary tunes, Yosi has grown to become a master of this craft over the past few years, all thanks to his hard work, as well as the Red Bull Music Academy. JUICE talks to the Chiba-based sound artiste about his debut release Vapor, collecting freakish noises on mountaintops, and how studying architecture has helped him out in creating his very own brand of music…

You’re known for your usage of field recordings in your tracks. To date, what was the craziest experience you’ve had to go through to obtain a certain sound that you wanted?

It’s difficult to choose the best one, but the voice of a monkey that I recorded in Vietnam was pretty crazy. I was sleeping at a mountain hut, early in the morning, before being woken up by something. I prepared my recorder very quickly and recorded it, but I wasn’t able to find its source – I thought it was the voice of a bird then. After breakfast, I went to find it with the boat, and instead of a bird, it turned out that it was a monkey. They sounded very extraterrestrial and not like a voice of natural creature at all.

Have you got a wishlist of places to go to or things to record, then?
Yes, and it contains places that are generally pretty hard to get to, like the Amazon, the Poles, and the centre of the ocean.

What inspired you to make music from everyday sounds, rather than to follow the norm and craft songs wholly out of computer-generated samples?
I think every day sounds can remind people of their own experiences, memories and imaginations – sometime sceneries, and they may empathise with the recorded sounds. It means a lot to me when they do.

Has your background in professional architecture in any way influenced the way you orchestrate and produce your music?
Hmm, I didn’t intend to connect the music to architecture. But some of my friends told me I make three-dimensional music. Then only did I become conscious of the fact that I might have tried to make space with the sounds. To be exact, I’m trying to make my music be like a movie, except that there is no hero or heroine in it. There are only sceneries. I wish for the listener to be the main person in my music, and hope for them to experience their own stories.

Having experienced both worlds, why did you decide to move to Chiba after staying in the musical hub that is Tokyo?
I was living in Tokyo for over 10 years, and moved to Chiba because I just wanted a quieter place to experience some calm. I did get it, but now I want even more quietness, so I will probably move to the countryside in the future.

You released your debut full-length Vapor almost a year ago. Have things for you changed since then, or is it the same for Yosi Horikawa the artiste?
The biggest difference was probably the world tour that I did after the release of Vapor. To be honest, I connected with Zoobook before releasing my album, and they planned it. I think it’s really rare to have such amazing experiences – being able to travel to so many places.

Are we going to see a concept release along the same lines as Vapor in the future, or have you grown out of that particular style of music making?
Now I’m just thinking about that. I will do something different from the first album, but I will not change the main “recording” style. I already have some good new sounds from all over the world, but I think I will focus on the texture a little more.

How did joining the Red Bull Music Academy help you out in furthering your artisanal craft, given that your productions are a lot more leftfield compared to the usual mould of artistes that the Academy gets?
I made music alone before the Red Bull Music Academy, so it was really special to see and collaborate with so many great musicians at the same time. It was also great to notice the difference of my style from other styles, and that I knew that people could enjoy my sounds.

Have you got any plans (that you can share with us) to make 2015 a year as monumental as last year was for you?
2014 was definitely a very special year from me, thanks to the support of the RBMA. This year, I’m working on some amazing projects, and an album pretty soon. I’m currently on my tour of China, and I’ll be going on a European tour in Spring. It will be a great year, and I’ll keep doing my best!