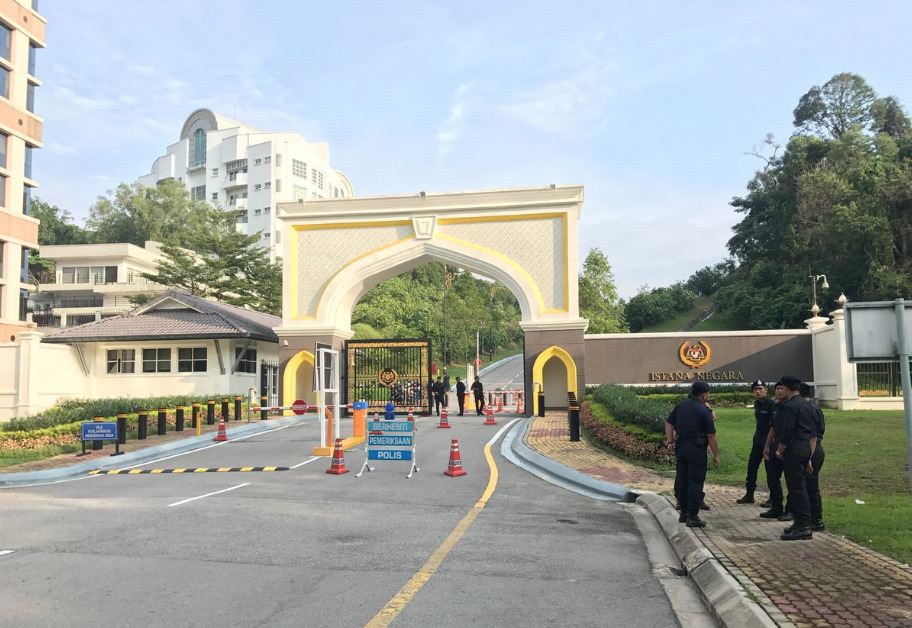 We thought everything ended on a high note early this morning, but CNA’s Sumisha Naidu has reported on Twitter that the Palace where Tun Mahathir’s inauguration should take place this morning is seeing heightened security at each entrance.

Palace confirms swearing in won’t be taking place today, with heightened security at each entrance. When will Dr Mahathir be sworn in? #GE14 pic.twitter.com/NQDQjj2WlS

According to her, police have blocked the National palace entrance and and told her “The government has not been formed. Nothing is happening here.”

Can only assume something is happening behind closed doors. But before we jump the gun, let’s wait for the official word.

PH Supporters have already turned up to witness Dr M being sworn in as PM.

Dr Mahathir’s swearing in may not be confirmed but some supporters have come to the palace all the same. https://t.co/eC8OBXpRqj #GE14 pic.twitter.com/R7urveIRVZ

This almost 21-year-old has come to the palace by himself to wait for Dr Mahathir. “This is historic… This is a moment for us, the youth, to be exposed to political activities”. #GE14 pic.twitter.com/QX09GPBJVb

The CNA Reporter also noted Dr M’s outfit which “is not the outfit that PM candidates wear when being sworn in.”

This photo is circulating but this is not the outfit that PM candidates wear when being sworn in. Stay tuned for updates on what’s actually happening with Dr Mahathir’s swearing in. #GE14 pic.twitter.com/Galkk9dE9n

Dr M and PH were announced the winners of GE14 early this morning after hours of poll tallying. Dr Mahathir’s inauguration as Malaysia’s Prime Minister was meant to be held at 9:30am today. During a press conference at 2.45am, Mahathir said that he will appoint Datuk Seri Wan Azizah Wan Ismail as the deputy prime minister once he is sworn in.

So far Najib has not contacted Dr M to congratulate him on PH’s win, but NST has reported that a black tinted van has left Najib’s residence. 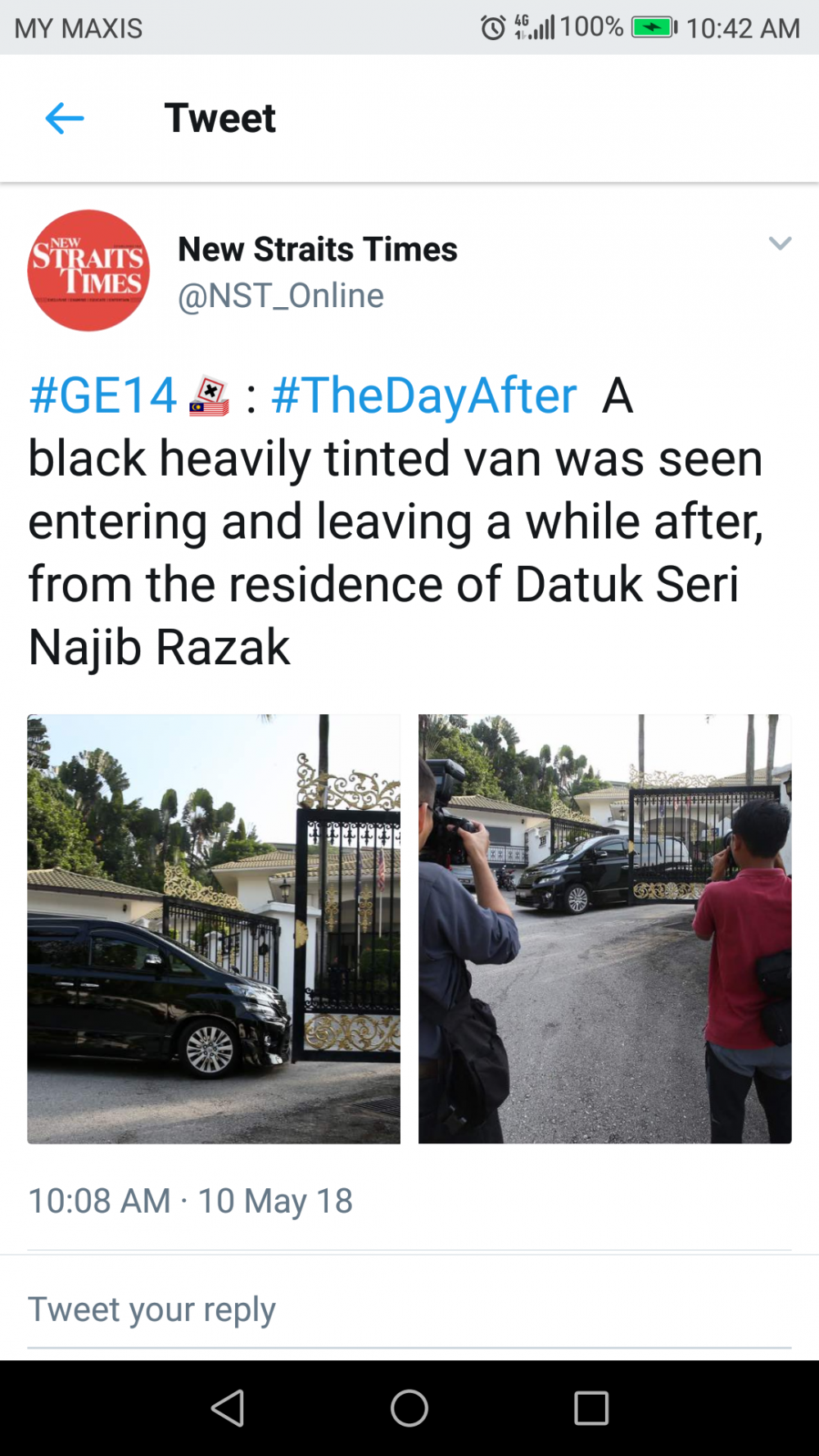 Some messages that we’ve been receiving on Whatsapp point to a technical issue on why Dr M is not sworn in yet–because Pakatan Harapan’s coalition has not been formalised; therefore Keadilan (PKR) which won the most Parliamentary seats doesn’t quality to form a new government as they are short of the 112 seats needed without the other component PH parties.

We’ll keep you update as this incident unfolds. Stay tuned.