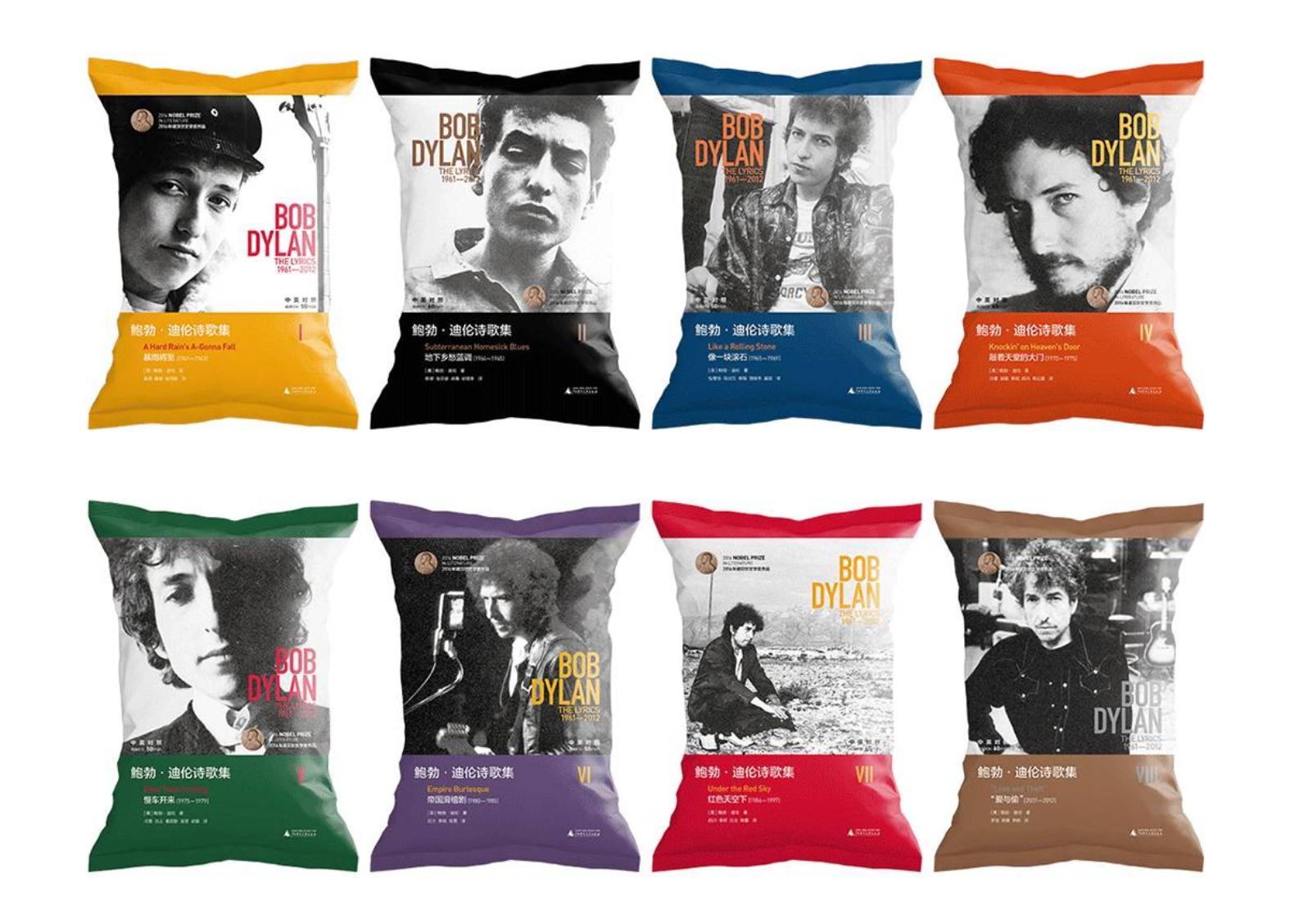 News spreads fast on the Internet, and word about what appears to be Chinese potato crisp packets sporting Bob Dylan’s face could not have spread faster. Many denizens of the Internet were as confused as one would be when taking in this bizarre combination – there are eight different bag variants available, each containing what people presumed were different flavours of crisps themed around Dylan’s most famous works. But the answers were not found blowin’ in the wind (excuse the pun); they were readily available for those who dug deep enough.

It turns out that the potato crisp bags do not actually house real, Frito-Lay-type goodness, but books. That’s right – there are books in those potato crisp bags. This is where the pieces of the puzzle all fall together. The potato crisp bags are actually a clever, albeit very strange marketing campaign for eight new volumes of Bob Dylan’s lyrics, which have now been translated into Mandarin. Forget about potato crisps flavoured to taste like what ‘Subterranean Homesick Blues’ sounds like; if you get one of these bags you’re going to be chowing down on some of the most brilliant lyrics ever written from 1967 to 2012, in both English and Mandarin.

“What is the most popular thing?” asks the Chinese publisher’s website, in an article explaining why the potato crisp bag was the right choice for their publicity campaign. “We chose the potato crisp. You go to the supermarket in a rush to buy a bag of potato chips, and tear it open, or bite it open, or… cut it open. We hope [Dylan’s lyrics] can go from the bookstore to the streets; appear on the subway, convenience stores, vending machines – extend into people’s lives.”

When put like that, it’s a pretty clever gimmick. By paying homage to Bob Dylan’s own style of writing, and his constant adoption of popular traditions in folk music as well as the accessibility of his lyrics by just about anyone, music fan or not, the potato crisp bag packaging is one of the sweetest tributes ever paid to The Bard up to now.

This music video uses food to make you think about cravings of another nature – checkout Jocelyn Stemilyn’s ‘Junk Food’.