Today is a Public Holiday (Yay!), but do we actually know what’s the reason behind this holiday called Wesak Day? Some of us might know that it is mainly celebrated by the Buddhist, but is that all? Let’s look at what this day of celebration is all about and you might even learn some new things about your fellow Buddhist friends.

This day is actually Gautama Buddha’s birthday; however, it is also a day to honour and remember the life of Buddha from his birth till his death. For those of you who don’t know, Gautama Buddha’s life story is quite an interesting one. He was surprisingly born into a large clan called the Shakyas in Lumbini which is today know as modern Nepal. 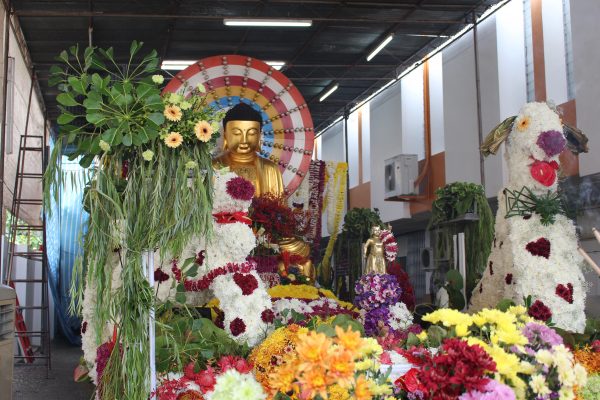 His father was a King who ruled that tribe but to keep his son from witnessing the miseries and suffering of the real world, his dad hid and raised him in a palace just for the little prince without the knowledge of religion or human hardship. When he reached his late 20s, the Prince begun to become curious so he ventured out beyond the palace and that’s when he started to discover the reality of life. He left his kingdom the next day and went on with his journey to find a solution to help the people.

This is why the 3 main highlights of this special day are his birth as Prince Siddhartha Gautama, his enlightenment where he achieved while meditating under the Bodhi Tree on the full moon of Wesak, and his death which concluded on Wesak Day as well when he achieved Nirvana. The celebration begins at dawn on Wesak Day where Buddhist devotees gather in various Buddhist temple to pray and meditate in front of the Buddha statues by singing hymns in praise of the holy triple gem: The Buddha, The Dharma (his teachings), and The Sangha (his disciples), burning joss sticks and also lighting up candles that are in the shaped of lotus flowers. The lotus flower symbolises Buddha rising above all earthly degradation to acquire enlightenment.

Devotees are also urged to do good on this day to remember the ways of Buddha by doing charity, abstaining from meat and observing the eight principles which are to refrain from destroying living things, stealing, sexual activity, false speech, alcoholic substances, eating at the prohibited time, earthly pleasures, and lying on a high or luxurious sleeping place. They also have to give out donations and food for the needy. 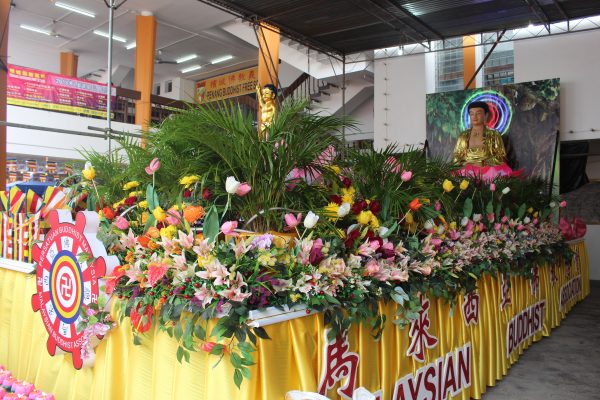 The main highlight in Malaysia would be the procession held at night where Buddha’s statues which are lighted up will walk the streets followed by the devotees behind it. It will consist of statues of Baby Buddha, meditating Buddha and also reclining Buddha and will be decorate with flowers, Buddhist flags and also leaves from the Bodhi tree that are heart shaped, as Buddha achieved enlightenment under that tree.

The reclining Buddha statue appears rarely during processions but it symbolises the Buddha’s last moments before he died. The posture of the Buddha’s statue always depicts him laying on his right side with his head resting on his right hand. Penang is home to one of the largest and longest reclining statues of Buddha. Locals called it the sleeping Buddha statue and carry out annual processions rather grandly. Overall, Wesak Day is a very peaceful celebration for all Buddhists as with the main teachings of Buddha. It is to remind the devotees of their fellow leader’s good doings and encourage them to do the same by giving back to the less fortunate and also to be kind and selfless.