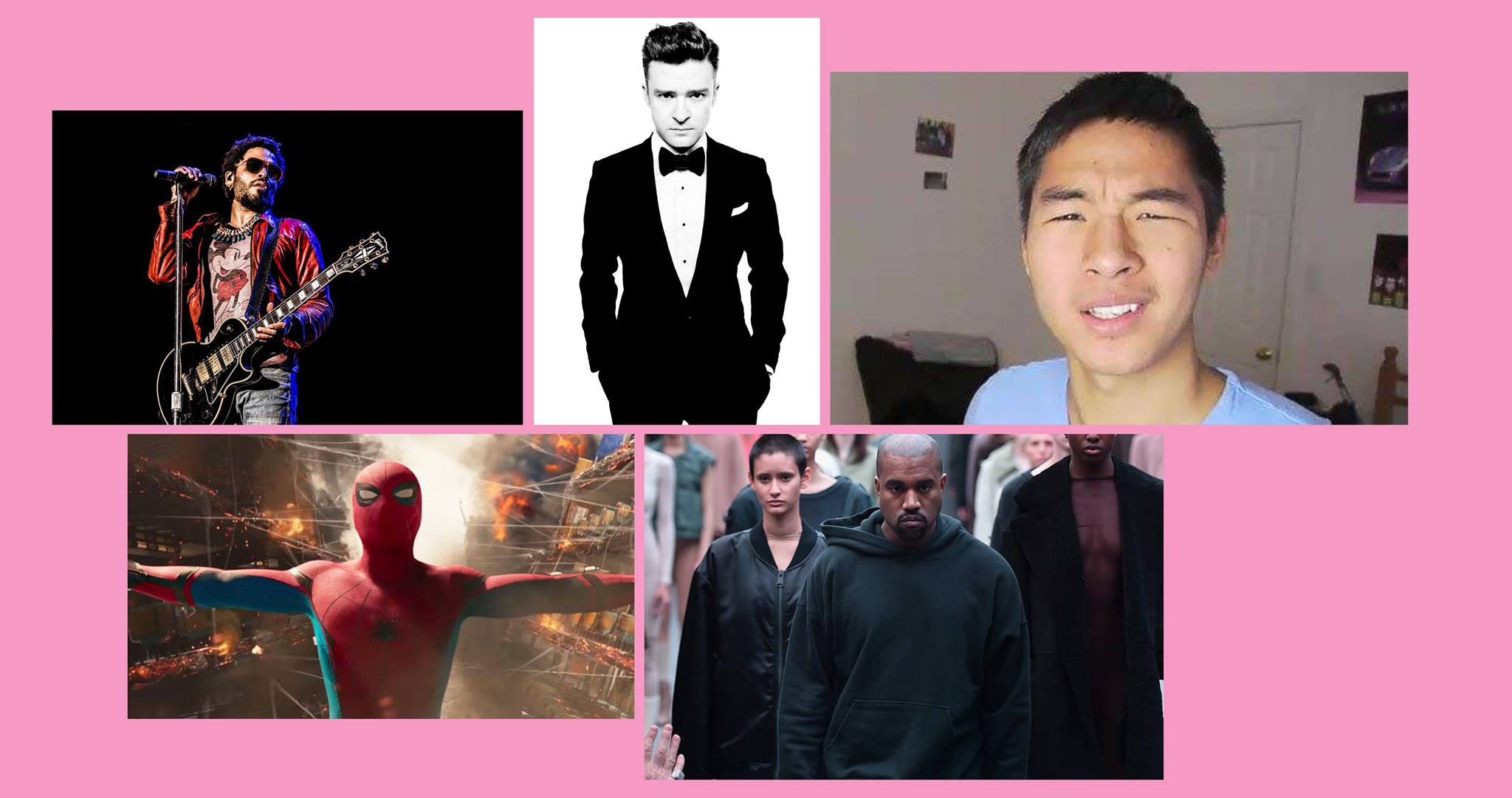 There’s always something going on everyday and this time around, JUICE has the scoop on some things we think you cannot not know. First of all, our golden boy from N’Sync is giving hints on a possible music release. Then, there’s the infamous Kanye West with a new collection for Yeezy. Read to find out more.

• Spider-Man might be leaving the Marvel Cinematic Universe after Jon Watts’ Spider-Man: Homecoming sequel is completed. Sony’s deal with MCU can only go so far, but they’ve already planned to keep Spidey around by bringing in other characters like Black Cat, Venom, and Silver Sable for a separate Marvel Universe under Sony Pictures.

• We previously mentioned Snoop Dogg inducting Tupac Shakur on the Rock and Roll Hall of Fame. Now, Lenny Kravitz will be honouring the one and only Prince at the Rock Hall Induction Ceremony happening on 7 April. Alicia Keys, Pharrell, and Dani Harrison were also added to the lineup.

• Justin Timberlake sends a cryptic message via this photo of him with long-time collaborators Pharrell and Timbaland on Instagram. When the three of them come together, it can only mean one thing: Great new music is on our way. Though his 2013 album The 20/20 Experience was a great neo-soul treat, it’s been a while since it was out, and we can’t wait to hear what this new record has in store for us.

• There are tons of YouTubers out there but KevJumba (real name Kevin Wu), was one of the pioneers of vlogging way before it became a common thing. After disappearing from the scene in 2013 without any proper explanation, Kevin bounced back with a video that detailed his near-death experience alongside an acting reel with the words, “Expect to see comedy videos soon as well.”

• Kanye is here to present us with his Yeezy Calabasas Line, following his wife Kim Kardashian’s little teaser on her Instagram page. Expect to find a range of stuff from caps to shoes to sweatshirts on his website if you’ve been a follower of this rapper-turn-designer since day one.